Witnesses at Australia's Royal Commission have implicitly described an experience common to many with cognitive disabilities - being treated as 'sub-human'. Attitudes need to change, they say. 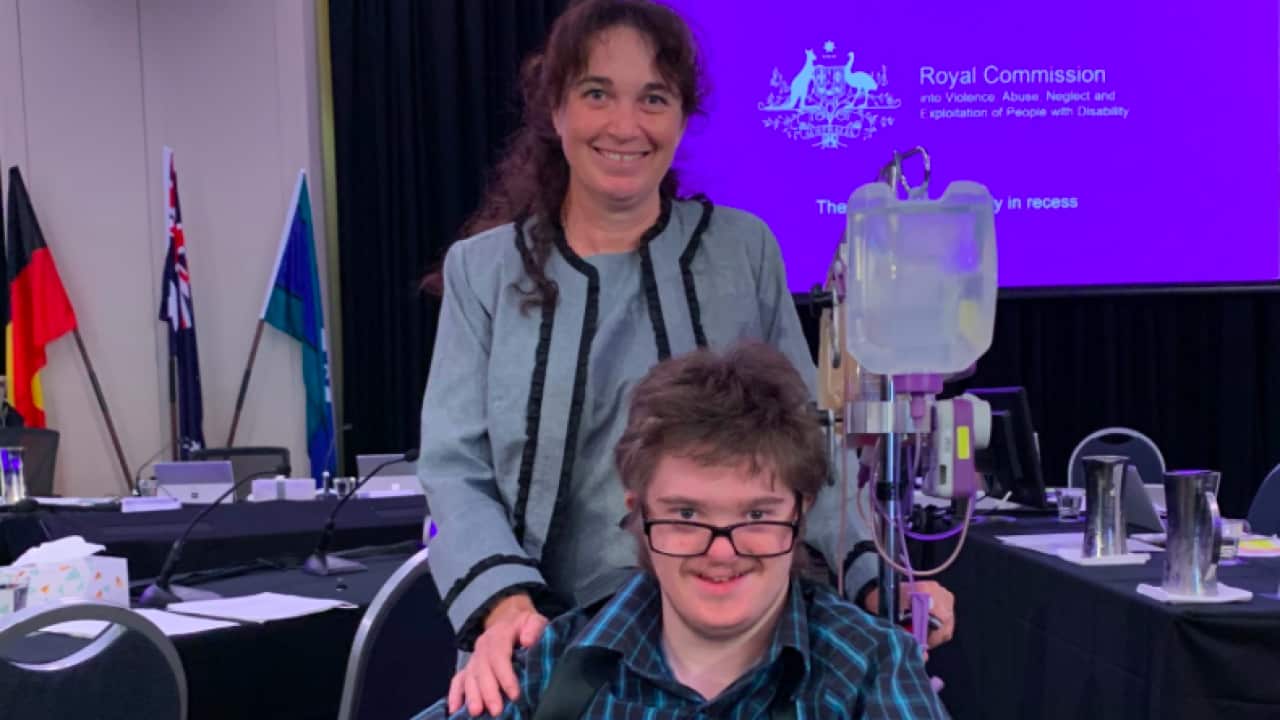 We were warned that testimonies at the Royal Commission into Violence, Abuse, Neglect and Exploitation of People with Disability would be shocking, and none more so than this week.

Toni Mitchell, from Toowoomba in Queensland, told the inquiry in Sydney on Wednesday that she has had to constantly justify her son’s life, even before his birth.

She recounted how a radiologist revealed in a prenatal exam that her son, Joshy, was going to have Down syndrome.

Advertisement
“People were murmuring and I was still crying, and then finally he turned around said, 'here's your appointment for a termination', gave me a piece of paper and walked out,” Ms Mitchell said, holding back tears.

“It set the whole tone for Joshy's life because in that moment, they completely disallowed his life. They said he wasn't worth living.”


Ms Mitchell said abortion was never an option for her.

“People need to be open, they need to see you don't need to be perfect, disability is ok,” she told SBS News after her testimony.

“And that it makes our community richer with the different perspectives that people bring to it and the different experiences they have.”

Joshy, now 19, sat next to her as she delivered her testimony.

Katelyn Smith often uses sport to escape the prejudices that have followed her throughout her life.

“I got bullied quite a lot at school because I was slower learning things at class,” she told SBS News.

“I couldn’t spell to save my life so the kids would call me ‘dumb’.”

Katelyn Smith said has used sport to escape from prejudice because of her intellectual development delay. Source: SBS News

Ms Smith, 23, from Sydney, has an intellectual development delay but is considered high functioning. Her sporting talents include swimming, football, ten-pin bowling and athletics - in which she has represented Australia in the javelin.

Nevertheless, she does not feel she is given the respect she deserves.

“People don't kind of respect me because they know I'm a bit slow, so they're always talking down to me, going 'this is how you run it', or 'this is how you do things' when they actually know nothing about it.”

“They don't have confidence and faith in me that I know how to do it, so they treat you like a dumb idiot.”

“If you're not familiar with people you don't necessarily feel comfortable with them and that's been a stark issue that historically, there's been a sense that those are different people, they're not like us, in some cases they're not really human ... That's absolutely appalling.”

In his opening of the public hearing into health care in Sydney this week, chair of the Royal Commission Ronald Sackville warned the evidence of neglect and abuse “should shock the conscience of all Australians.”

He said the commission had received more than 590 submissions from people with disability, their families and other stakeholders, with several stories very difficult to comprehend.

But disability advocates and experts say such experiences are commonplace.

“We are hearing and valuing the voices of people with intellectual disability themselves which I think is the most important part.”

Ms Mitchell continues to fight against a society she says tried to dismiss her son, and it is Joshy’s world view that sets a good example.

“You ask him his favourite colour and it's rainbow. He doesn't just settle on one thing. He's very open to the world and I think the world needs to be more open to Joshy and his friends.”