The mother of a man who was inside the Orlando club where 50 people were shot dead has released the terrifying exchange of text messages between her and her son. The texts ended abruptly and she never heard from him again. 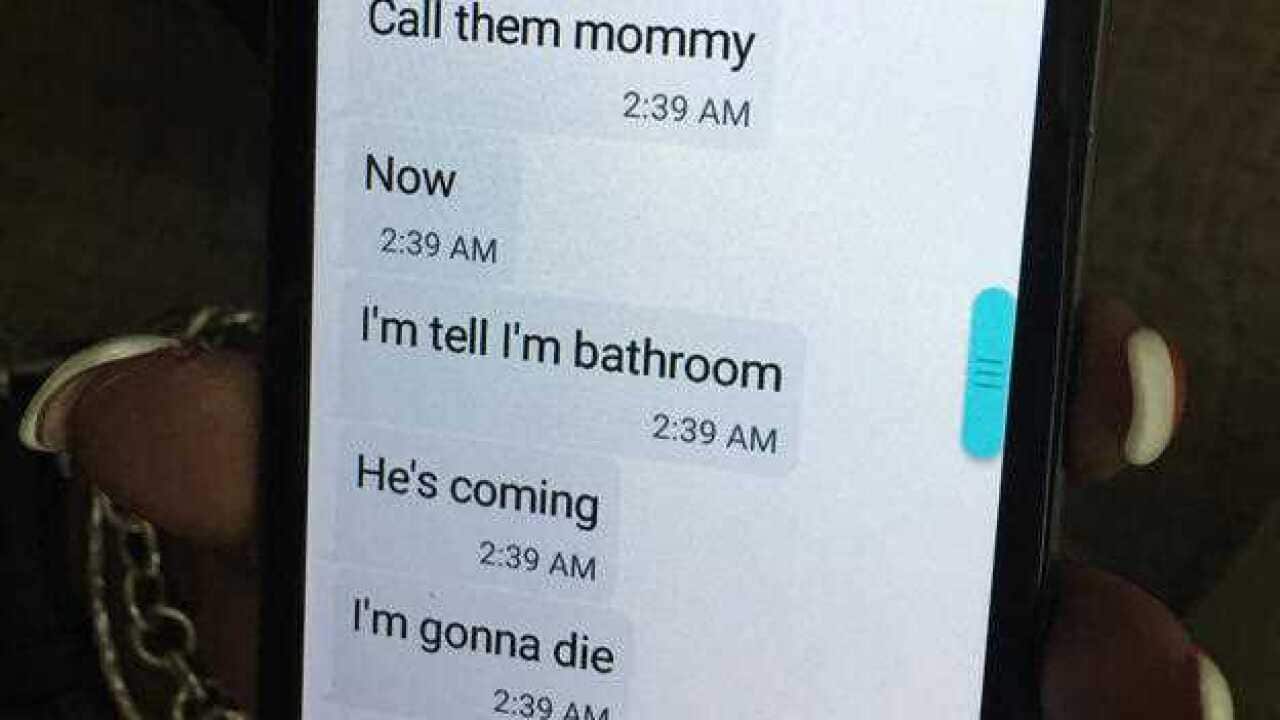 Mina Justice was sound asleep when she received the first text from her son, Eddie Justice, who was in the gay nightclub when a gunman opened fire and slaughtered 50 and wounded more than 50 others.

Here is the conversation she had over text message with her 30-year-old son.

Advertisement
"Mommy I love you," the first message said. It was 2:06 am.

"In club they shooting."

Alarmed and half awake, she tapped out a response.

She sent a flurry of texts over the next several minutes.

"U still in there

The 911 dispatcher wanted her to stay on the line. She wondered what kind of danger her son was in. He was normally a homebody who liked to eat and work out. He liked to make everyone laugh. He worked as an accountant and lived in a condo in downtown Orlando.

"Lives in a sky house, like the Jeffersons," she would say. "He lives rich."

She knew he was gay and at a club - and all the complications that might entail. Fear surged through her as she waited for his next message.

He wrote that he was in the bathroom.

Justice asked her son if anyone was hurt and which bathroom he was in.

Related reading
'Terror and hate': 50 dead in worst mass shooting in US history

When he didn't text back, she sent several more messages. Was he with police?

"Text me please," she wrote.

"No," he wrote four minutes later. "Still here in bathroom. He has us. They need to come get us."

At 2:49, she told him the police were there and to let her know when he saw them.

She asked, "Is the man in the bathroom wit u?"

Then, a final text from her son a minute later: "Yes."

More than 15 hours after that text, Justice still hasn't heard from her son. She and a dozen family and friends are at a hotel that has become a staging area for relatives awaiting news. Any news.

"His name has not come up yet and that's scary. It's just ..." she paused and patted her heart.

Mina Justice speaks to a reporter discussing texting with her son who was in a bathroom at Club Pulse, Sunday June, 12, 2016, in Orlando. Source: AAP

Clubgoer Joshua McGill described in a posting on Facebook how he fled the attack.

"I hid under a car and found one of the victims that was shot," McGill said, describing trying to bandage the victim with his shirt and quietly dragging him to a nearby police officer.

"Words cannot and will not describe the feeling of that. Being covered in blood. Trying to save a guy's life."

Ricardo J. Negron Almodovar posted on the Pulse Orlando Facebook page that he was there in the club.

"People on the dance floor and bar got down on the floor and some of us who were near the bar and back exit managed to go out through the outdoor area and just ran. I am safely home and hoping everyone gets home safely as well."

Jessenia Marquez wrote she had several family members in the club at the time of the shooting.

"Thank u lord bcuz my daughter my niece n nephew made it out safe," she wrote.

"My cousin did not and she is in my prayers as we wait patiently to get to her. Brenda we love u we are here with u. Isaiah angels were with u all. Be safe everyone please stand United in prayer."