Both leaders have been tested on the first day of the federal election campaign during visits to key marginal seats. 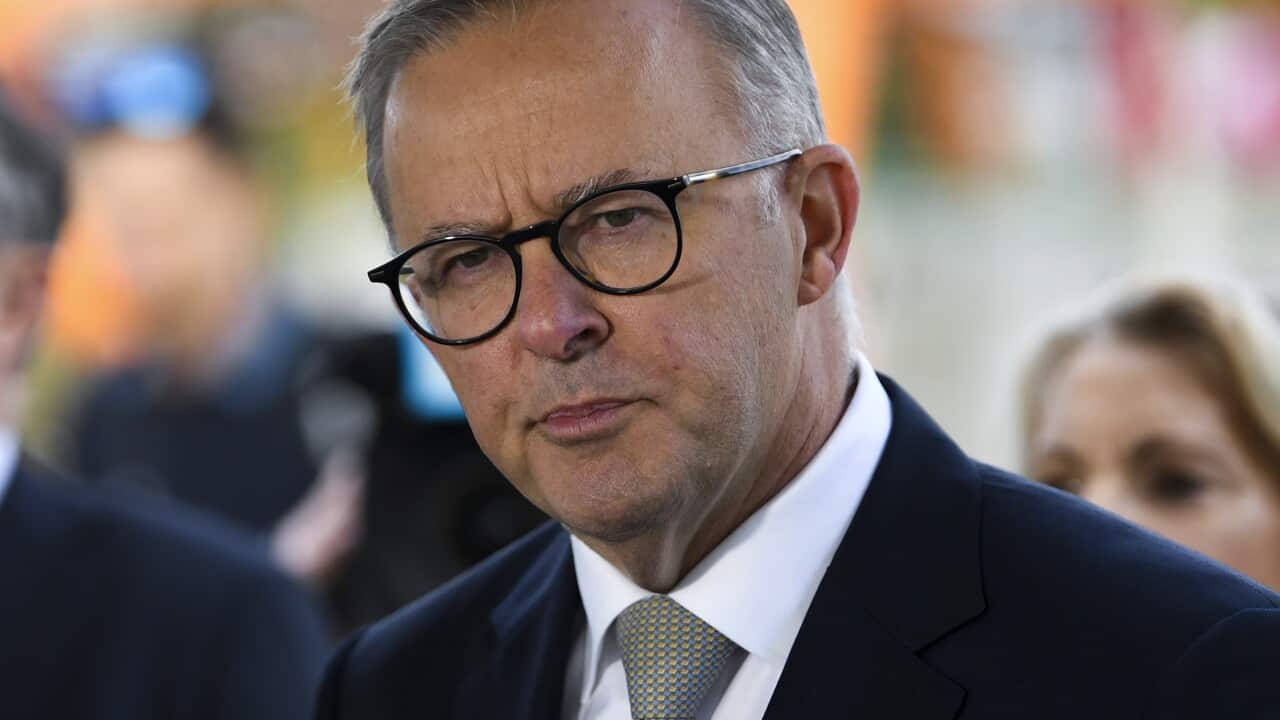 Prime Minister Scott Morrison has been tested with memories of the Black Summer bushfires as Labor leader Anthony Albanese stumbled out of the blocks
on the first day of the federal election campaign
.

The Opposition leader was forced to issue an apology after being unable to provide the correct figures for the unemployment or cash rates during a press conference.

Mr Morrison began his re-election pitch on the NSW south coast in the seat of Gilmore — an area including parts devastated by the 2019 Black Summer bushfires, and held by Labor on a margin of 2.6 per cent.

Advertisement
He made his appearance alongside high-profile candidate and former state MP Andrew Constance going on the offensive in their bid to win the seat at the next election.
READ MORE
The federal election has been called. Where do the major parties stand heading into the contest?
The visit forced the prime minister to confront backlash over his trip to Hawaii as fires ravaged the region, as well as his hostile reception in the town of Cobargo where some locals refused to shake his hand.

In January 2020, Mr Constance had suggested Mr Morrison got the "welcome he probably deserved" when hit visited the fire-hit area.

Mr Morrison said he had apologised for his handling of the Cobargo incident, when questioned about Mr Constance’s criticism during a press conference.

"I love it that he’s on my team because he calls it straight," he told reporters.

"He did on that day. What did we do after that? We got together, we worked out what the challenges were we had to overcome."

Mr Constance said that "we can’t reverse history" but promised to be "fierce" in his representation for the people of Gilmore.

The seat is currently held by Labor member Fiona Phillips.

Mr Morrison’s public appearance at Culburra Beach was met by a group of protesters wearing Hawaiian shirts and holding posters of the prime minister labelled "doesn’t hold a hose".

SBS News has been told by the prime minister's office that a local Labor councillor was a member of the protest.
The group was also seen singing the song April Sun in Cuba — connected to the prime minister since he played the song on a ukulele during a 60 Minutes interview.

He had used his press conference to announce a $40 million election commitment focus on road upgrades in the south coast region.

It came as Opposition leader Anthony Albanese admitted he made a mistake after being unable to recall key economic figures on the opening day of the campaign.

When questioned, he could not name the Reserve Bank cash rate or national unemployment figures.

"The national unemployment rate at the moment is, I think it's 5.4 [per cent], sorry, I'm not sure what it is," he told reporters in Launceston.

The latest unemployment figure is four per cent, while the official interest rate is 0.1 per cent and has not changed since November 2020.

Labor’s finance spokesperson Katy Gallagher — who was also at the press conference — was able to cite the figures when asked moments later.

Mr Albanese was campaigning in the seat of Bass in northern Tasmania, one of the most marginal seats in the country currently held by Liberal MP Bridget Archer.

He later issued an apology over failing to recall the figures in a statement to the media.

"Earlier today I made a mistake. I'm human," he said.

"When I make a mistake, I will fess up and set about correcting that mistake. I won’t blame someone else, I will accept responsibility. That’s what leaders do."
Mr Albanese had earlier suggested the questions were aimed at catching the leader out.

"We can do the old Q and A stuff over 50 different figures," he said.

"The truth is that ... the Reserve Bank have said that there'll be multiple interest rate increases, regardless of who's in government."

It comes as the latest Newspoll shows the Coalition narrowing the gap with Labor on two-party preferred, but the Opposition is still ahead 53-47.