Imran Khan's political party Tehreek-e-Insaf has revealed the secret identity of what it says is the CIA station chief in the Pakistani capital. 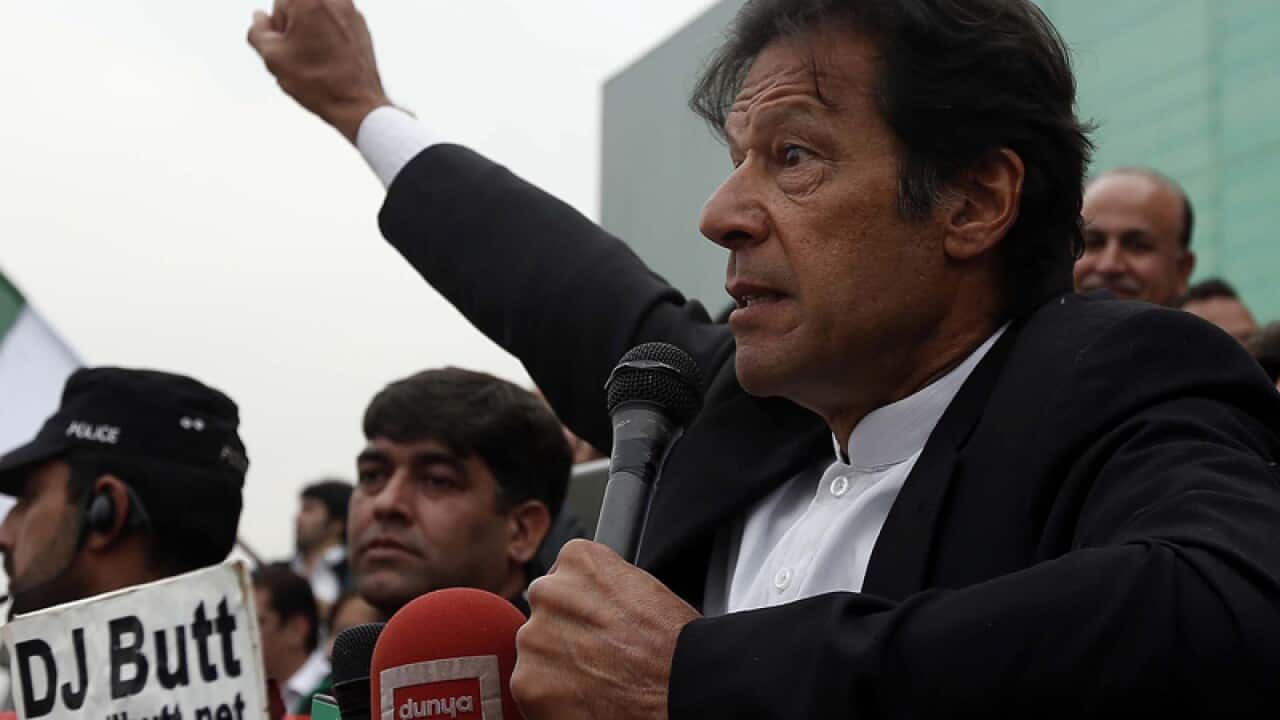 Imran Khan's political party revealed the identity of what is says is the top US spy in Pakistan. (AAP)

Rising anger over deadly drone attacks has spurred a Pakistani political party to reveal the secret identity of what it said was the top US spy in the country.

It demanded he be tried for murder, another blow to already jagged relations between the two countries.

A pair of US missile strikes in recent weeks - including one that killed the Pakistani Taliban's leader as the government prepared to invite him to hold peace talks - has increased simmering tensions after years of public fury over the covert attacks.

Advertisement
It was the second time in recent years that Pakistanis opposed to drone strikes targeting militants have claimed to have revealed the identity of the top CIA spy in the country.

In a letter to Pakistani police, Shireen Mazari, the information secretary of political party Tehreek-e-Insaf, called for the CIA station chief in Islamabad as well as CIA Director John Brennan to be tried for murder and "waging war against Pakistan" in connection with a November 21 drone strike on an Islamic seminary in the Khyber Pakhtunkhwa province.

The political party is led by cricket star Imran Khan and controls the government in northwest Khyber Pakhtunkhwa province.

It is one of the main critics of the US drone program and has pushed Pakistan's federal government, which is controlled by a rival party, to take extreme measures like cutting off the NATO troop supply line to Afghanistan until the US stops the attacks.

Mazari said in a news conference that the strike in the province's Hangu district killed four Pakistanis and two Afghans, and also wounded children.

In her letter, Mazari claimed that the CIA station chief did not enjoy diplomatic immunity and should be prevented from leaving the country.

She said interrogating him could produce the names of the pilots who fly the drones.

Anila Khawaja, a spokeswoman for Pakistan Tehreek-e-Insaf, declined to say how the party learned the station chief's name.

The Associated Press is not publishing the name disclosed by Mazari because it could not verify its authenticity.

The job of the CIA station chief in Islamabad is generally a one-year assignment.

It involves running the Predator drone program targeting militants and serving as a US liaison to Pakistan's Inter-Services Intelligence agency, where the station chief's identity is known by top officials.

In December 2010, the CIA pulled its top spy out of Pakistan after a lawsuit accused him of killing civilians in drone strikes.

The Pakistani lawsuit listed a name lawyers said was the station chief, but the AP learned at the time it was not correct.

Nevertheless, the CIA pulled the station chief out of the country after militants threatened to kill him.

It's rare for a CIA station chief to have their cover blown.

In 1999, an Israeli newspaper revealed the identity of the station chief in Tel Aviv.

In 2001, an Argentine newspaper printed a picture of the Buenos Aires station chief and details about him.

In both instances, the station chiefs were recalled to the US.