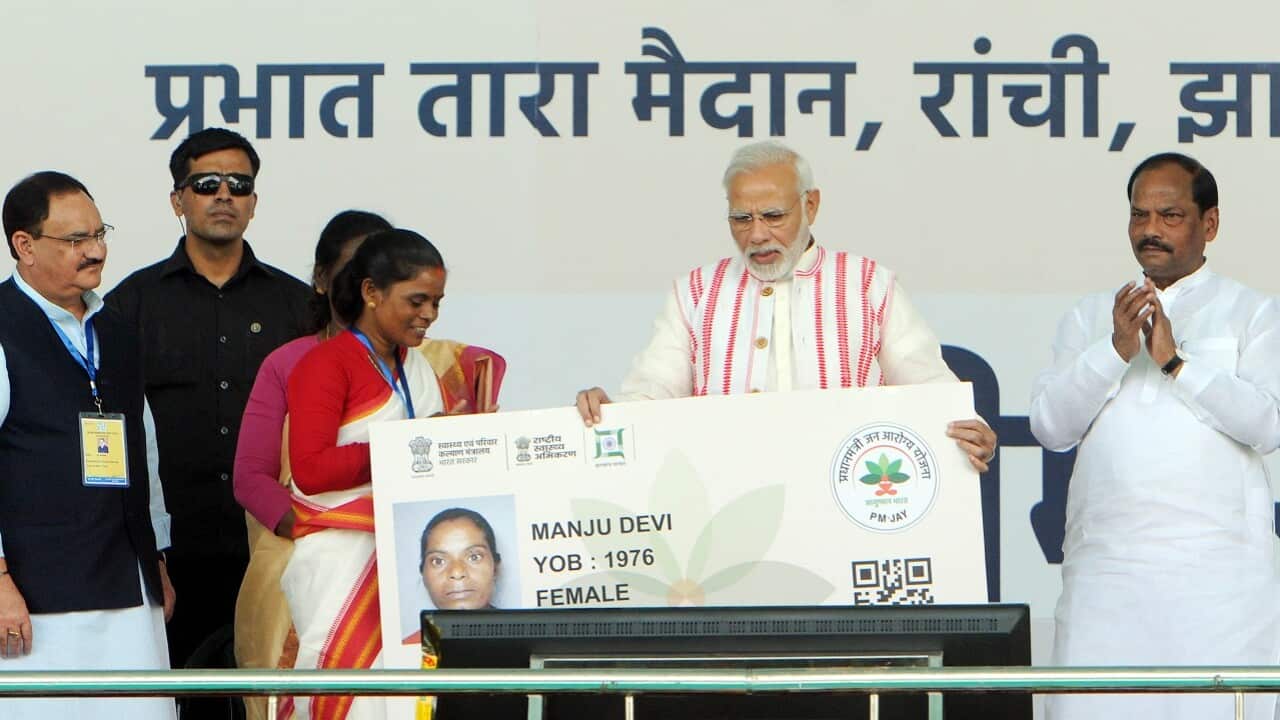 The bottom 40 per cent of India's 1.25 billion people will be covered under the flagship program, dubbed "Modicare", unveiled in the federal budget earlier this year.

Advertisement
The 100 million lowest-income families will be provided 500,000 rupees ($6,900) - a sizeable sum in India - in annual health insurance to treat serious ailments.

Modi handed medical cards out at the launch in Ranchi, capital of the eastern state of Jharkhand, calling it a historic day for India.

"We want to strengthen the hands of the poor and stand shoulder to shoulder with them in pursuit of good health," he posted on Twitter.

The scheme is expected to cost the central and 29 state governments $1.6 billion per year in total. Funding will be increased gradually according to demand.

India's overburdened public health system is plagued by a shortage of facilities and doctors and most people use private clinics and hospitals if they can afford to.

More than 60 per cent of the average family's spending goes on medicines and healthcare, the government estimates.

Many of the poorest just go without care.

A report published this month by The Lancet medical journal found substandard healthcare was responsible for an estimated 1.6 million deaths a year in India - the highest anywhere in the world.

Substandard healthcare was responsible for an estimated 1.6 million deaths a year in India, according to medical journal The Lancet. Source: Hindustan Times

Critics have questioned how the government plans to fund such an enormous safety net, and suggested it was little more than a sop ahead of elections next May.

Modi will be seeking a second term on a platform of pro-poor policies and "Modicare" is a key plank of his pitch to low-income Indians.

"This is going to be another scam. It will benefit only private insurance companies. The citizen of the country will realise later that it is nothing but an election gimmick," said Sanjay Nirupam from India's main opposition Congress Party.

But K. K. Aggarwal, a cardiologist and former president of the Indian Medical Association, said "politicking over the scheme should stop".

"It has been launched, and it is going to be a game changer," he told AFP.

Some healthcare providers have raised concerns about being left out of pocket, fearing the government has underestimated the cost of certain treatments.

"While we all work together to ensure the success of this scheme, there are areas that need focus and fine-tuning," he said.

Others say it should have included primary day-to-day healthcare instead of just secondary and tertiary care for more serious and long-term treatment.

"Modicare does not extend to primary health care, which, we believe, is the weakest link in the provision of public health in India," Rajiv Lall and Vivek Dehejia of the IDFC Institute think-tank said in a column for the Mint newspaper.