India's home minister said he believed a border standoff with China would end soon, after new footage emerged showing border guards from both countries fighting on a disputed patch of land in the Himalayan region of Ladakh. 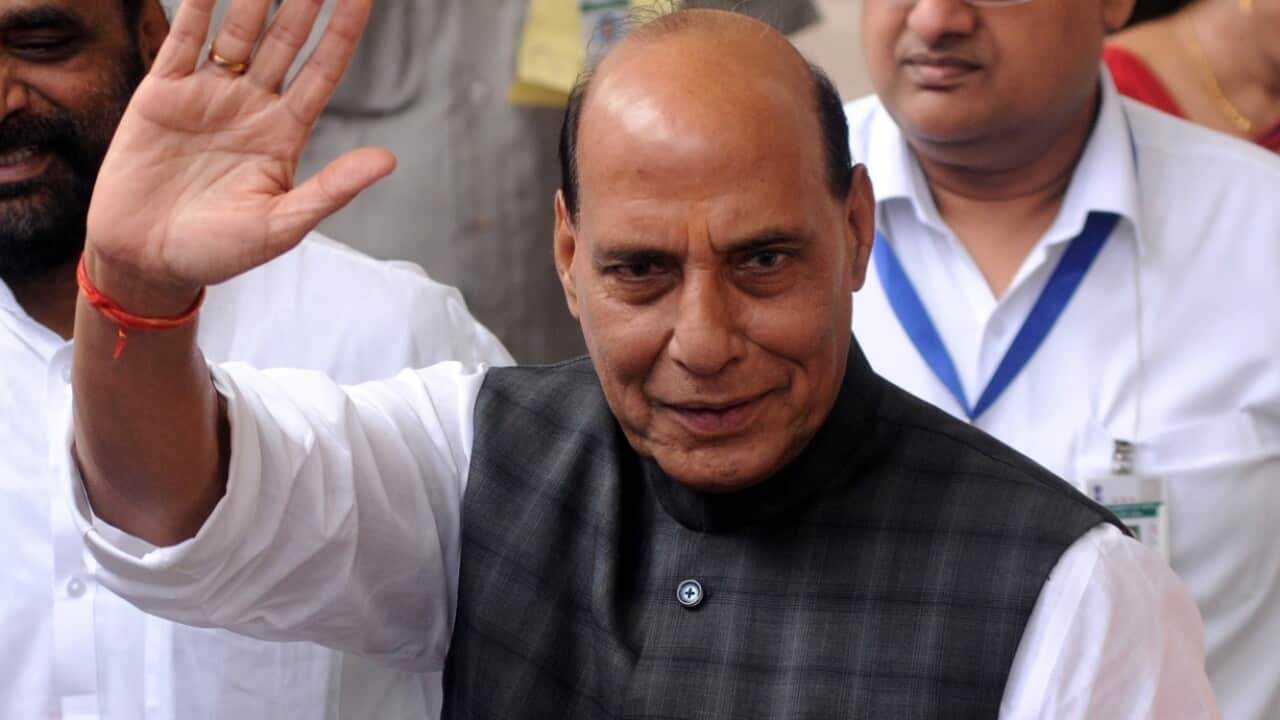 Indian and Chinese soldiers have for more than two months been facing off over a separate territorial dispute in the Doklam plateau, which India says is Bhutanese territory and which China claims for itself.

Some analysts have said the dispute amounts to the worst crisis in relations between the two nuclear-armed neighbours for decades.

On Monday Home Minister Rajnath Singh said India wanted peaceful relations with its neighbours as he addressed a unit of border guards in the capital Delhi.

Advertisement
"A deadlock is going on between India and China in Doklam. But I think a solution will come out soon. China will also take a positive step from its side," Singh said as he addressed the paramilitary Indo-Tibetan Border Police (ITBP).

"We want to maintain good relations with our neighbours. We don't want conflict, we want peace."

His comments came days after video emerged of soldiers from both sides appearing to kick and punch each other as rocks rained down on them in a disputed part of Ladakh last week.

Army sources confirmed to AFP on Monday that the video of the fighting on August 15 -- India's Independence Day -- was authentic.


Asked to comment on the scuffle at a regular briefing on Monday, China's foreign ministry spokeswoman said its border troops were carrying out "normal" patrols on the Chinese side.

"During this process, the Indian side took some violent actions, colliding with the Chinese personnel with their bodies and injuring the Chinese border personnel," said Hua Chunying.

"This violated the consensus between India and China in relation to border issues. China has expressed great dissatisfaction" and had lodged solemn representations, she added.

"What India did went against the two countries' relevant consensus to keep the peace on the border and it endangered the situation of the western section of China-India border, China is extremely dissatisfied with this and has lodged solemn representations through border-related channels."

India's government had previously confirmed the scuffle but said no weapons were used, without giving further details.

It happened on the shores of Pangong Lake, which lies over 4,000 metres high on the Tibetan plateau and is a popular tourist attraction.

India and China share a long history of mistrust and went to war in 1962 over the Indian state of Arunachal Pradesh.

The latest standoff began in mid-June after Chinese troops started building a road on the remote Doklam plateau.

India has an army base nearby and moved soldiers into the flashpoint zone to halt the work, prompting Beijing to accuse it of trespassing on Chinese soil.


China has repeatedly said India must withdraw its troops before any proper negotiation takes place. India said both sides should withdraw their forces together.

India has historically been closely allied to Bhutan, but in recent years China has sought to increase its own engagement with the tiny mountainous kingdom.

That has fed into a broader competition for regional influence between the two Asian powers.