Amanda Reid broke her own world record and has won gold for Australia in track cycling at the Tokyo Paralympics. 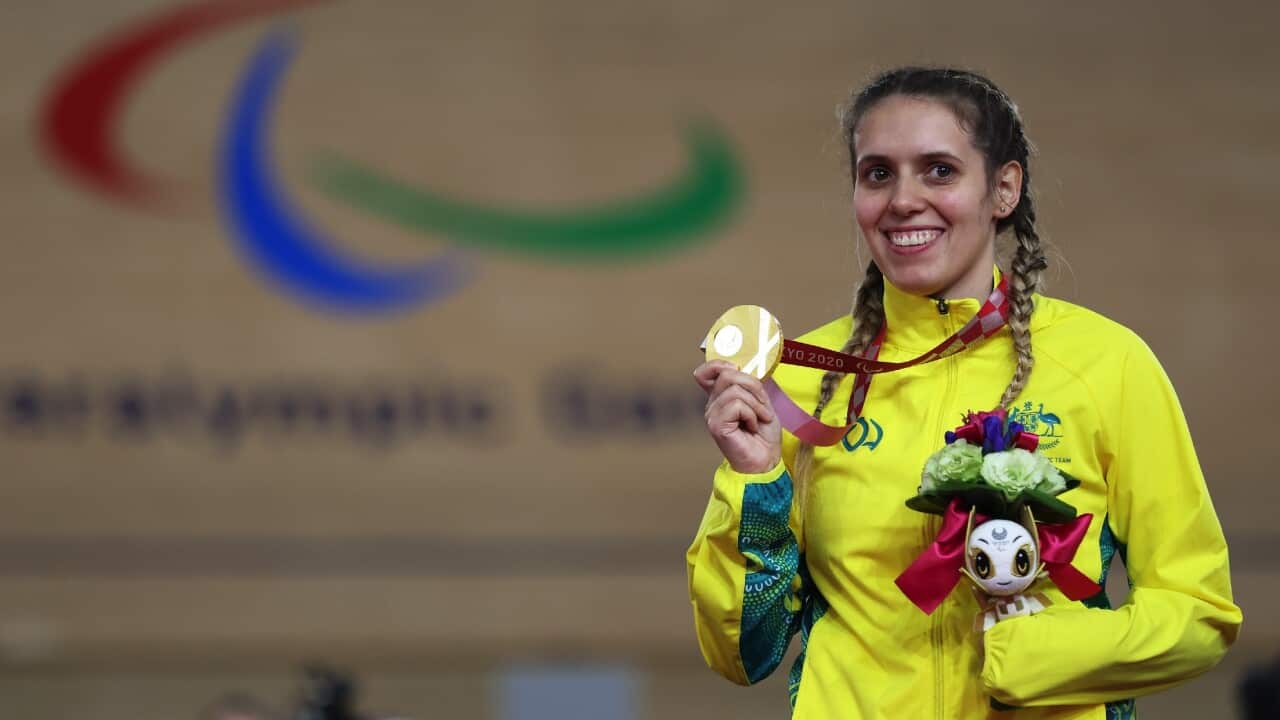 Australia's Amanda Reid broke her own world record to win a gold medal in track cycling at the Tokyo Paralympics on Friday - but she is riding for more than just herself.

"It means everything to me to be a proud Guring-gai and Wemba Wemba woman and represent my people back home," the 24-year-old said in an interview with Channel Seven.

"There's only three of us on this team this time.

"I hope I can encourage more Aboriginal, disabled athletes to get into sport."

Wearing an Indigenous design on her speed suit, she claimed Australia's seventh gold medal of the Tokyo Games.

Ms Reid is a three-time Paralympian, switching her sport from swimming to cycling for the Rio Games in 2016.

She represented Australia at the London Games in 2012 as a finalist in the 100m breaststroke.

In Rio, she won silver in the velodrome event and followed that by riding a world record time at the 2019 Para-cycling World Championships.

She said clinching the gold this year "means everything" after a tumultuous five years.

"I was hoping for a world record but I was a bit everywhere on the track," she said. "A bit like a zig-zag on the track and that's because of my cerebral palsy, so that can be very interesting when you ride."