International students have weighed in on changes to tertiary education requirements, which will force them to pass tougher English language tests in order to be eligible for courses from next year. 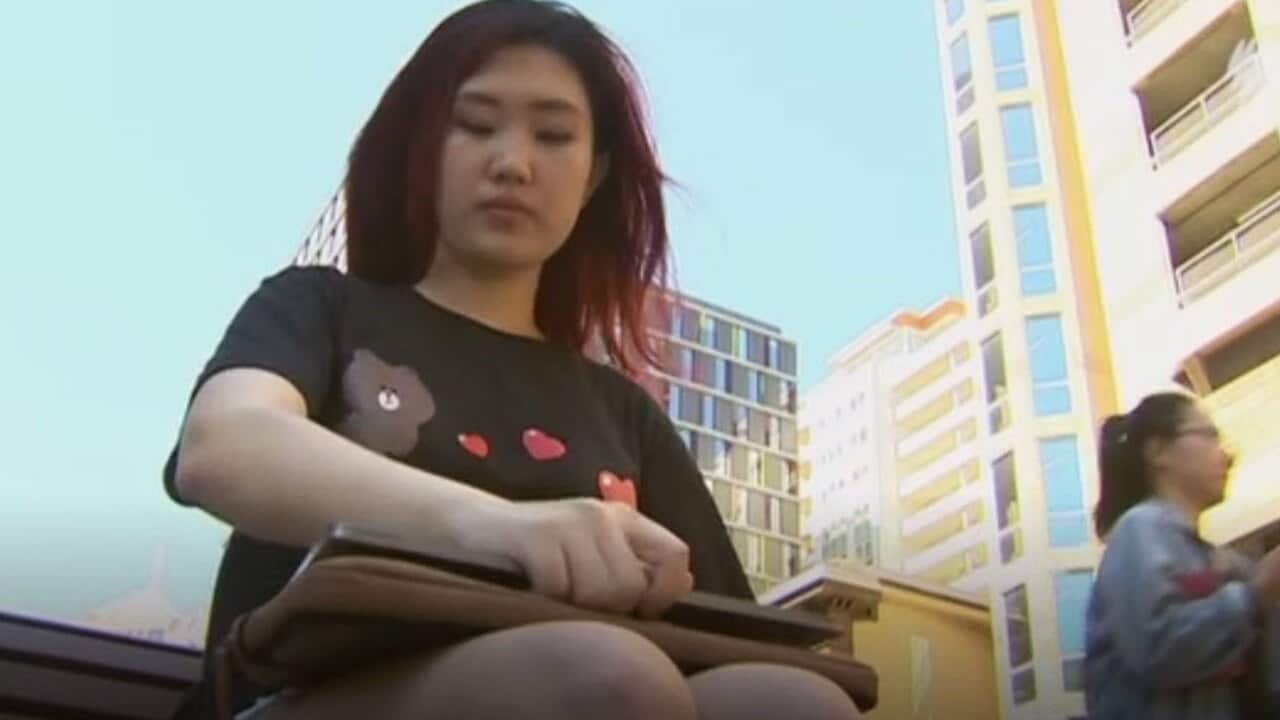 An international student has welcomed changes to the English language requirements for tertiary education, saying it will make it easier for students to live in Australia in the long run.

The changes mean students will need to formally pass an English course before they can enter tertiary education.

Education Minister Simon Birmingham said the stricter standards would include at least 20 face-to-face teaching hours a week, with classes having no more than 18 students at a time.

There will be a compulsory formal assessment on English language skills before students can enter a tertiary course.

Journalism masters student Yi Wang said she had to pass an English test to start her Australian studies, but felt the test was not foolproof.

"Some of my friends they have already passed an English course at the English teaching school, but they can't speak English. They can't really speak fluent English in their daily life," she told SBS World News.

Ms Wang, who is from Beijing, said she enjoyed being able to study in Sydney and she said tougher English requirements could be helpful for international students when it comes to settling in faster.

"If the test is harder, then we will study harder, for us the rest of living in Australia will be easier because we can speak fluent English and we can fit in in this place,” she said.

Simon Birmingham says International Students will be formally assessed on their English language skills before being admitted into tertiary courses. Source: AAP

"The vast majority of language courses are providing high quality outcomes, which is why more than 90 per cent of international students report high levels of satisfaction with their study experience in Australia, but some slip through the cracks and it's unacceptable for that to occur,” he said.

Mr Birmingham said for the first time the standard would also apply to vocational and training courses like TAFE.

"This is about protecting international students and ensuring that they get the education and training they deserve. Because reputation is what drives students and attracts students to Australia and it is why we must safeguard and protect that reputation at all costs into the future,” he said.

It is also being seen as a crackdown on English colleges to prevent teachers from passing students with poor language skills.

At the moment there is no formal process to assess overseas students.

They can currently pass a course, either here or overseas, without proof and gain direct entry to university.

"We're going one more step to ensure that Australia is seen not just as a safe and affordable study destination, but as a destination that emphasises quality in everything we do,” he said.

There are some 600,000 international students in Australia. Many are from Asia, with upwards of 90,000 from China alone.

Federation of Chinese Associations of ACT's Sam Wong felt there should not be sweeping changes to a $28-billion sector based on what he says is anecdotal evidence.