Is Melbourne's coronavirus lockdown really the longest in the world? Here's how other countries stack up

Melbourne's lockdown ranks among the toughest in the world. Here's how other regions have handled the deadly outbreak in comparison. 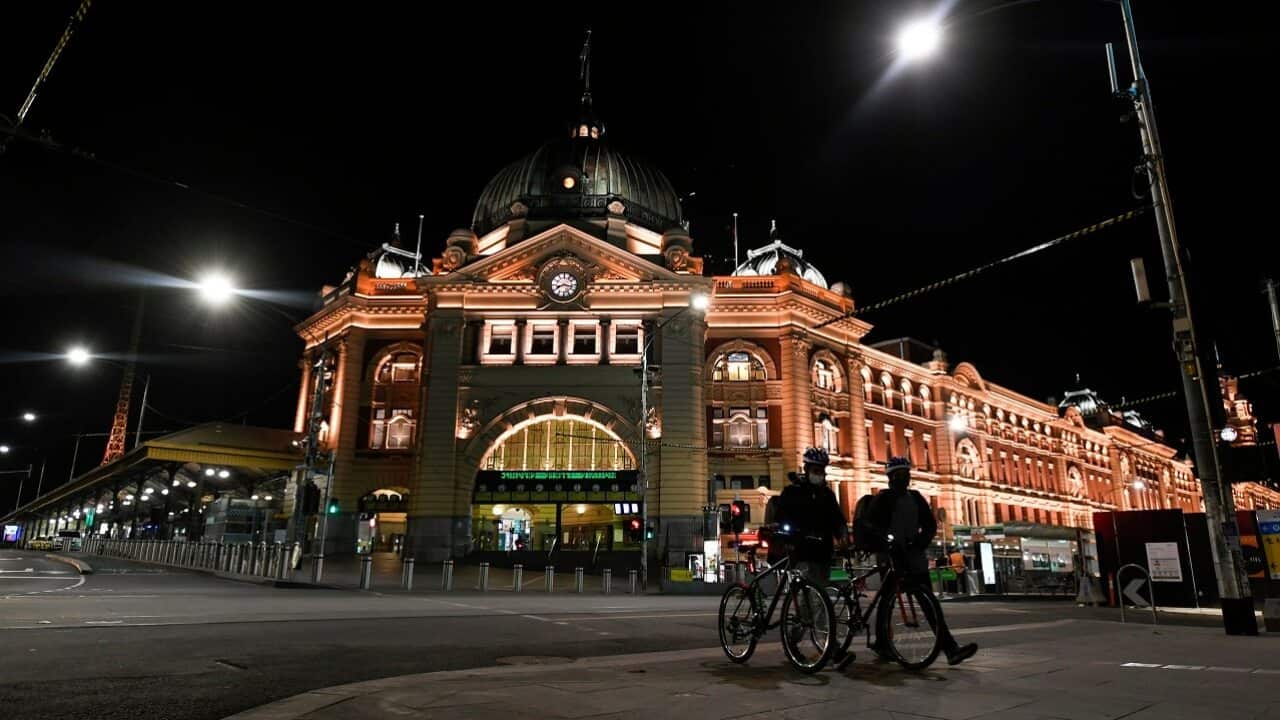 Melbourne’s lockdown is one of the longest and strictest in the world. How do other countries compare? Source: AAP

Melbourne’s lockdown is one of the longest and strictest in the world, with curfews that won’t be lifted for at least another seven weeks.

The Victorian capital has been under social restrictions since 16 March, which were initially extended to 11 May.

On 8 July, restrictions were then reimposed in Melbourne specifically following a second outbreak, with a state of disaster and an 8pm-5am curfew ordered on 2 August.

Advertisement
Melburnians now face an extra two weeks in Stage 4 lockdown under the roadmap revealed on 6 September, although from 14 September the nightly curfew will start an hour later at 9pm and run until 5am.

The curfew won't be lifted until 26 October.

Across the world, different countries have implemented different restrictions with varying states of success. Some have taken an even stricter approach than Melbourne. Others did the complete opposite.

Here’s how some of those countries compare.

South Korea was hailed for its early success in containing the coronavirus outbreak, but the country has since battled subsequent waves of the virus as restrictions were relaxed.

On 1 May, a new cluster emerged in central Seoul after a 29-year-old man visited at least five nightclubs in the city.

In August, another cluster was linked to the Sarang Jeil church in Seoul, with infections spreading to at least 25 different locations.

Professor Mary-Louise McLaws, a UNSW professor and advisor to the World Health Organisation, used South Korea as an example of the scenario Victorian authorities were hoping to avoid with their conservative roadmap out of lockdown.

Speaking to SBS News, Professor McLaws said South Korea was now suffering a “third wave” of infections due to reopening too quickly, warning Melburnians could face a similar fate.

"Victorians have been living with such high numbers that they're forgetting that 1200 cases over the last 14 days is still volcanically high," she said.

"They're doing brilliantly. But if the restrictions are lifted when they're in that amber phase, it's too soon.

"The amber phase is where you should be putting in preemptive restrictions to stop you from getting into the red.

“(Melbourne’s) second wave has accounted for the majority of cases across the entire nation, for the entire pandemic.

However, South Korea’s death toll has remained relatively low, with 336 fatalities recorded by Johns Hopkins University since the pandemic began.

Most of the country lifted its lockdown measures on 10 May, with the exception of the Greater Buenos Aires area, which saw social restrictions repeatedly extended until 20 September.

Only essential businesses remained open, and schools were closed.

But the rules aren’t quite as strict as Melbourne’s. Outdoor get-togethers of up to 10 people wearing masks are currently permitted, while the mayor of Buenos Aires has signalled he is planning to authorise restaurants to serve customers at outdoor tables this week.

The Philippines capital, Manila, has been under lockdown since March.

The restrictions tightened again in early August, which President Rodrigo Duterte on Monday announced would be extended until 30 September.

Metro Manila’s lockdown rules are similar to Melbourne’s - non-essential businesses and public transport were closed, and work and quarantine passes are required to be out of the home.

Gyms, barber shops and internet cafes were permitted to partly reopen from 1 September.

But more extreme was Mr Duterte’s threat to shoot violators of his coronavirus lockdown measures.

“My orders to the police and military ... if there is trouble and there’s an occasion that they fight back and your lives are in danger, shoot them dead,” Mr Duterte said during a televised address back in April.

The Philippines has recorded more than 237,000 cases since the pandemic began, and 3875 deaths, according to John Hopkins University figures.

Melbourne’s lockdown has lasted significantly longer than countries in western Europe, many of which were hit hard by the pandemic early in the year.

Italy, the first country in the region to become affected, introduced a strict lockdown from 9 March that saw all non-essential businesses close. The northern region of Lombardy, which was hit the hardest, even banned outdoor exercise.

The British government implemented a lockdown on 23 March but reopened shops and retail in June, followed by pubs, restaurants and hotels on 4 July.

A similar plan of action unfolded in Spain, Italy and France, all of which eased their restrictions by the summer months.

The UK is seeing its daily number of fresh coronavirus cases surge again, but the region has largely reopened. Source: EPA

Residents were confined for nearly 80 days, with transport prohibited in and out of the original virus epicentre of Wuhan.

Similar to Melbourne’s Stage 4 restrictions, residents in Wuhan were ordered to stay home unless they were seeking medical care or shopping for essential items. The lockdown lasted until April.

Photos of a festival at a water park in Wuhan went viral in mid-August. Source: AFP

In terms of its pandemic response, Sweden sits on the opposite end of the spectrum to Melbourne.

The country refused to implement a COVID-19 lockdown, instead opting for a “herd immunity” approach.

Throughout the pandemic, all businesses and schools have remained open, with the goal of seeing the majority of the population become infected with COVID-19, develop immunity, and stop the virus from spreading.

But this approach has taken a heavy toll on the country's population.

Sweden, which has a population of 10.2 million, has recorded 84,985 cases of coronavirus and 5835 deaths, giving the country one of the world’s highest per capita mortality rates.

To compare this to other Scandinavian countries, Finland has recorded just 336 deaths; Denmark has recorded 627 deaths; and Norway 264.

As the second outbreak of the virus was throttling Melbourne, New Zealand was celebrating.

The country declared the virus officially eliminated from its borders, having gone more than 100 consecutive days without a single active case.

Schools and businesses reopened, restrictions on social gatherings were removed, and life had just about gone back to normal.

But on 11 August, New Zealand's success streak was broken after a family of four from South Auckland tested positive for the virus.

The outbreak saw the New Zealand Government put Auckland region back into an immediate Stage 3 lockdown for two and a half weeks, while the rest of the country moved to a Stage 2 lockdown.

The second outbreak was, in Prime Minister Jacinda Ardern’s own words, a reminder that no one can afford to get complacent against COVID-19.

Ms Ardern said indications were that the Auckland cluster was contained but there was no room for complacency.

"We've been prepared and, by going hard and early, particularly with Aucklanders pitching in, we look at this early stage to have contained our resurgence," she told reporters last week.

"But (there are) also areas which suggestion caution is very much required... every country has faced second outbreaks in this global pandemic, and some have turned into significant second waves."

People in Australia must stay at least 1.5 metres away from others. Check your state’s restrictions on gathering limits. If you are experiencing cold or flu symptoms, stay home and arrange a test by calling your doctor or contact the Coronavirus Health Information Hotline on 1800 020 080. News and information is available in 63 languages at
https://sbs.com.au/coronavirus