People over 60 and medical workers will be able to get a fourth shot of the COVID-19 vaccine in Israel. 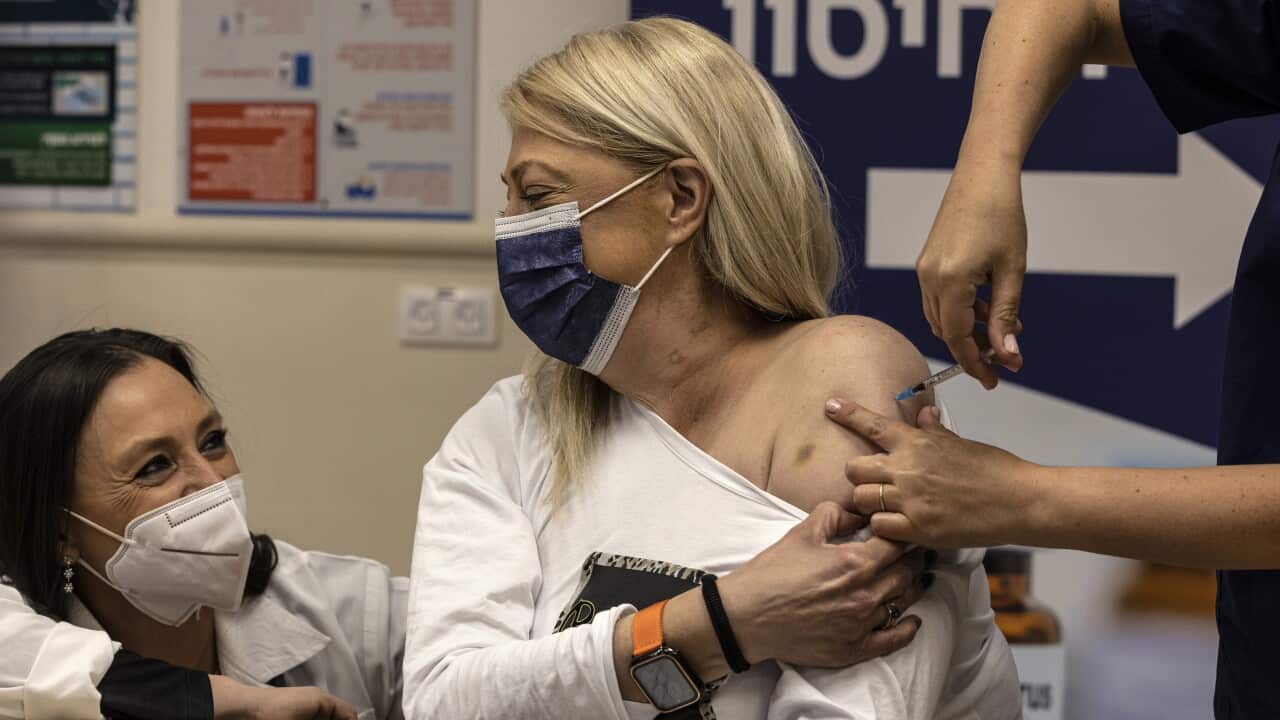 Prime Minister Naftali Bennett says Israel will offer a fourth dose of COVID-19 vaccine to people over 60 and medical staff as it faces a surge in Omicron variant infections.

Israel last week approved a fourth dose of the vaccine developed by Pfizer and BioNTech, a second booster, for people who are immune-compromised and the elderly living in care homes.

"We now have a new layer of defence," Mr Bennett said in a televised news conference on Sunday, adding that Israel's top government medical official, whose approval is needed to expand the booster campaign, had signed off on the latest move.

"Israel will once again be pioneering the global vaccination effort," Mr Bennett said.

Herd immunity is the point at which a population is protected from a virus, either through vaccination or by people having developed antibodies by contracting the disease.

The highly transmissible Omicron variant has caused a wave of coronavirus cases, with worldwide infections hitting a record high.

There have been an average of just over one million cases detected each day between 24 and 30 December, Reuters data showed.

Deaths, however, have not risen to the same degree, raising hopes that the new variant is less lethal, a view Mr Bennett also echoed in describing the second booster as largely a bid to prevent serious illness among the elderly.

Daily cases in Israel are expected to reach record highs in the coming three weeks.


Mr Bennett said that up to 50,000 people might soon be infected each day, while eligibility for testing could be tightened to help relieve long lines at testing stations.

"The (infection) numbers will have to be very high in order to reach herd immunity," Professor Ash told 103 FM Radio earlier.

"This is possible but we don't want to reach it by means of infections, we want it to happen as a result of many people vaccinating."

The head of the health ministry's coronavirus task force, Salman Zarka, said herd immunity was far from guaranteed because experience over the past two years showed that some COVID-19 patients who recovered were later reinfected.

An Israeli health worker tests an unvaccinated ultra-Orthodox Jewish seminary student for COVID-19 at a coronavirus testing centre in Jerusalem. Source: AP
Israel's health ministry says around 60 per cent of its 9.4 million population are fully vaccinated, almost all with the Pfizer-BioNTech vaccine, which means they have either received three doses or have recently had their second.

But hundreds of thousands of those eligible for a third inoculation have so far not taken it.

Over the past 10 days, daily infections have more than quadrupled.