'It could happen to anyone': Why thousands of women will march in Sydney this weekend

A 17-year-old girl’s humble Facebook event has become a rallying cry for those concerned a change in US abortion laws could impact the already "archaic" rules in Australia. 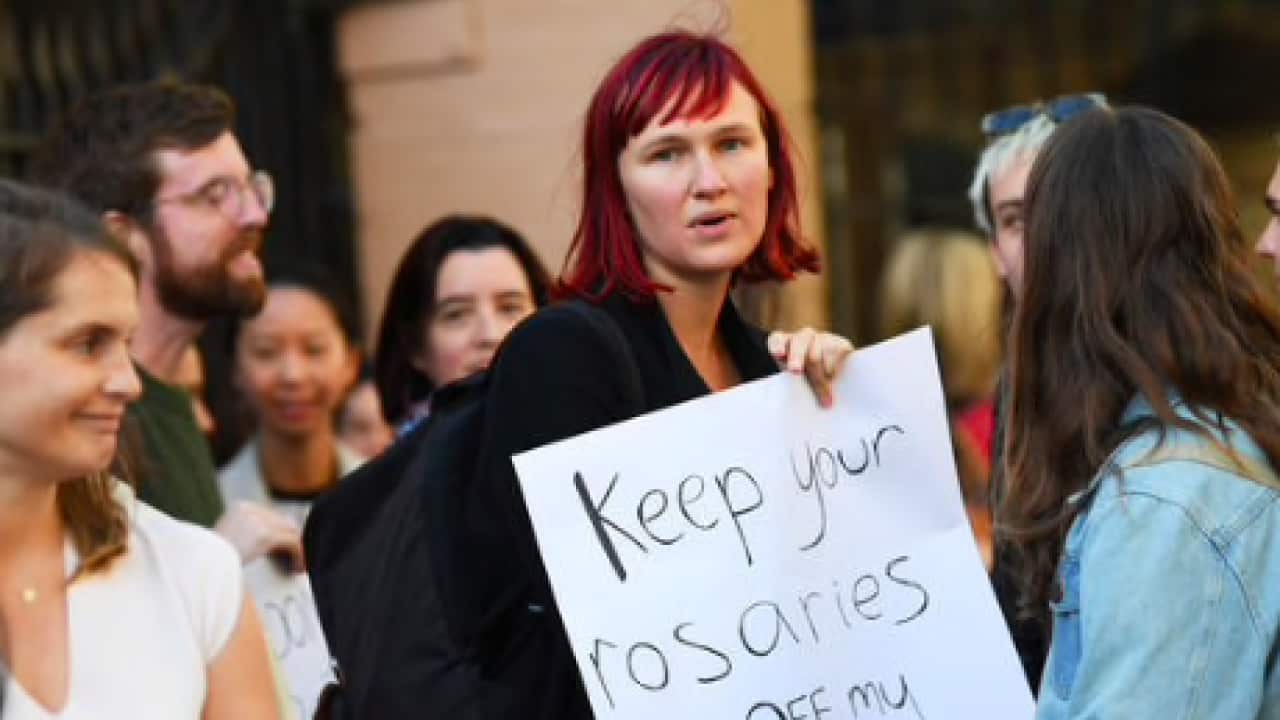 Thousands of women - and their supporters - are expected to defend their right to have an abortion as part of a march in Sydney on Sunday 9 June, bringing attention to laws in some Australian states that still criminalise the act.

The Our Bodies Our Choice March began as a Facebook event started by a 17-year-old high school student a few weeks ago and shared amongst her friends - but it has since received a groundswell of support in the wake of the
US state of Alabama’s
decision to ban abortions.

More than 10,000 people have expressed backing for the event on social media, including Greens Senator Mehreen Faruqi, who told SBS News she is “unashamedly pro-choice”.

“At a very basic level, this is an issue of fundamental human rights to make decisions about our own bodies and health,” Senator Faruqi said.

“It is really important and very exciting to see thousands of people hopefully coming together to make sure that we give a loud and clear message.”

March organiser Bella Ziade - a Year 12 Catholic school student from Sydney - said that message is about having the freedom of choice.

“It could potentially happen to me, to my friends, anyone,” she told SBS News.

Bella said after seeing abortion laws being restricted by US state governments, she was concerned Australia could follow suit, and so decided to act.

“It is just really about speaking up and being heard – saying ‘I have a right to decide what I want my body to endure’.”

In Alabama, there is now a near-total abortion ban with no exception for rape or incest, while so-called fetal "heartbeat" bills in other states have also restricted access.

But the rally in Sydney is also bringing attention to the current state abortion laws in Australia, which make it a crime in certain instances in New South Wales and South Australia.

The senator highlighted women in regional areas and those from culturally diverse backgrounds are particularly vulnerable.

“Access to abortion is pretty much a geographically, racial and class lottery.”

Demonstrators in favour of safe buffer-zones around NSW abortion clinics stand outside the NSW State Parliament building in Sydney, Thursday, May 24, 2018. Source: AAP

What are the laws in Australia?

There are legal avenues for women to have abortions in all Australian states.

“Currently women in Australia are usually able to get an early termination of pregnancy if they want it,” Sydney University’s Dr Sascha Callaghan said.

In South Australia, two doctors must give approval for an abortion to proceed – but without this permission, an "unlawful" abortion can be considered a crime.

In Queensland, abortion was decriminalised last year and is legal up to 22 weeks and following this with two doctor’s approval. It is the same case for Victoria, where abortion is legal up to 24 weeks.

While in Western Australia it is legal up to 20 weeks – and up to 16 weeks in Tasmania.

In the Northern Territory, it is legal up to 14 weeks with one doctor’s approval – or a longer period with the approval of two.

But in New South Wales, abortion is only legal if a doctor believes a woman’s physical and mental health is at risk. Economic, social and medical factors can also be taken into account. Otherwise, abortion is technically a crime for women and doctors under the NSW Crimes Act.

Demonstrators in favour of safe buffer-zones around NSW abortion clinics stand outside the NSW State Parliament building in Sydney, Thursday, May 24, 2018. Source: AAP

“It is pretty archaic to have abortion … a criminal offence in this country,” Dr Callaghan, who specialises in health law and ethics said.

“But in New South Wales, politicians are very reluctant to open up that debate because … it potentially creates a lot of discord in the community.”

There is no national data on the number of abortions carried out in Australia, but it is estimated at up to 80,000 per year, according to Children By Choice.

“But it is still the case that there is some discomfort in certain sections of the public about abortion, particularly later term abortions.”

In March, nearly 2,000 people took part in a “pro-life” event in Sydney to mark International Day of the Unborn Child, established by Pope John Paul II.

Organisers said the turnout was its largest in 20 years.

“Decriminalising abortion supposedly gives power to the woman and respects her dignity to choose. But the choice she is faced with is to determine the fate of another person, whose life literally depends upon her,” she said, according to a report by Catholic Weekly.

But Bella believes a girl or woman’s access to abortion should be made easier.

“It should not be me having to convince doctors that I should be allowed to have an abortion,” she said.

“Without [that choice], it is completely wiping away this human right.”