'It's been an honour': NSW Premier Mike Baird quits politics 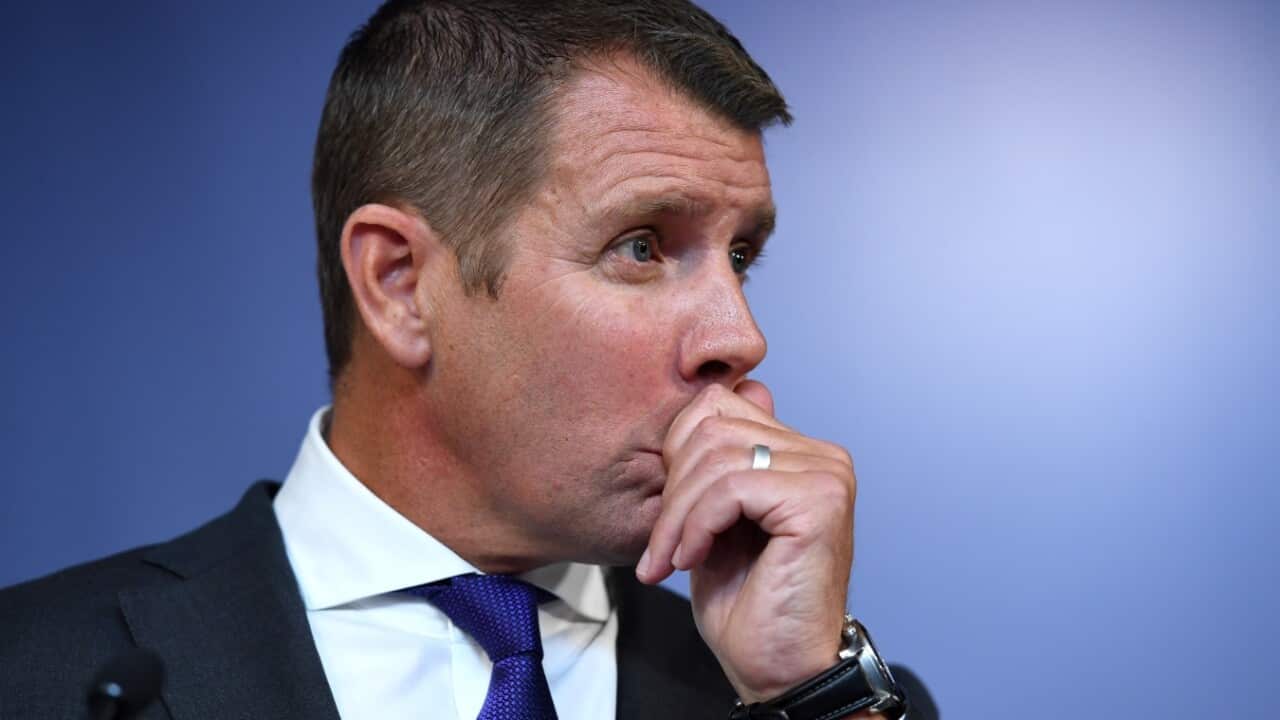 NSW Premier Mike Baird has announced he's quitting politics, saying a replacement for the top job will be announced next week.

"After 10 years in public life, three years as Treasurer and three years as premier, I think now is the right time to do this," Mr Baird told reporters in Sydney, after unexpectedly releasing a statement via social media on Thursday
morning.

Advertisement
The health woes of his family had weighed heavily on the decision, which had been made in close consultation with his wife Kerryn, Mr Baird said.

"There is a strong personal cost that comes in public life," he said, his eyes tearing up as he looked at his wife and three children during the media conference.

"I've probably felt that more than any other time in the past few months.

"My father and my mother and my sister are going through a very serious health challenge and, to be honest, at times I have been in pain not being able to spend the time that I should."

The Liberal Party will elect a new leader and premier at a party room meeting next week, with Treasurer Gladys Berejiklian tipped to be his successor.

Mr Baird said the decision to step doing from being "premier of the best state in the best country in the world" had not been easy but the timing was right.

"In my maiden speech, I spoke about wanting to come into public life to make a difference. I was frustrated by what I saw - a lack of action - and I was determined to try and get things done," he said.

While it had been a long, tough battle at times, Mr Baird said he was confident he had done all he could for the state of NSW.

"There's a number of policy decisions we've made that I strongly believe make a huge difference to people's lives and, you know, I've given my best. I've given my all. I mean, there is nothing left. I have worked as hard as I possibly can for the people of this state."

Related reading
'I got it wrong': Baird on dogs backflip
Sydney's lockout laws to be relaxed as part of two-year trial

He touched on the economy, infrastructure, education and social welfare as his key legacies to the state.

"Things like that don't happen by chance, but with a lot of hard work, and we were proud to do that," he said.

The once-most popular politician in the country went through a tough year in 2016 with issues including the controversial greyhound racing ban, council amalgamations and lock-out laws that divided public opinion.

Mr Baird said he was confident the coalition could win the next state election in 2019.

"Every organisation needs to refresh...I think refreshing now gives a new premier two years, an opportunity for them to put their mark on the government at the same time, to set an agenda that is theirs."

The former Sydney investment banker would not speculate on his future employment.

"Over the years, people have said, if I ever leave politics, I should talk to them. That's obviously something I'll be doing in coming weeks," he said.

Mr Baird's resignation will also a trigger a by-election for the seat of Manly in Sydney's north.

Other politicians from across state and federal politics expressed their surprise at the suddenness of Mr Baird's resignation.

"I don't know that he was always comfortable in politics, I think people who know Mike know him to be a very decent, honourable and nice guy," Mr Dutton told 2GB.

"Some people always thought he was too nice for politics, maybe that is the case, but I think he can be very proud of what he has achieved."

"He would be welcome, but I suspect he would tell you that would be the last thing on his mind," he said.

"I suspect Mike will go back into the business world, but he can speak for himself."