'It's like someone asked you to leave your child': The victims of Australia's immigration changes

From entrepreneurs and business managers, to "star" employees and parents, the government's decision to tighten eligibility for working visas has already had an impact. 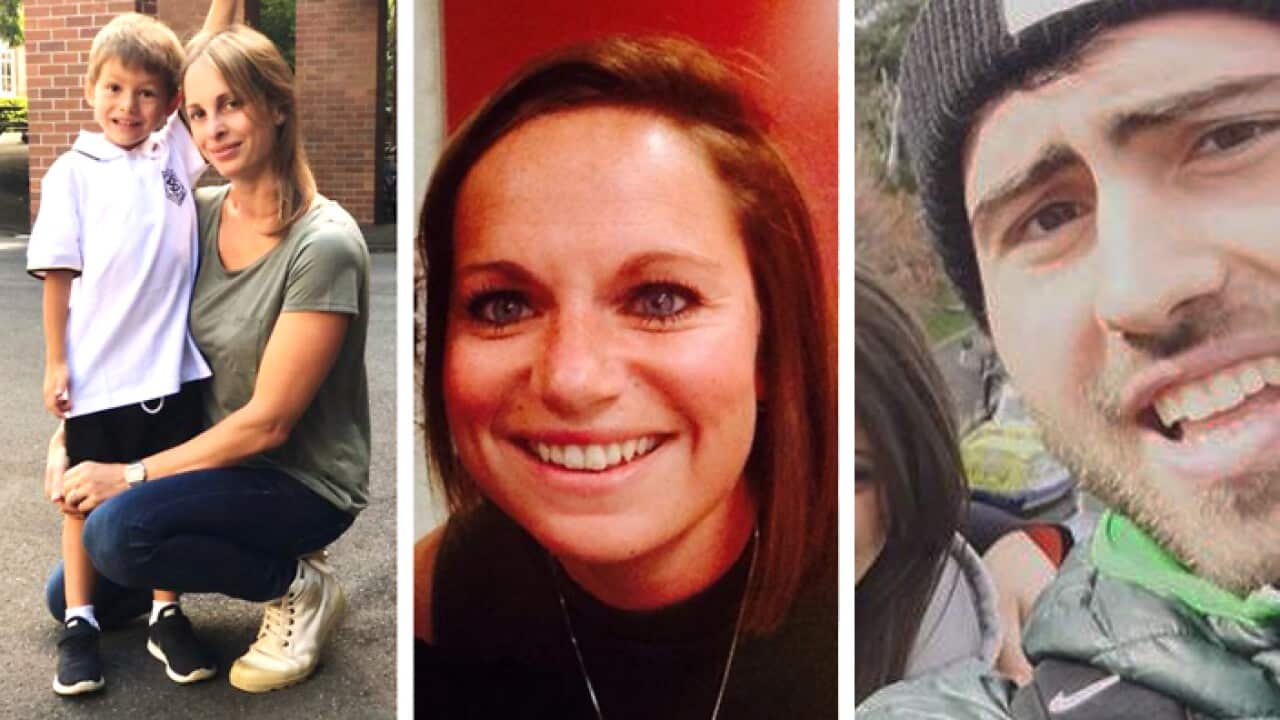 They shared a plan to come to Australia, work, and stay. They have contributed to the community, paid taxes, and shared their skills and experiences. They believed they had done everything they could to meet Australia's immigration rules.

But as local job opportunities remain scarce the government has
moved to tighten temporary and permanent immigration
.

The changes will force these five aspiring Australian residents to look elsewhere to live.

Advertisement
Camilla Guglielmi with her son Vieri at school in Sydney. Source: Supplied

The Italian 35-year-old mother first fell in love with Australia 13 years ago.

"I went to Sydney for the first time as a tourist and I felt in love for this beautiful country immediately,” she told SBS News.

She returned to Italy, finished her university studies, and planned to return to Australia. But two months before she departed, she met her partner who became the father to her son and she decided to stay in Europe.

"I have been always thinking and talking about Australia for 11 years, so my partner in 2015 sold our business and said to me, 'let's go, I don't want you have regrets in your life’,” she said.

Initially they had planned to stay in Australia on his student visa for one year, but by September last year they were settling in. She had found a job as a sales and marketing manager for a Sydney catering company and their son Vieri had started school.

She applied for a 457 visa in December, however the changes announced last week meant small businesses such as hers are precluded from hiring sales and marketing managers on temporary work visas.

The Department of Immigration has offered a possible refund for her visa application fee, but no additional assistance or flexibility has been offered.

"We wouldn’t have stayed in Australia if we knew there was no chance of getting permanent residence after the student visa," Ms Guglielmi said.

She suggests the government should apply the new rules to people applying after the changes were announced, and not apply them to applications which had already been lodged.

"Right now it is retroactive on many cases, and this is not fair - it's changing rules during a game. I can even play well, deserve to win, but it seems it doesn't matter," she said.

"We are not just milk cows."

Arthur Favier, his dog, friends, and brother on Australia Day in 2015. Source: Supplied

Arthur Favier, a 27-year-old from France, currently living in Sydney, started a marketing business three years ago for which he had secured his original 457 visa. He moved onto a bridging visa while his second 457 application was being assessed.

The changes mean the corporate treasurer occupation under which he had applied is now no longer eligible. He expects to be told to leave Australia shortly, which will lead to the closure of his company.

"I’m the main person in the compnay, all the sales, all the account relationships,” Mr Favier told SBS News.

"It’s hard to put a word on it - it's like someone asked you to leave your child."

He says he typically works on the business for 12 or more hours each day.

In a letter to the Prime Minister, he stated his businesses had paid $19,000 towards a TAFE fund for training young Australians in IT skills and currently has 80 mostly casual staff handing out flyers in Sydney, Melbourne, Brisbane and Perth.

He said he doesn’t expect anything to come from his letter, but he wants to "make people aware that changes like this can really affect small businesses and Australian jobs".

Currently on a bridging visa after applying for a 457 as a corporate services manager in October, Nicola Luigi Quarta is a 27-year-old from Italy.

He has been in Australia since 2015, and moved to regional South Australia to work for a large potato grower.

"After almost two years I have started a new life here in Australia, friends, girlfriend, workmates,” he said.

"I also started playing footy in the Riverland in South Australia where I now work,” he said.

Mr Quarta expects his application to be rejected and his pathway to permanent residency to be blocked.

"The morning of the 18th of April after the big news, I was feeling unwanted,” he said.

"What a horrible sensation for someone that loves his job and this amazing country.”

The Dutch marketing specialist was the subject of an open letter from her boss, and founder of a catering company, Liz Kaelin.

Ms van der Staak was described as an "incredibly talented, dedicated worker” by Ms Kaelin, who called on the government to consider exemptions to the new immigration policies for start-up and small businesses.

There were more than 2500 marketing specialists employed on 457 at the end of 2016 - only cooks, chefs and restaurant managers were more common.

Ms van der Staak was credited with helping the business triple monthly revenue in her eight months with the company. Smaller businesses are precluded from using 457 visas for marketing specialists.

"She’s been a star employee, but she’s also an amazing human being. I will miss her greatly, but there’s nothing I can do," Ms Kaelin said.

"Australia’s loss is Holland’s gain, but rules are rules."

Have you been affected by the visa changes? Contact us using this
Google Form
.

This article has been amended with the removal of one case study following clarification of that person's visa status.