The RSPCA is looking for 120 volunteers to help feed starving wildlife on Kangaroo Island. 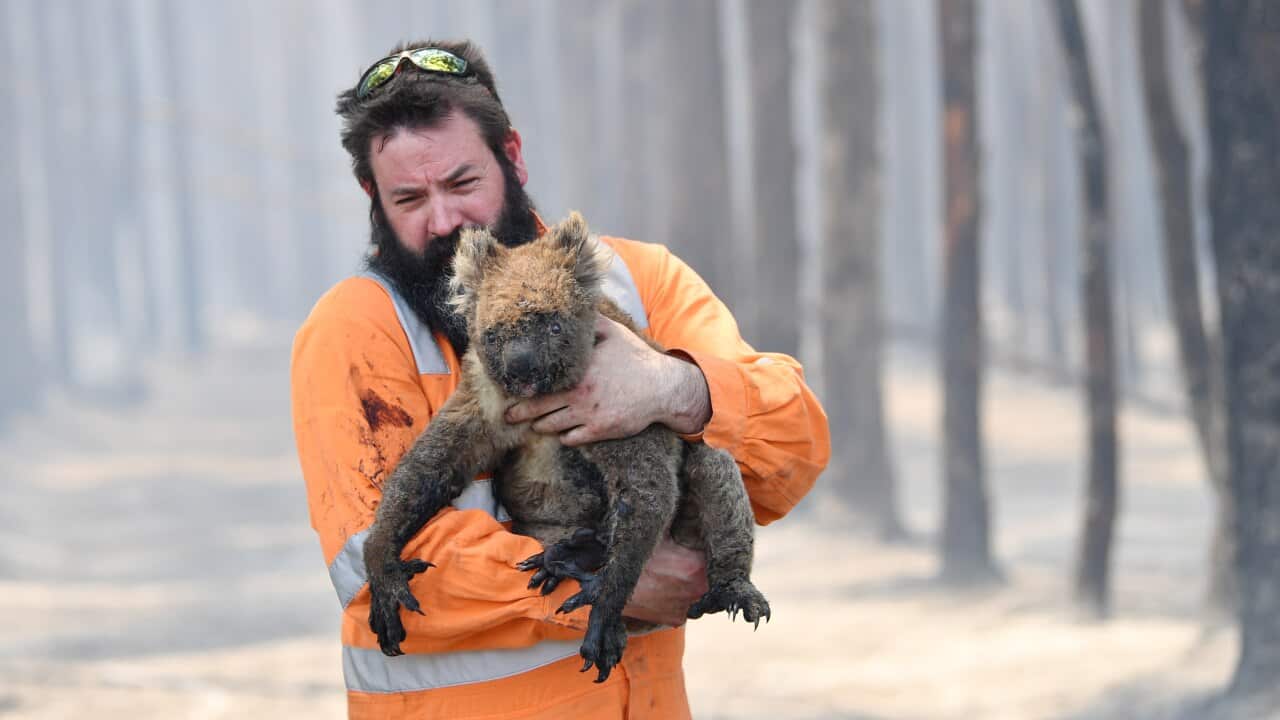 Wildlife rescuer Simon Adamczyk with a koala rescued at a burning forest near Cape Borda on Kangaroo Island, southwest of Adelaide. Source: AAP

An urgent plea has gone out for 120 volunteers needed to help deliver food to wildlife impacted by the Kangaroo Island bushfires.

The RSPCA says there are growing fears that animals that survived the fires will now succumb to starvation.

"We don't know how many animals are fending for themselves in totally barren landscapes, but wildlife rescuers are starting to find animals in extremely poor condition due to lack of food and water," RSPCA SA chief executive officer Paul Stevenson said.

"With so many areas still not accessed our fear is these animals being found are the tip of the iceberg.

"And it's not just koalas. Several endangered species have also suffered habitat loss."

The RSPCA said volunteers would work in teams to distribute food and water to affected animals and to also collect food for animals in care.

The operation is expected to continue for at least the next three months, allowing time for sufficient vegetation regrowth.

The RSPCA will also establish one or two food depots on the island to allow locals to collect food for native animals.