It was once widely thought that the 40 hour working week would eventually become shorter. Here's why that hasn't happened. 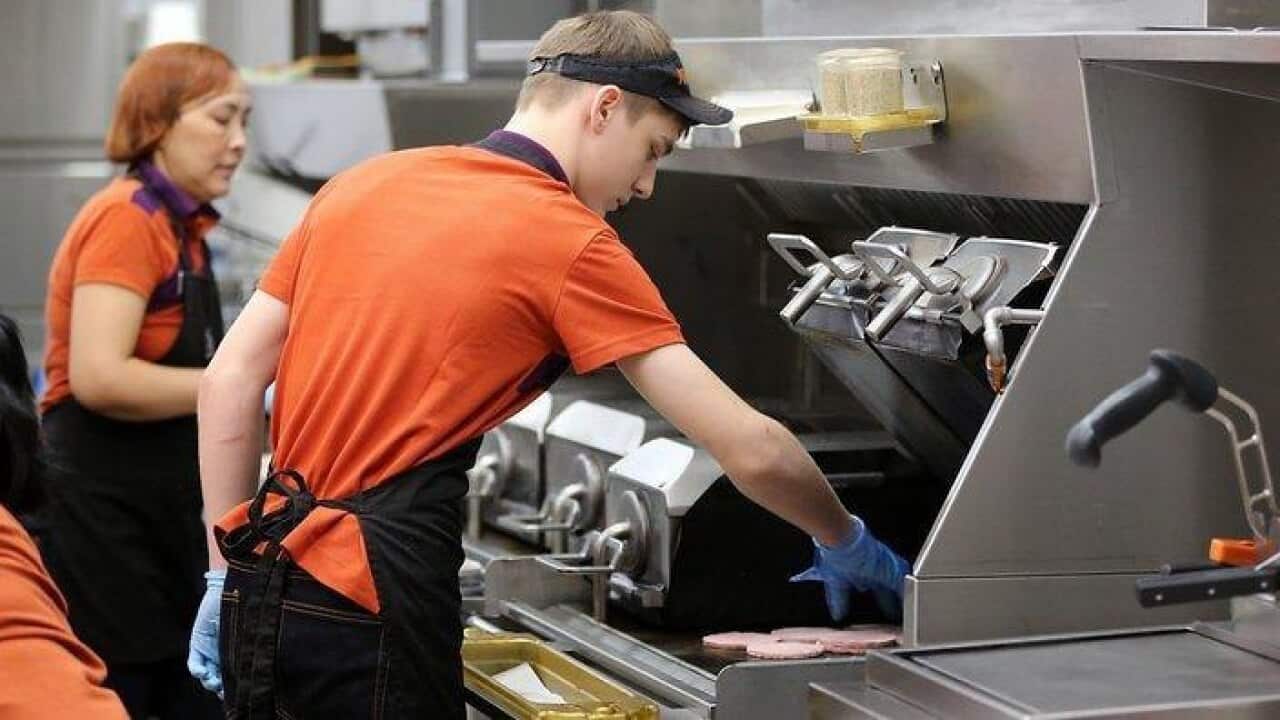 Should we be working less? Source: Getty Images

A strange thing happened on the way to the leisure society.

It was once widely anticipated that the process which saw the standard working week fall from 60 to 40 hours in wealthy nations over the first half of the 20th century would continue.

As we now know, this did not happen. The official working week has not fallen significantly in several decades. Average working hours per household have increased. The effect is that many feel that life is now less leisured than in the past.

Advertisement
But why should it be?

Monowara Begum gathers torn and unusable plastic bags to recycle in a small factory in Dhaka, Bangladesh. She works about 12 hours a day to earn less than US$25 Source: EPA

Working fewer hours was once seen as an essential indicator of economic and social progress.

It’s time to put reduced working hours back on the political and industrial agenda.

There are strong arguments for working fewer hours. Some are economic. Others are about environmental sustainability. Yet others have to do with equity and equality.

The economists are on board

In 1930, the economist John Maynard Keynes speculated that technological change and productivity improvements would make a 15-hour work week an economic possibility within a couple of generations.

A biographer of Keynes, the economic historian Robert Skidelsky, revisited those predictions in his 2012 book How Much Is Enough? He proposed legislating maximum hours of work in most occupations, without any reduction in output or wages, as a way to achieve a more sustainable economy.

He is not alone. According to a report by the New Economics Foundation, a London-based think-tank, making the normal working week 21 hours could help to address a range of interlinked problems.

Workers marching for an eight-hour day outside Parliament House in Spring Street, Melbourne, circa 1900. Source: Wikimedia

“These include overwork, unemployment, over-consumption, high carbon emissions, low well-being, entrenched inequalities and the lack of time to live sustainably, to care for each other, and simply to enjoy life,” the report says.

More recently, Belgian historian Rutger Bregman has argued in his best-selling 2017 book Utopia for Realists that a 15-hour work week is achievable by 2030, the centenary of Keynes’ prediction.

More recently, writers such as Nichole Marie Shippen, Cynthia Negrey and Kathi Weeks have argued that the quality of life would be generally improved if working hours were reduced for all.

British ecologist Jonathon Porritt described the leisure society as a “mega-fantasy” in his 1984 book Seeing Green. Many environmentalists agreed. As Andrew Dobson noted in his 1990 book Green Political Thought, they looked at the consumer-orientated, environmentally damaging, industrialised nature of the leisure industry and saw a future anathema to the green ideal of self-reliant and sustainable production.

But views have changed within environmental circles. Canadian Anders Hayden argued in his 1999 book Sharing the Work, Sparing the Planet that working less would mean lower resource consumption and therefore less pressure on the environment.

Could working less be better for the environment? Source: AAP

Some critical and neo-Marxist writers have viewed reduced working in the formal capitalist economy as a means of fundamentally changing it, even hastening its demise. The late French-Austrian sociologist André Gorz, first advanced the idea in the 1980s.

In The Brave New World of Work (2000), German sociologist Ulrich Beck calls on progressive movements to campaign for a “counter-model to the work society” in which work in the formal economy is reduced. In the Mythology of Work (2015), British sociologist Peter Fleming (now based in Australia) proposes a “post-labour strategy”, including a three-day work-week.

The Take Back Your Time organisation, based in Seattle, argues the “epidemic of overwork, over-scheduling and time famine” threatens “our health, our relationships, our communities, and our environment”. It advocates for fewer annual working hours by promoting the importance of holiday times and other leave entitlements, including the right to refuse having to work overtime.

Despite these arguments, current prospects of working fewer hours without any reduction in wages seem unlikely. Wages are static. The pressure from employers is, if anything, to expect more hours.

In Australia, the last great success in reducing working hours was in 1983, when the Australia Conciliation and Arbitration Commission endorsed a 38-hour working week. Now reducing hours is not on the agenda of a union movement weakened by decades of declining membership.

But the 20th century did not begin with a strong union movement either. There were plenty of excuses not to reduce working hours, including the Great Depression and the economic deprivations of two world wars.

Few employers supported reduced working hours. For the most part, they bitterly resisted union campaigns first for a ten-hour and then an eight-hour day (and five-day week).

Among the few exceptions were William Hesketh Lever (co-founder of Lever Brothers, later to become Unilever) and Henry Ford, who saw the potential for increasing productivity from a less fatigued workforce. Now countries such as Germany and Denmark demonstrate that working fewer hours is quite compatible with economic prosperity.

This month marks the 70th anniversary of the Universal Declaration of Human Rights.

Article 24 of the declaration states: “Everyone has the right to rest and leisure, including reasonable limitation of working hours and periodic holidays with pay.” All members of the United Nations that have formally endorsed the declaration have, inter alia, endorsed leisure as a human right.

Not so long ago the age-old desire for more leisure and less work was a key part of the industrial and social agenda. Are we now content just to complain about lack of time? Or should we be seeking to do something about it?

Anthony Veal does not work for, consult, own shares in or receive funding from any company or organisation that would benefit from this article, and has disclosed no relevant affiliations beyond their academic appointment.