Australian-born Muslim woman Cindy Mohamed uses her real name on her resume these days, but that hasn’t always been the case. 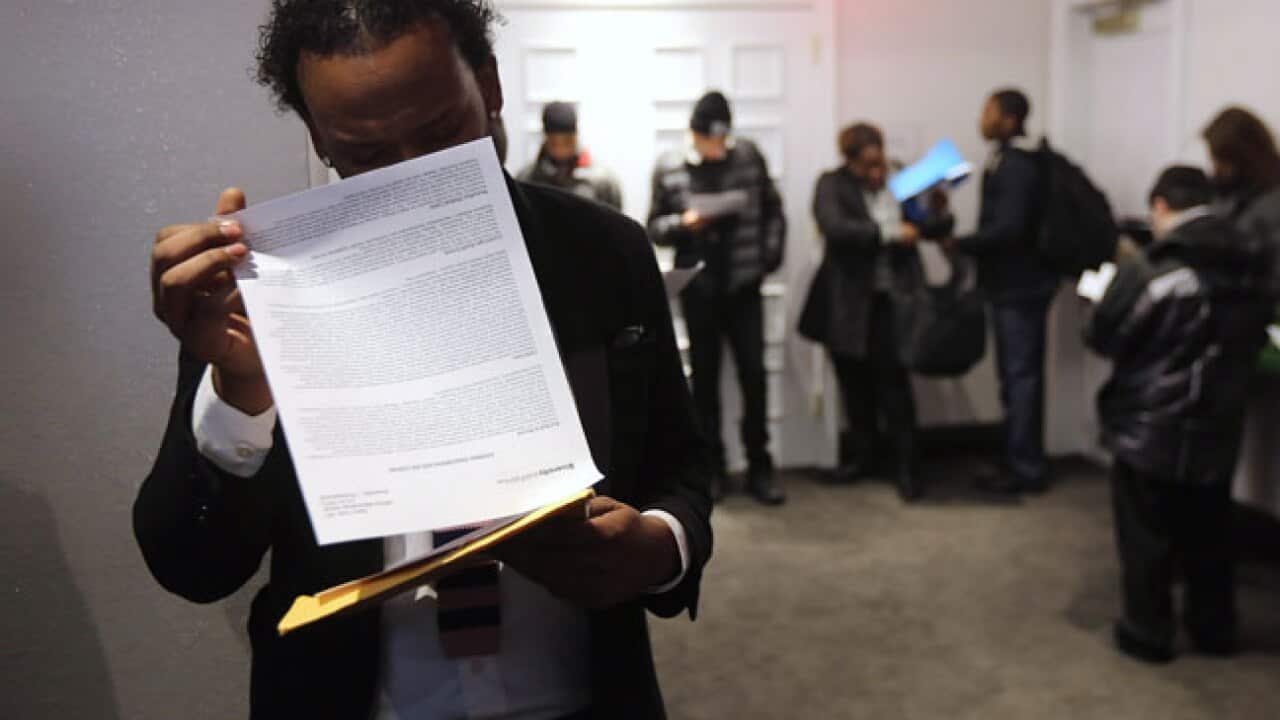 A man reading over his resume Source: SBS

Cindy Mohamed uses her real name on her resume these days, but that hasn't always been the case.

The Australian-born Muslim woman recalls changing her surname “post 9/11” after becoming frustrated with numerous rejections for jobs she felt suitably qualified for.

The first time she used the surname 'Makram', a name borrowed from her father's side of the family, she won a job interview from a company that had already rejected her application as Cindy Mohamed.

Advertisement
She was so upset by the realisation her name was affecting her job-hunting that she “actually told them off”.

“I thought, 'From now on I'm sending my resume with Cindy Makram.'”

Ms Mohamed's story is not unusual. According to an Australian study, job seekers with foreign-sounding names could be missing out on job interviews because of “habitual workplace discrimination”.

Researchers from the Australian National University submitted 4000 fictional job applications for entry-level jobs, and found those with “non-Anglo” sounding names had to submit more resumes in order to gain an interview.

Someone with a Middle Eastern-sounding name typically must submit 64 per cent more applications than a person with an Anglo-sounding name to land a job interview.

Those with a Chinese-sounding name needed to submit 68 per cent applications, an Indigenous person 35 per cent more, and an Italian person 12 per cent more.

In addition, a study released by the University of Melbourne in March this year found that job seekers were more likely to feel discriminated against on the basis of ethnicity while looking for a job than they were once they had actually secured a role.

Mr Wang says he is “not surprised” by the study's findings.

“The reality is that that's probably not too far from the truth at all,” he says. “What I was surprised at was just how badly the Chinese names ranked.”

Mr Wang conducted an informal survey among members of the forum, and said the group typically agreed with his reaction.

“The response was, overwhelmingly, 'Yeah, of course this happens',” he says.

But the group was divided over whether it presented a problem for jobseekers from non-Anglo backgrounds.

“One group said 'Yes, it's a problem and we're basically up against a wall.'”

“The other group said… 'It's not worse than any other form of discrimination.'”

Those most concerned “tended to be younger uni students [or] recent migrants who maybe have not mastered as much of the language,” Mr Wang says.

Alison Booth, one of the researchers of the study, has
previously suggested
job seekers who fear being discriminated against could consider Anglicising their names.

“This is the counsel given by some immigration lawyers,” she wrote.

Mr Wang says he believes people should do what works for them in order to land a job.

“I've had friends who have personally changed their names, and they believe that has had a profound effect on their career path. I believe if it works for you, it's great.”

A Chinese-born former student who asked not to be named told SBS via email she preferred to use her “English name” when applying for jobs and while working in Australia.

“One thing I learnt which I think can be transferred to job hunting is if you make your customer's life easier, they are more likely to accept you or even like you,” she explains.

“My Chinese name is hard to pronounce and remember by non-Chinese speakers. I just found that with my English name they actually can relate to me easily.”

READ MORE: From Ricardo, to Richard, to Ricardo

Ruiqi "Ricky" Wang says he used both his real name and his Australian nickname while job-seeking.

"I thought [Ricky] might be easier for people to use," he explains.

But once he obtained a job with the Department of Defence, he reverted to his real name at the suggestion of a colleague.

"The guy said to me, 'I think your real name is pretty cool, why don't you just use that?'"

"Therefore, I kept my real name and everybody around adopted it with no problem at all."

'WE TRY NOT TO LOOK AT NAMES'

Sam Ayad runs a software business with around 100 employees. Over half of his staff members come from Asian backgrounds; a fact he says has only helped his business.

“When we advertise, we try not to look at names, to be honest,” he says. “Some of the most successful people have very strange names. Why discount them?”

“We have a very open mind when it comes to recruitment and that's worked very well for us.”

With more Australian companies looking to do business with China, Mr Ayad believes employers can benefit from having recruiting those who understand the local language and culture.

“Doing business [in China] is certainly very different to doing business over here. You've got to work hard on building relationships.

“Having that middle person who is Chinese speaking and born in China certainly gives you an edge.”

'HIRE PEOPLE FOR THEIR SKILLS'

Cindy Mohamed says she felt confident reverting to her actual name once she had secured a job. It helped that staff at the major telecommunications company she worked with were very supportive.

“[That company] was amazing,” she said. “They said, look, we have Muslims, we have Hindus… it wasn't a problem.”

“I am using Mohamed now. I am more confident of who I am compared to seven years ago,” she says.

But, she adds, she would urge employers to look at a whole resume before making a decision about whether to interview them.

“Hire people for their skills, not their name,” she says.

HAVE YOUR SAY: Have you changed your name on your resume to avoid discrimination? Leave your comment in the field below.