Prime Minister Scott Morrison says those working less than 20 hours a week will receive $750 a fortnight under a revamped JobKeeper program. 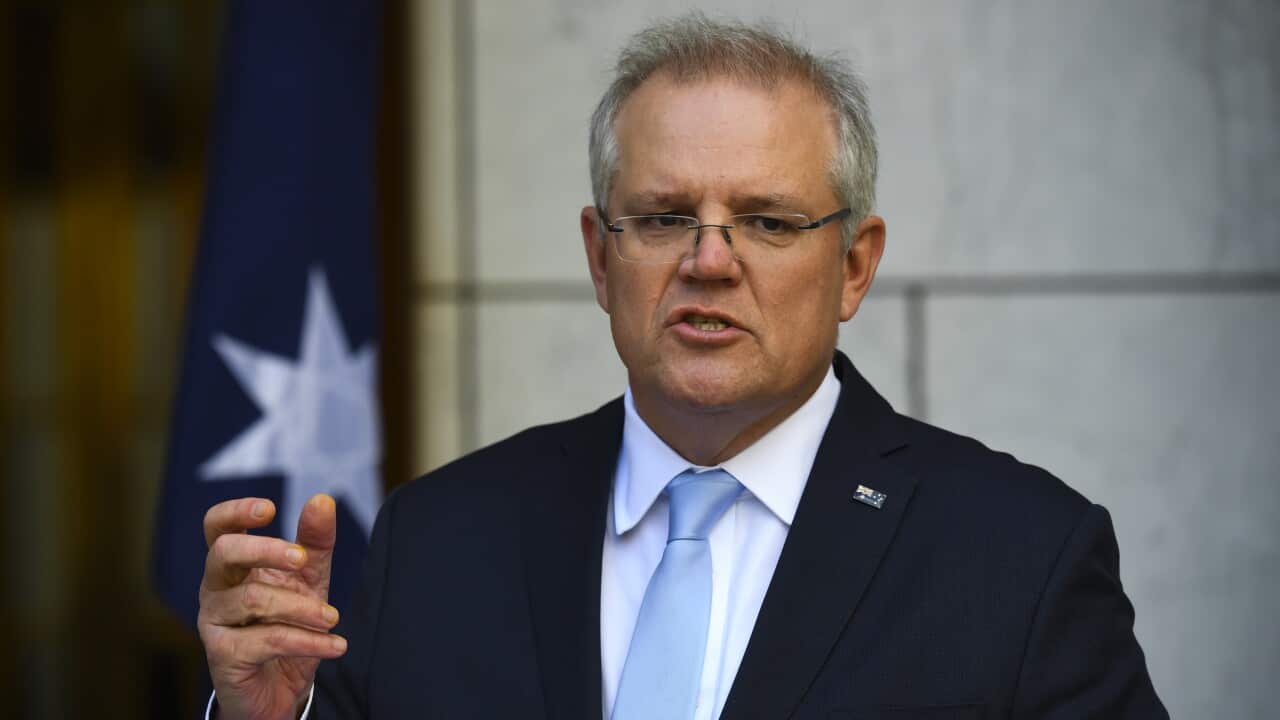 Australian Prime Minister Scott Morrison says there are more than 3,000 ADF personnel assisting in the fight against coronavirus. Source: AAP

Wage subsidies will be reduced to $1200 a fortnight for full-time workers after September as part of the federal government's overhaul of coronavirus support.

People working less than 20 hours a week will have their JobKeeper payment cut to $750 a fortnight.

Most businesses will have to requalify for JobKeeper by demonstrating a 30 per cent loss in revenue, with the threshold 50 per cent for major companies.

The new rates will run between September and March.

The coronavirus supplement for JobSeeker unemployed benefit recipients will drop from a current $550 to $250 at the end of September, and remain at that rate until the end of the year.

JobSeeker recipients will be able to earn $300 a fortnight without it affecting their payment.

"I am leaning heavily in to the notion that we would anticipate on what we know right now that there obviously would need to be some continuation of the COVID supplement post-December," Mr Morrison said.

Mutual obligation requirements for people on JobSeeker will return from 4 August, with the assets test to be reintroduced from the end of September.

READ MORE
JobSeeker changed this mum's life. Could a basic income for all ever be a reality?

The prime minister said Australians understood both programs were temporary.

"They know a current scheme that is burning cash, their cash, taxpayers' cash to the tune of some $11 billion a month cannot go on forever," Mr Morrison said.