The US and Russian presidents both indicated support for further diplomacy on the tense standoff between Russia and Western-backed Ukraine. 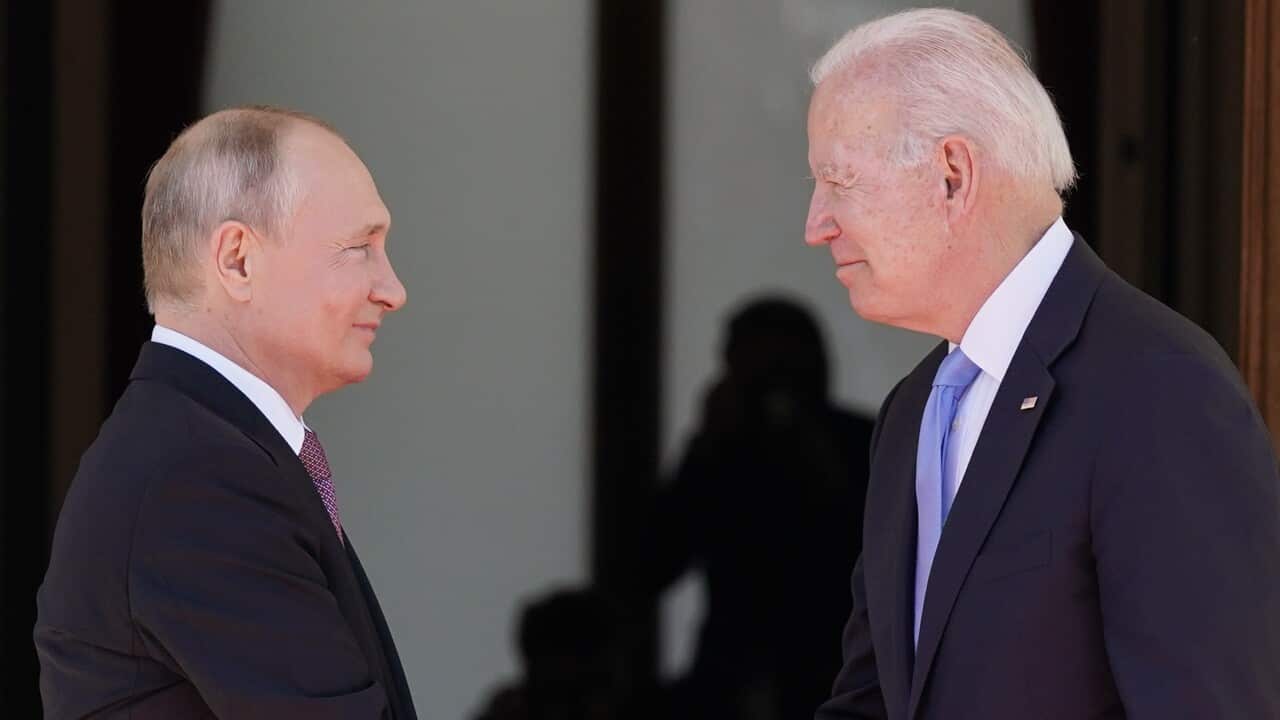 US President Joe Biden has warned his Russian counterpart Vladimir Putin of a tough response to any invasion of Ukraine, while the Kremlin leader says anti-Moscow sanctions would be a "colossal mistake".

After a 50-minute phone call - their second in just over three weeks - both presidents on Thursday indicated support for further diplomacy on the tense standoff between Russia and Western-backed Ukraine.

Mr Putin was "pleased" overall with the talks, foreign policy adviser Yury Ushakov told reporters. A senior US official, who spoke on condition of anonymity, said the tone "was serious and substantive."

Advertisement
But there was no disguising the depth of disagreement - or the dangerously high stakes on the fringes of eastern Europe - ahead of in-person negotiations between high-ranking Russian and US officials on 10 January.

Mr Biden "made clear that the United States and its allies and partners will respond decisively if Russia further invades Ukraine," Press Secretary Jen Psaki said in a statement.

Mr Ushakov, referring to Washington's repeated threats of intensive economic sanctions as a response to a Ukraine attack, said this would be "a colossal mistake. We hope this will not happen."

Mr Ushakov also said that Russia is looking for a concrete "result" in the January talks in Geneva, while the White House said it too wanted action - de-escalation by Russia's massive military presence on the Ukrainian border.

"President Biden reiterated that substantive progress in these dialogues can occur only in an environment of de-escalation rather than escalation," Ms Psaki said.

Moscow describes the menacing troop presence as protection against an encroaching West, particularly NATO, although Ukraine has not been offered membership in the military alliance.

Earlier this month, the Russians issued a sweeping set of demands, including guarantees that NATO not expand further and a bar on new US military bases in former territories of the Soviet Union.

The United States rejects what it calls a bid by the Kremlin to dictate independent countries' futures, and warns that if troops do cross into Ukraine, Russia will face blistering economic sanctions backed both by Washington and EU capitals.

Mr Biden was shown in an official White House picture wearing a suit and tie and speaking from a large wooden desk lined with family photos in his Wilmington home. A framed US flag hung from the wall behind.

He went into the call ready to offer Putin a "diplomatic path" out of the crisis, a senior administration official told reporters.

In a holiday message to Mr Biden hours before they talked, Putin said he was "convinced" that "we can move forward and establish an effective Russian-American dialogue based on mutual respect and consideration of each other's national interests."

Kremlin spokesman Dmitry Peskov told reporters that Putin was "in the mood for a conversation."

"We believe that only through talks is it possible to solve all the immediate problems that we have in abundance between us," Mr Peskov said.

US support for Ukraine

The January talks will see Russian officials sitting down separately with negotiators representing the United States, NATO and the regional OSCE security forum, which also includes the United States.

Russia's delegation will be led by Deputy Foreign Minister Sergei Ryabkov, and the US delegation by Deputy Secretary of State Wendy Sherman.

Ukraine, which wants to join NATO but has been told it is far from being ready to win acceptance, is eager not to be cut out of any wider deal.

US officials have been at pains to insist that no decision will be taken behind the Ukrainians' backs and that while US troops would not be sent to defend the country against Russia, ongoing deliveries of weapons and other military assistance are set to expand if Moscow attacks.

On Tuesday, the Pentagon said a US aircraft carrier group was to remain in the Mediterranean as a reassurance to European allies and on Thursday, CNN quoted a military official saying that a powerful US spy plane had flown over eastern Ukraine for the second time this week.

The plane is capable of monitoring large areas of territory, tracking and photographing everything from vehicles to other aircraft, the report said.