Joe Biden has made a number of pledges to improve access to reproductive healthcare, with pro-choice organisations hoping he will start work immediately following the Trump administration's "regressive policies". 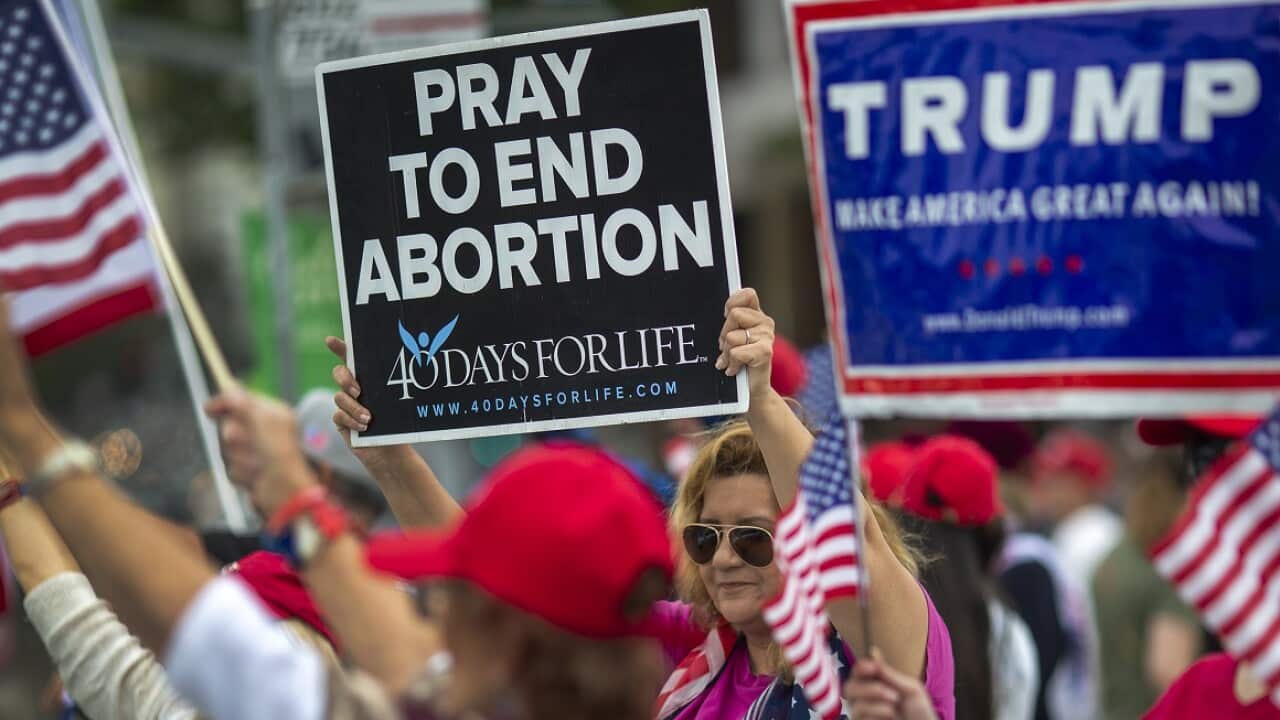 US pro-choice organisations say they have high hopes that President-elect Joe Biden will advance reproductive rights in the country and “undo the damage” of his predecessor Donald Trump.

Mr Biden has already flagged an intention to restore funding to Planned Parenthood, protect a woman's right to choose and rescind some of the Trump administration’s more controversial abortion-related policies.

His plans have been welcomed by pro-choice organisations like Planned Parenthood, which has said the Trump administration’s “regressive policies... attack sexual and reproductive health and rights”.

Advertisement
READ MORE
As Donald Trump exits the White House, he leaves Trumpism behind in Australia

NBC News on Monday reported that reproductive rights advocates expect the government to act quickly to overturn Trump-era rules, including those blocking domestic and foreign aid funding for organisations that provide abortion counselling or referrals.

"We have a tonne of work to do to undo the harm over the last four years, but knowing we have champions there who understand what needs to happen in the first 100 days is tremendously exciting," Planned Parenthood president and chief executive Alexis McGill Johnson told NBC.

Anti-abortion activists are less enthusiastic, with National Catholic Biothetics Center president Joseph Meaney telling the Catholic News Agency last year that Mr Biden had taken “the most extreme stance he could on the abortion issue”.

“We can expect everything that happened during the Obama administration to happen again,” he said.

"Pro-life" demonstrators listen to US President Donald Trump as he speaks at the 47th annual "March for Life" in Washington, DC in January 2020. Source: AFP

Mr Trump, who has described himself as “strongly pro-life”, targeted the evangelical vote during his 2016 campaign by promising to appoint anti-abortion justices at the Supreme Court.

During his presidency, his administration restricted funding for organisations that provide abortions or assist patients in receiving them, and
co-sponsored an international declaration
against the United Nations’ universal right to abortion.

Mr Trump was also successful in shifting the balance of the Supreme Court by bringing in conservative appointees Neil Gorsuch, Brett Kavanaugh and Amy Coney-Barrett, which progressives and Democrats fear could allow a challenge to the court's landmark 1973 Roe v. Wade decision legalising abortion.

But Mr Biden’s campaign website says he will work to codify Roe v. Wade into law, and have the Justice Department do “everything in its power” to “stop the rash of state laws that so blatantly violate” the historic Supreme Court decision.

He plans to overturn the Trump administration rule that prevents organisations from receiving federal funds under Title X - the country’s program for affordable reproductive healthcare - if they provide abortion counselling or referrals.

Mr Biden also intends to rescind the Mexico City Policy, introduced by the Reagan administration and reinstated by Mr Trump, which similarly prevents US global health funds going to foreign groups that provide or inform patients about abortions.

He has pledged to restore an Obama-era policy which required employers to provide insurance to cover women’s birth control,
after the Trump administration made changes
to allow any non-profit, for-profit or publicly-traded employer to make religious or moral objections.

The restored policy will still provide an exemption for houses of worship and “an accommodation for nonprofit organisations with religious missions”, while allowing women at these organisations access through their own insurance company or a third-party administrator.

Mr Biden also supports repealing the Hyde Amendment, which blocks taxpayer money from being used to allow women to get abortions except in cases of rape, incest or when the woman is in danger.

Advocacy organisations including Planned Parenthood, the Center for Reproductive Rights and the International Women’s Health Coalition have welcomed his plans and are urging him to work on them immediately.

Planned Parenthood in December said the incoming administration had gotten off to a good start with the announcement of Mr Biden’s intended nominations for roles including the Secretary of Health and Human Services Xavier Becerra - described as an “enemy of life” by the anti-abortion American Life League organisation.

Naral Pro-Choice America, meanwhile, was earlier this month enthusiastic about Mr Biden’s Department of Justice nominations, particularly those for the roles of Associate Attorney General and Assistant Attorney General for Civil Rights.

“President-elect Biden’s nomination of prominent civil rights leaders Vanita Gupta and Kristin Clarke to leadership positions in the Department of Justice further underscores this administration’s commitment to undoing the damage of its predecessors and ensuring that everybody is able to make their own decisions about their bodies, lives, and futures, with dignity,” the organisation's president Ilyse Hogue said in a media release.