EXCLUSIVE: The former prime minister has added his voice to calls for the government to do more to help Afghans who assisted Australia. 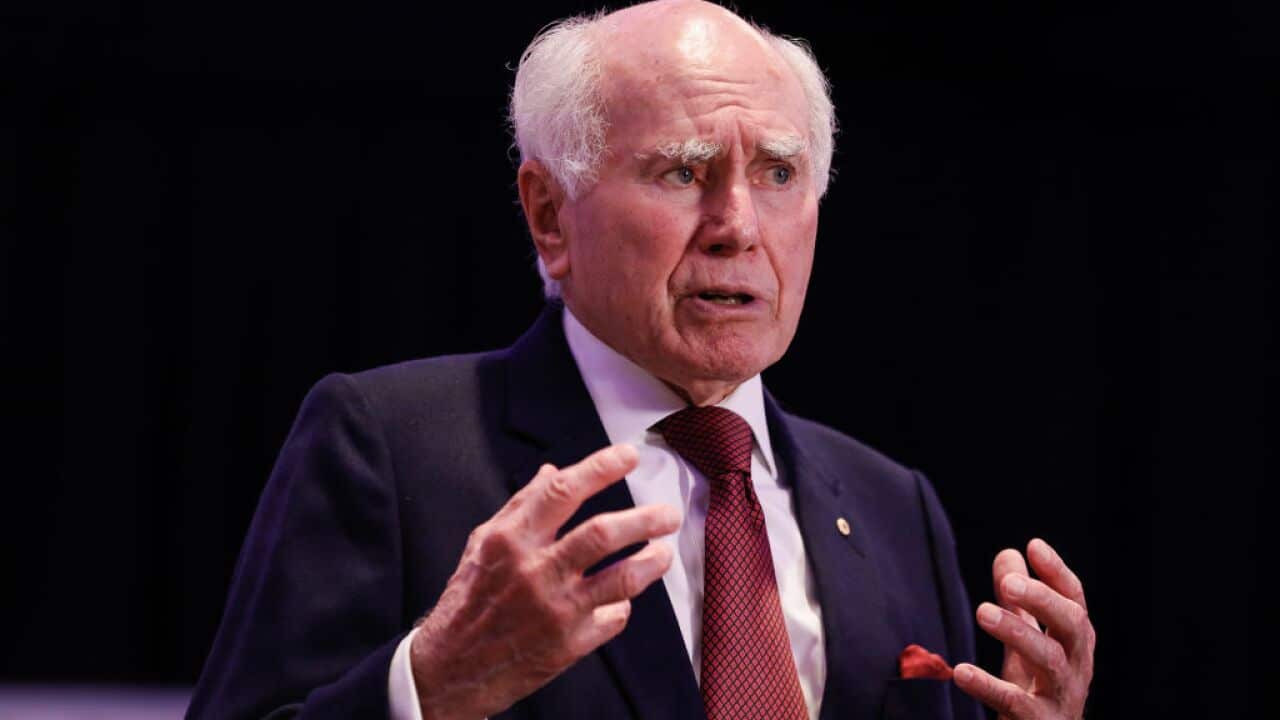 “Where it is clearly the case that they could be in danger of retribution, we have an obligation to help them if necessary, by giving them visas to come to live in Australia,” he told SBS News.

Mr Howard also appeared to suggest that contractors who have been excluded from the special visa program for Afghan locally engaged employees should be included.

A number of Afghans who assisted Australia have been denied visas because they were employed by subcontractors, even though they worked directly with Australian agencies.

SBS News has spoken to several who assisted Australian agencies on aid projects, and are now in hiding after receiving death threats from the Taliban.

“I don't think it's something that should turn on some narrow legalism,” he said.

“If a group of people gave help to Australians, such that their lives and that of those immediately around them are in danger, we have a moral obligation to help them.

“Now, as to what applied in each situation, I don’t know because I have been out of government for 13 years, and that’s a detail that has to be sifted through by the current government."

The governor of Uruzgan, the province where Australian troops served for almost two decades, said it's up to Australia if it wants to save its Afghan staff.

“This is the right of the people if they want asylum and Australia is offering them asylum,” Uruzgan Governor Mohammad Omar Sherzad told SBS Pashto.

“Our first wish and hope is to have a permanent peace and security in Afghanistan, and people could live their lives in their homeland.

“I request from all Afghans to come and build this country and bring development, peace and security to this country.”

In his first comments on the war in Afghanistan since the reported withdrawal of all remaining Australian troops, Mr Howard, who was prime minister when the troops were first deployed, said he regretted the deaths of 41 Australian soldiers there.

“I always regret the loss of an Australian soldier in war, always," he said.

"And I was very conscious when I decided, I was the prime minister at the time, to send our forces in 2001, that there was a risk that lives would be lost.

The Taliban has reportedly doubled its territorial gains since 1 May, and analysts say the return of terrorist groups like Al Qaeda is inevitable.

Despite the resurgence of the militant groups, Mr Howard insists Australia's mission has been accomplished.

“Our original mission was to deny Al-Qaeda the capacity to repeat what it did on 11 September 2001 and there's no doubt that was achieved," he said.

“The contribution that we made, which was originally at the sharp end of the operation, morphed into something a little different.

"But nonetheless, it was very much about securing the anti-Taliban forces in Afghanistan, and the Australian forces fought very professionally, very bravely and we particularly remember, of course, 41 of them lost their lives fighting in the Australian military forces and we should always bear that in mind.”

The ABC has reported that Australia’s remaining troops in Afghanistan have already withdrawn.

Defence Minister Peter Dutton is expected to make an announcement in the coming days.