Ecuador has reportedly laid out conditions for its "guest" Julian Assange, including curbing his speech and looking after his cat, if he wants internet access. 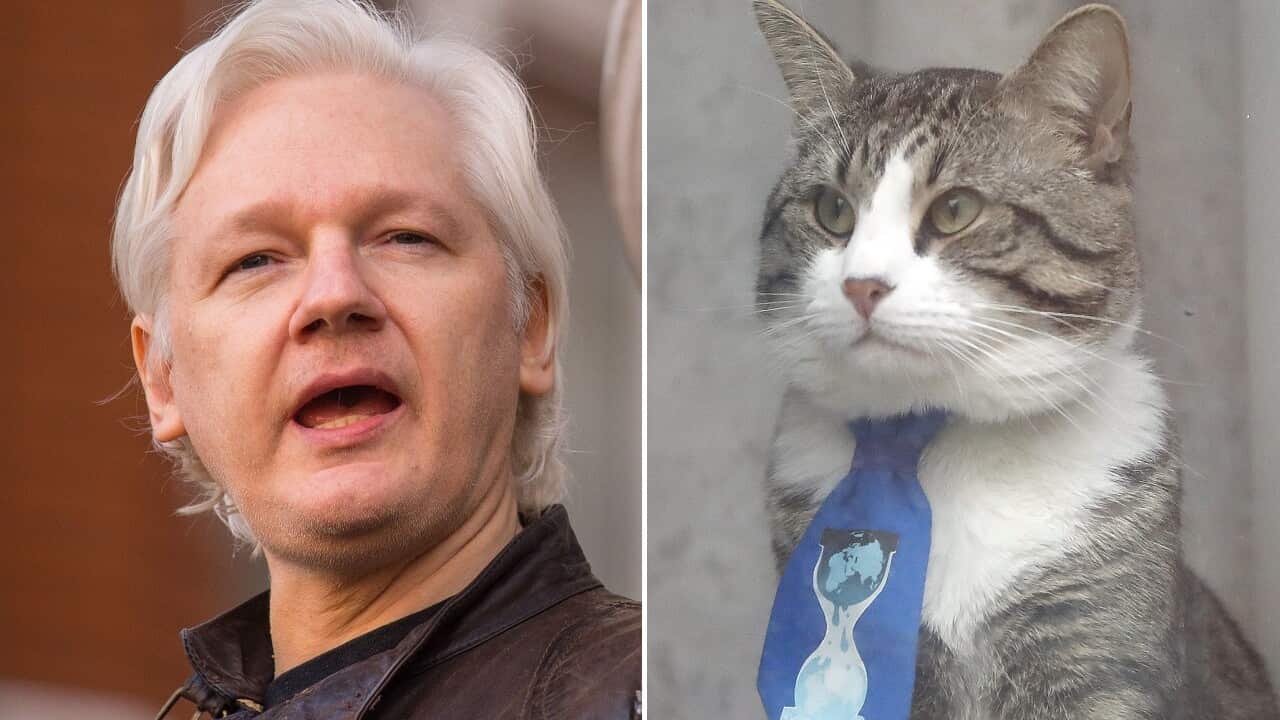 Julian Assange and his cat. He's been ordered to clean up after his cat and pay his bills. Source: AAP

Ecuador has formally ordered Julian Assange to steer clear of topics that could harm its diplomatic interests if he wants to be reconnected to the internet, according to a memo published in a local media outlet.

The nine-page memo published on Monday by Ecuadorian website Codigo Vidrio said Assange is prohibited from "interfering in the internal affairs of other states" or from activities "that could prejudice Ecuador's good relations with other states".

There was no indication Assange signed on to the memo, which governs the WikiLeaks founder's access to the wi-fi network of the Ecuadorian embassy in London, where he has lived since seeking asylum there in 2012.

Advertisement
The Associated Press could not immediately authenticate the document. But Codigo Vidrio has a track record of publishing inside material from the London embassy, and the restrictions detailed in the memo echo the conditions Ecuadorian President Lenin Moreno recently described in an interview with AP.

Messages left with Ecuador's Foreign Ministry and WikiLeaks representatives were not immediately returned.

Tension has been long building between Assange and his hosts, particularly after the Australian ex-hacker began cheering on Catalonian secessionists in Spain last year. In March, Ecuador announced it was restricting Assange's access to the internet.

On Sunday, WikiLeaks said Assange would be reconnected to the internet, but it's not clear whether the move was contingent on him agreeing to Ecuador's conditions.

The memo mostly governs security and communication issues, but offers hints of other Assange issues at the embassy.

For example, the document ordered Assange to keep the bathroom clean and warned that his pet cat would be confiscated and taken to an animal shelter if he did not look after it.

Assange took refuge at the Ecuadorian embassy to avoid extradition to Sweden, where he faced sex crimes allegations.