Three former police Minneapolis officers, who were peripheral characters in the deadly arrest of George Floyd, will face trial in the US District Court in St Paul. 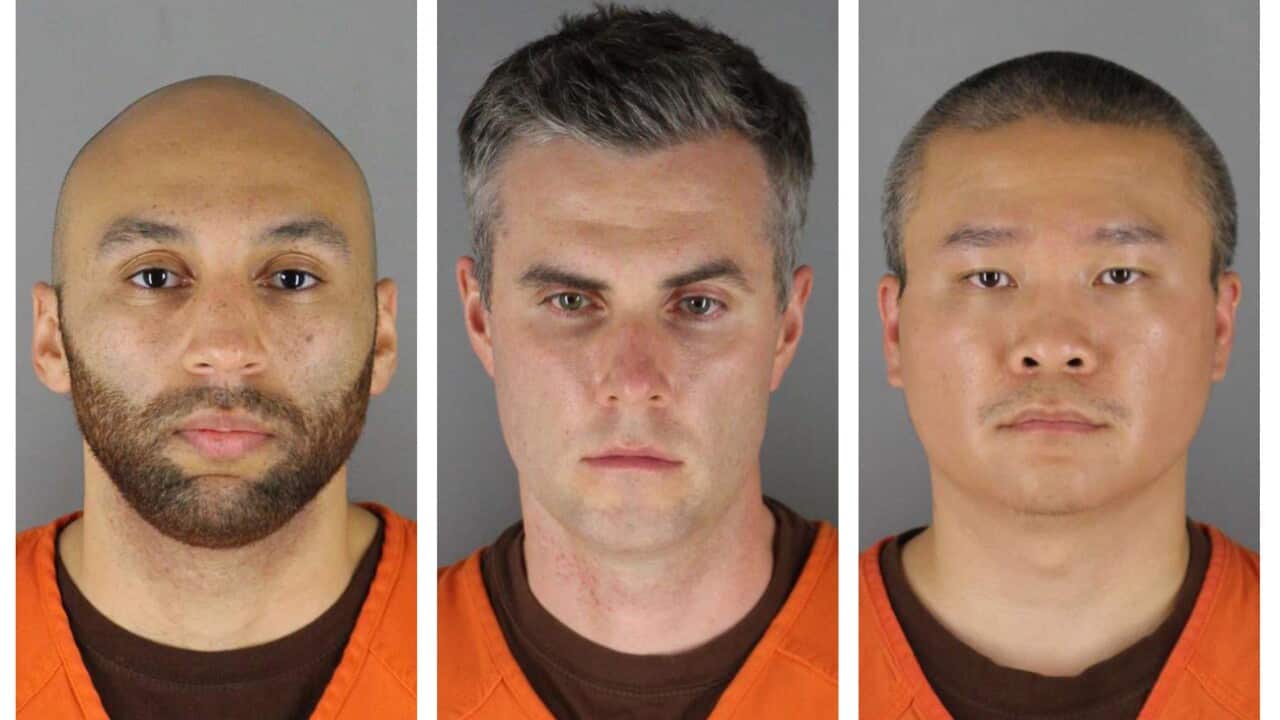 The federal prosecution of three former Minneapolis police officers who took part in the deadly arrest of George Floyd begins on Friday.

The trial hinges on the question of when an officer has a duty to intervene in a colleague's excessive use of force.

Tou Thao, J Alexander Keung and Thomas Lane are charged with violating Mr Floyd's civil rights during the arrest on a road outside a Minneapolis grocery store in May 2020.

Advertisement
All three men were peripheral characters in a chaotic, violent scene that galvanised some of the largest anti-racism protests in the United States. They can all be glimpsed at times in a widely seen smartphone video that shows their colleague Derek Chauvin with his knee on the handcuffed black man's neck for more than nine minutes.

A jury found Chauvin, 45, guilty of murder and manslaughter in Mr Floyd's death at the end of a nationally televised state trial in April 2021, and a Minnesota judge sentenced him to 22.5 years in prison.

Another jury, the selection of which begins on Friday in the US District Court in St Paul, will now be asked to decide what, if anything, his colleagues should have done to stop Chauvin kneeling on Mr Floyd, who was suspected of buying cigarettes with a counterfeit $20 bill.

"Now the question is: who else gets held accountable?" said David Schultz, a law professor at the University of Minnesota. "Am I my fellow officer's keeper? If I see Derek Chauvin do something wrong, do I have some kind of duty to intervene?"

Mark Osler, a law professor at Minnesota's University of St Thomas and a former federal prosecutor, said most police misconduct trials, including that of Chauvin, focus on an officer's actions.

"This is about the actions that were not taken," he said. "This is a very different trial."

Chauvin, who is white, was also charged alongside his colleagues by federal prosecutors with violating Mr Floyd's civil rights. He changed his plea to guilty last December.

Mr Thao, Mr Keung and Mr Lane, who could face years in prison if convicted, have all pleaded not guilty.

Prosecutors from the US Department of Justice's civil rights division will seek to convince the jury that the men "willfully failed to aid Floyd" as he fell unconscious beneath Chauvin's knee.

The indictment says that a person under arrest has a right to "be free from a police officer's deliberate indifference to his serious medical needs."

Mr Thao and Mr Keung face an additional count in the indictment, which says they "willfully failed" to stop Chauvin using excessive force against a prone, handcuffed Mr Floyd, violating Mr Floyd's right to be free from unreasonable seizure.

Mr Lane, who helped Mr Keung physically restrain Mr Floyd's lower body, avoided being charged with the second count in part because videos record him asking his colleagues whether they should roll Mr Floyd on his side, a position in which it is easier to breathe.

Mr Thao, meanwhile, contended with anguished onlookers, who screamed at police that Mr Floyd had stopped breathing, by ordering them to stay on the sidewalk.

In his plea agreement with prosecutors, Chauvin agreed with the prosecution assertion that Mr Thao and Mr Lane did and said nothing to stop Chauvin's use of force.

Many of the onlookers, who testified at Chauvin's state trial, are expected to be called as witnesses at the federal trial. Neither prosecutors nor defence lawyers have publicly said if they will call Chauvin to testify.

Mr Thao had worked for the Minneapolis Police Department for eight years; Mr Lane and Mr Keung had joined only a few months prior to the arrest, and Chauvin was their field training officer, something their defence lawyers are expected to emphasise.

Legal experts said the prosecution might accelerate challenges to the "thin blue line" culture prevalent in US police departments that discourages individual officers from speaking out against colleagues' misconduct.

"It does run counter to the old-style culture of law enforcement, but it is not new," said Candace McCoy, a criminal justice professor at New York's John Jay College.

"We've seen this concept develop over the past decade, with several large police departments that specially train officers on a duty to intervene," she said.