Two other firefighters have suffered burns after the truck they were travelling in rolled, the New South Wales Rural Fire Service confirmed. 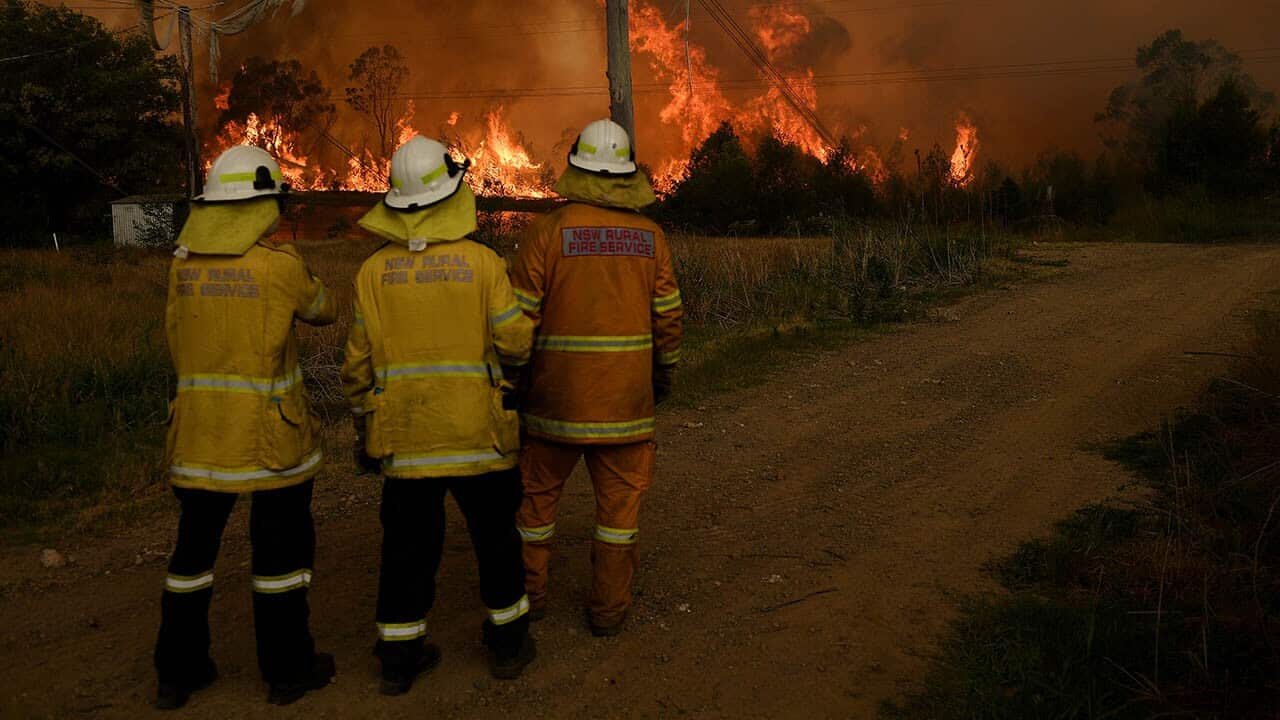 A volunteer firefighter has died and two others have suffered burns while battling the out-of-control Green Valley Fire, near the New South Wales-Victoria border.

It is believed their truck rolled in extreme winds while attending the fire near Jingellic, approximately 70km east of Albury.

A fourth firefighter has also been transported to hospital after a second vehicle in the same area was blown over by the extreme winds, the NSW Rural Fire Service (RFS) said on Monday evening.

Advertisement
The identities of the firefighters involved are yet to be confirmed but the NSW RFS said their "thoughts were with all the firefighter's families, friends and fellow brigade members."

"Further information will be provided in due course," the statement continued.

READ MORE
'Thank you for your service': tributes for firefighters killed in truck rollover

The incident brings the death toll of volunteer firefighters during this year's catastrophic fire season to three.

Earlier this month,
Geoffrey Keeton, 32, and Andrew O'Dwyer, 36
, were killed when their truck rolled near Buxton, south-west of Sydney. Both were fathers of young children and members of the Horsley Park Rural Fire Brigade.

Following the deaths, flags across the state were flown at half-mast as tributes poured in hailing Mr O'Dwyer and Mr Keaton "heroes".

On Monday night, NSW Premier Gladys Berejiklian tweeted that she was lost for words, describing the incident as "just heartbreaking". NSW opposition leader Jodi McKay also expressed her condolences on behalf of her party.

"A brave firefighter has lost their life protecting the community east of Albury. Words fail at times like this," Ms Berejiklian said.

Prime Minister Scott Morrison said he was "devastated" by the loss of a third volunteer firefighter. "These are testing times. We are so grateful for the courage and dedication of our firefighters," he wrote on Twitter.

The death comes a day after
Mr Morrison announced plans to provide financial support of up to $300 per day for volunteer firefighters
when they are deployed for more than 10 days this fire season.

As of 8.30pm on Monday, 14 emergency fire warnings remained in place across eastern Victoria, while four fires remained at emergency level in both NSW and Tasmania.