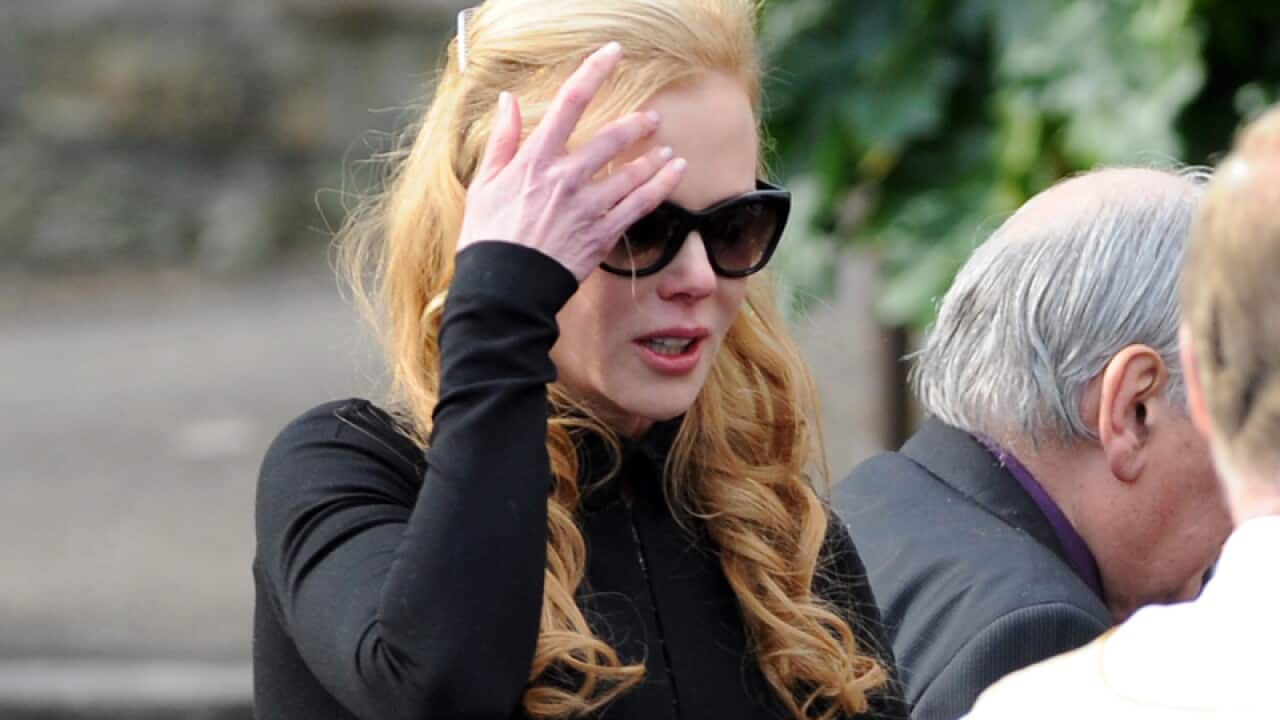 Nicole Kidman has described her late father as her protector and confidant. (AAP) Source: SBS

Nicole Kidman has described her late father as her protector and confidant.

The Oscar-winning actress was joined by her husband Keith Urban and their children Sunday, 6, and Faith, 3, at Antony Kidman's funeral on Friday on Sydney's plush lower north shore.

Advertisement
Russell Crowe, his ex-wife Danielle Spencer and Dick Smith were also there, paying their respects to the well-known Sydney-based clinical psychologist, who died from an apparent heart attack last Friday morning in a restaurant at the exclusive Tanglin Club in Singapore.

Nicole Kidman remembered Dr Kidman as a dad who was always there for her, especially after her breakup with Tom Cruise.

"He was the father that was on a plane, hours after I got divorced, to come and take care of me, staying with me for weeks for as long as I needed," she said at the funeral.

"He was also the father who would when I was crying always tell me 'Nicki, it's going to be okay'."

"He was the father that would come to the principal's office after I forged his signature because I was wagging.

"The principal would ask 'Is this your signature?' and he would say 'yes!'," the actress said to laughter from the congregation.

"I'm a girl, a woman that was raised by an extraordinary man, a good man, a compassionate man, a strong man," she said.

"He was a man that was always there for me, a thinker, my confidant, my friend and my protector."

Her younger sister Antonia Kidman, husband Craig Marran and their six children were also at the funeral.

Dr Kidman, 75, was in Singapore last week to visit his daughter Antonia and her family.

After early morning exercise he went to the club's Wheelhouse restaurant, where he suffered an apparent heart attack and was later pronounced dead in hospital.

Nicole and Antonia have over the years publicly pointed to their father's strength and emotional support during their own personal dramas.

Nicole's adopted children from her first marriage to Tom Cruise, Isabella and Connor, did not attend the funeral.

Dr Kidman's wife Janelle remembered her partner as a "wonderful vibrant man" who cared deeply for his family.

"He was a dear good man who will never be forgotten," she said.