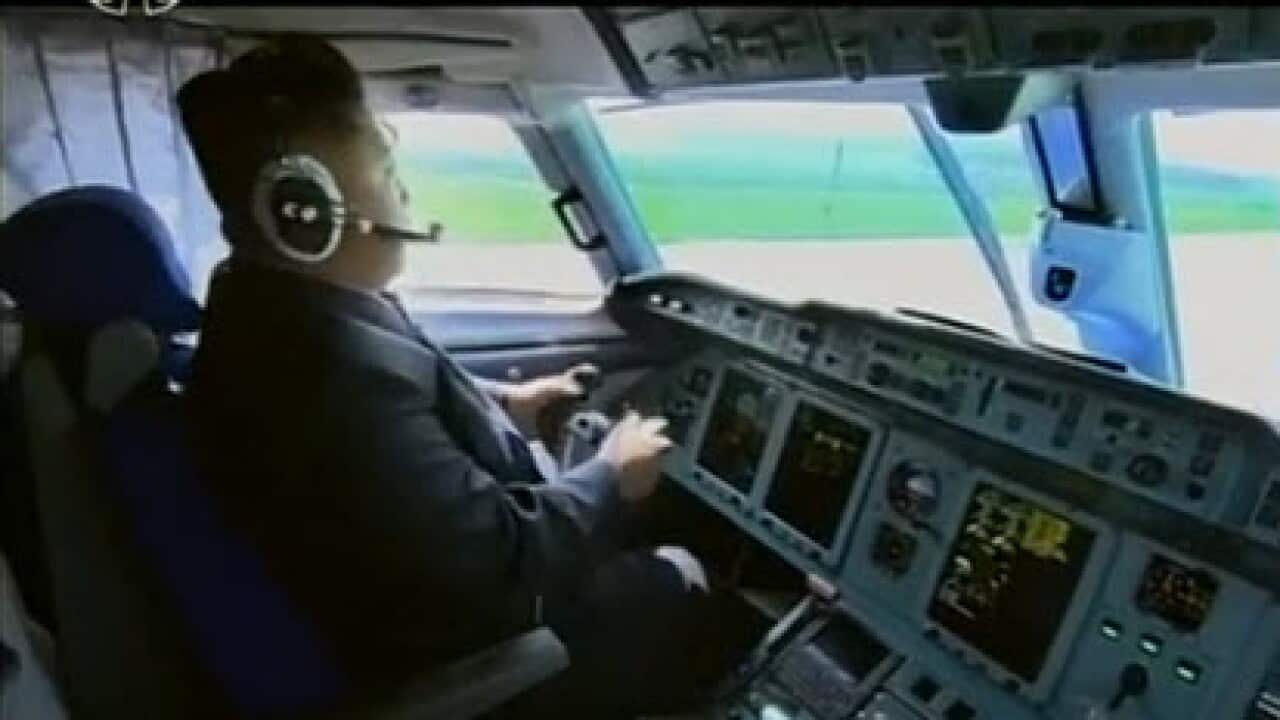 Very little information was released with the video, giving little clue as to how the 33-year-old acquired his piloting skills.

The editing of the video indicates that it portions of it could have possibly been staged.

North Korean media identifies the plane as an Antonov AN-148 model, built by a Ukrainian company.

The video is among a number of recent items released by North Korean state media showing Kim Jong UN active after being out of the public eye for 40 days.

No official reason was given for his absence, but state media indicated it might be due to an unspecified illness.