The traditional dance was performed as a thank you and farewell, as the fire crew prepared to return home. 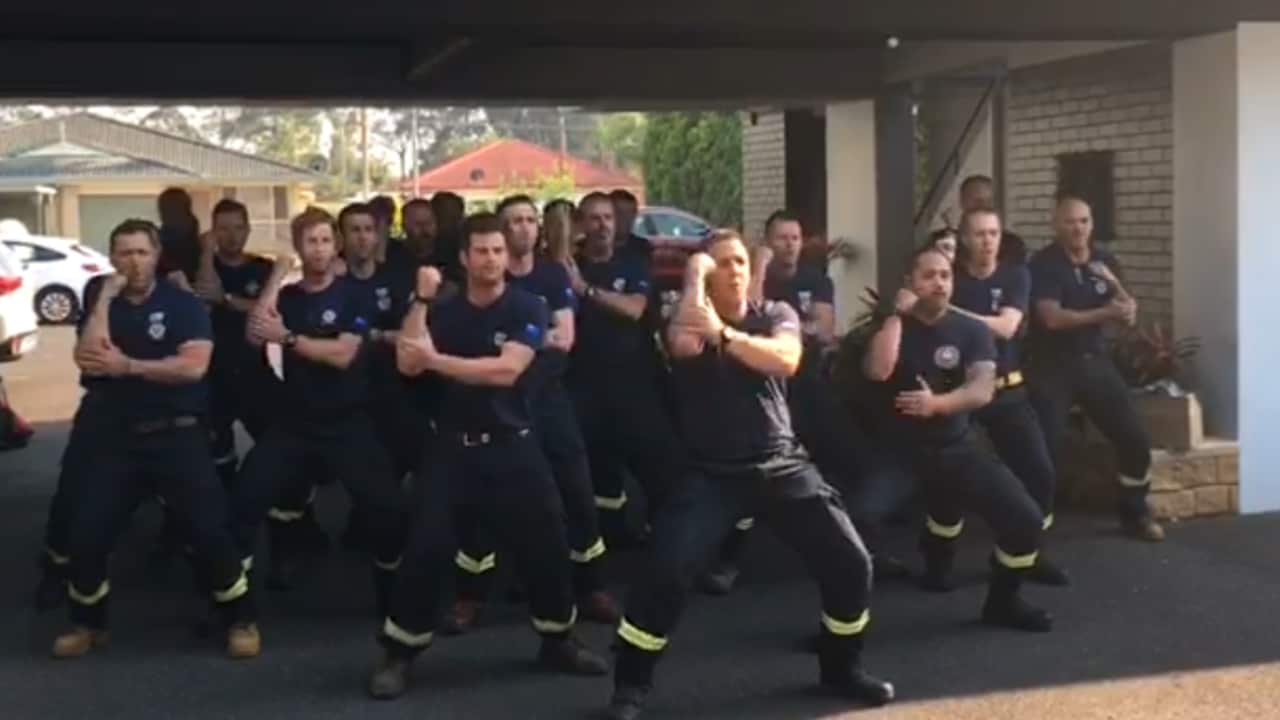 Firefighters from New Zealand have performed a moving haka in the fire-affected town of Ballina in New South Wales.

The crew spent three weeks battling blazes across the state and working to protect Australian homes.

Richmond Mayor Robert Mustow was invited to the performance and took to Facebook to express his gratitude.

Twenty-six firefighters from New Zealand were brought to Australia in mid-November, to help tackle the ongoing bushfire crisis.

They may still end up feeling the effects of the blazes,
with thick smoke from the fires drifting all the way across the Tasman Sea.

More than 680 homes have been destroyed in the state since this fire season began, with a further 250 damaged, accoring to authorities.

Last month, 17 emergency warnings were issued for separate fires on the one day, marking one of the toughest points in the unfolding bushfire crisis.