The British-Australian academic is nearly two years into a 10-year prison sentence in Iran - where she has been accused of espionage. 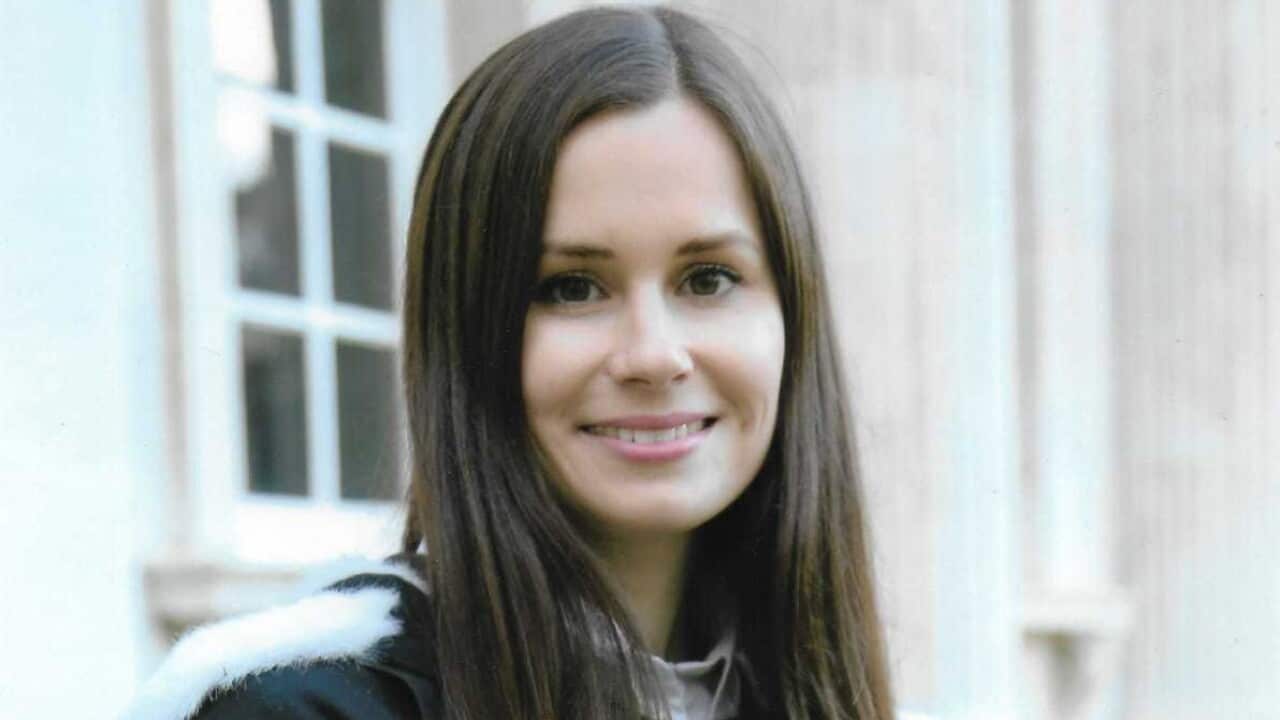 Dr Kylie Moore-Gilbert has been released from an Iranian prison. Source: AAP Images/Australian Department for Foreign Affairs and Trade/AP.

Foreign Minister Marise Payne says the Australian government continues to fight for the release of academic Kylie Moore-Gilbert from a notorious Iranian prison.

Senator Payne on Thursday expressed concern for Dr Moore-Gilbert, telling reporters she is facing an “impossibly difficult” situation but is receiving food, water and shelter.

“She is in very difficult circumstances – she is arrested, charged, convicted and sentenced on charges we don’t accept,” Senator Payne said.

Advertisement
“We have been very clear about that and we will continue to seek her release from Iranian authorities.”

A group of friends and colleagues have stepped up a public campaign for Dr Moore-Gilbert's release through social media over fears for her safety.

The British-Australian academic is nearly two years into a 10-year prison sentence in Iran - where she has been accused of espionage.

She was suddenly transferred to the Qarchak prison east of Tehran in July – a remote desert facility infamous for its hostility, violence and torture.

The Free Kylie Moore-Gilbert campaign has expressed concern that the Department of Foreign Affairs and Trade's “quiet” approach to resolving her situation has failed.

They have called on the government to increase public pressure on Iranian authorities and explore all diplomatic channels to secure her release.

Senator Payne said calls between Dr Moore-Gilbert, her family and Australia’s ambassador in Tehran had provided assurances regarding her wellbeing.

Australia's ambassador visited the academic in jail earlier this month, saying in a statement that she is "well".

Dr Moore-Gilbert lectured in Islamic studies at the University of Melbourne and was arrested at Tehran Airport in September 2018.

A report by the Human Rights Activists News Agency released in March detailed accounts of violence, rape, lack of medical care, poor hygiene and low-quality food at the Qarchak prison.