Labor had been insisting on further changes in the Senate but has now waved the controversial laws through parliament. 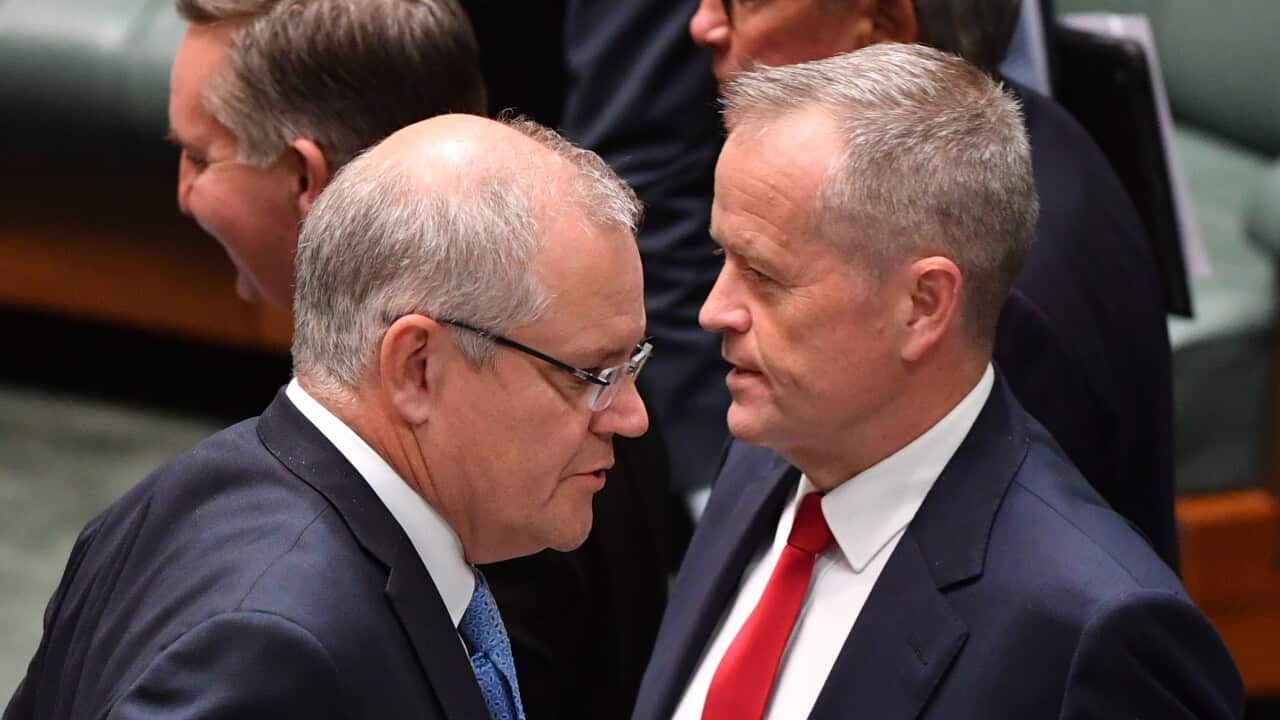 Prime Minister Scott Morrison and Leader of the Opposition Bill Shorten during division in the House of Representatives at Parliament House in Canberra. Source: AAP

Opposition leader Bill Shorten has backed down on encryption laws, agreeing to pass the controversial measures so they will be in place over the long Christmas parliamentary break.

The laws passed on Thursday evening with 44 Ayes and 12 Noes.

The Labor party was previously insisting on the changes, making
it all-but-certain that the laws could not pass until February in 2019
.

Advertisement
“We will pass the encryption laws, unsatisfactory as they are, right now,” Mr Shorten said at a surprise press conference on Thursday evening, while the Senate debate continued elsewhere in the building.


“We are not going to sacrifice the security of Australians.”

The government’s controversial encryption laws, which would give intelligence agencies new powers to force tech companies to help them crack encrypted devices, passed the House of Representatives with the support of both major parties earlier in the day.

Labor and the Coalition had agreed on key amendments – but Labor then said the 50 pages of changes did not do enough to implement the recommendations of the cross-party Intelligence committee.

If any of those changes were to win the support of the Senate, where a large crossbench made the prospect likely, this bill too would need to return to the House of Reps.

Labor attacked the government for not extending the sitting hours so both matters could be dealt with.

“They are walking out on a job half done because they are so frightened of the crossbench and Labor,” deputy opposition leader Tanya Plibersek said.

“They are prepared to endanger national security, by their own measure, because they are so frightened to do the right thing by refugees on Nauru.”


Meanwhile, the government accused Labor of holding the encryption bill “hostage” to secure a win on asylum seekers.

“If Labor holds the encryption bill as a hostage in the Senate for their cheap political games on border protection, it is on their heads,” defence minister Christopher Pyne wrote on Twitter.

“We will not be waiting for the Senate to pass superfluous amendments on the encryption bill.”

The government had repeatedly argued it was vital to pass the encryption laws before the holiday period, when intelligence agencies said they would come in handy to deal with an annual spike in terror threats.