The Abbott government has shut down a move by Labor to have parliament censure the prime minister over what it claimed was a breach of national security during a visit to ASIO headquarters. 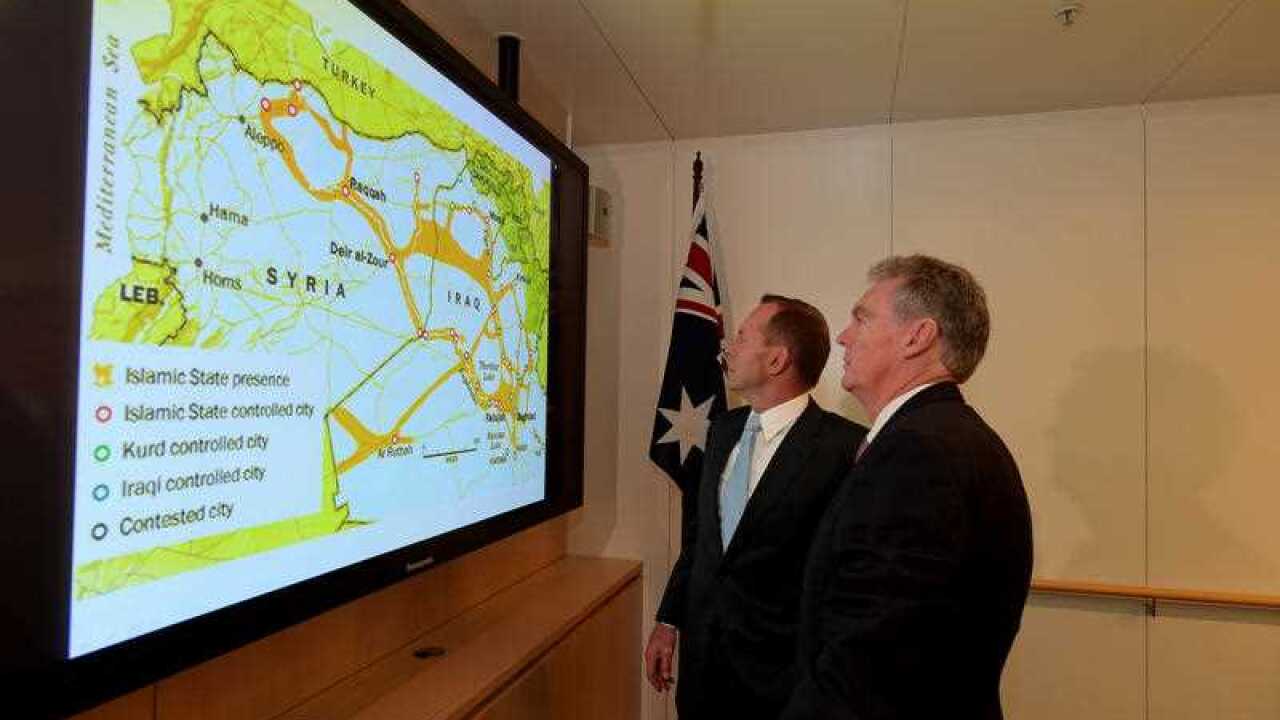 The coalition used its numbers in the lower house to gag shadow attorney-general Mark Dreyfus and defeat a censure motion that accused the prime minister of putting politics before national security.

During a picture opportunity for television cameras and news photographers on Wednesday, ASIO director-general Duncan Lewis showed Tony Abbott colour coded maps of the Sydney and Melbourne suburbs where most foreign fighters were coming from.

ASIO later admitted the maps were not meant for public distribution.

He called on Mr Abbott to immediately explain whether he or his office facilitated the media event and what security considerations were taken beforehand.

The prime minister's office issued a statement saying Mr Lewis had selected the documents and was satisfied no information concerning national security was visible.

Earlier opposition defence spokesman David Feeney told reporters that documents meant to be confidential were splashed across television screens and in newspapers.

"It seems to have resulted ultimately in the most unprecedented prime ministerial security bungle that we've seen in a very long time."

Liberal MP Dennis Jensen said there would need to be a review into how the documents came to be in the public domain.

"Clearly it's not something that's positive and it's something that obviously will have to be looked at in terms of what went wrong," he told reporters in Canberra.

"This raises fundamental questions about the seriousness of this government's treatment of national security issues and its willingness to use very serious, very important security issues for blatant political purposes," he told reporters.

In a statement released on Thursday, Mr Lewis insisted the documents used in the briefing were not the subject of a national security classification.

The documents were carefully edited and were unclassified.

"The content of the documents did not compromise national security," he said.