The auditor-general has been asked to investigate how Liberal candidate Georgina Downer was able to hand out a novelty cheque for a taxpayer-funded grant. 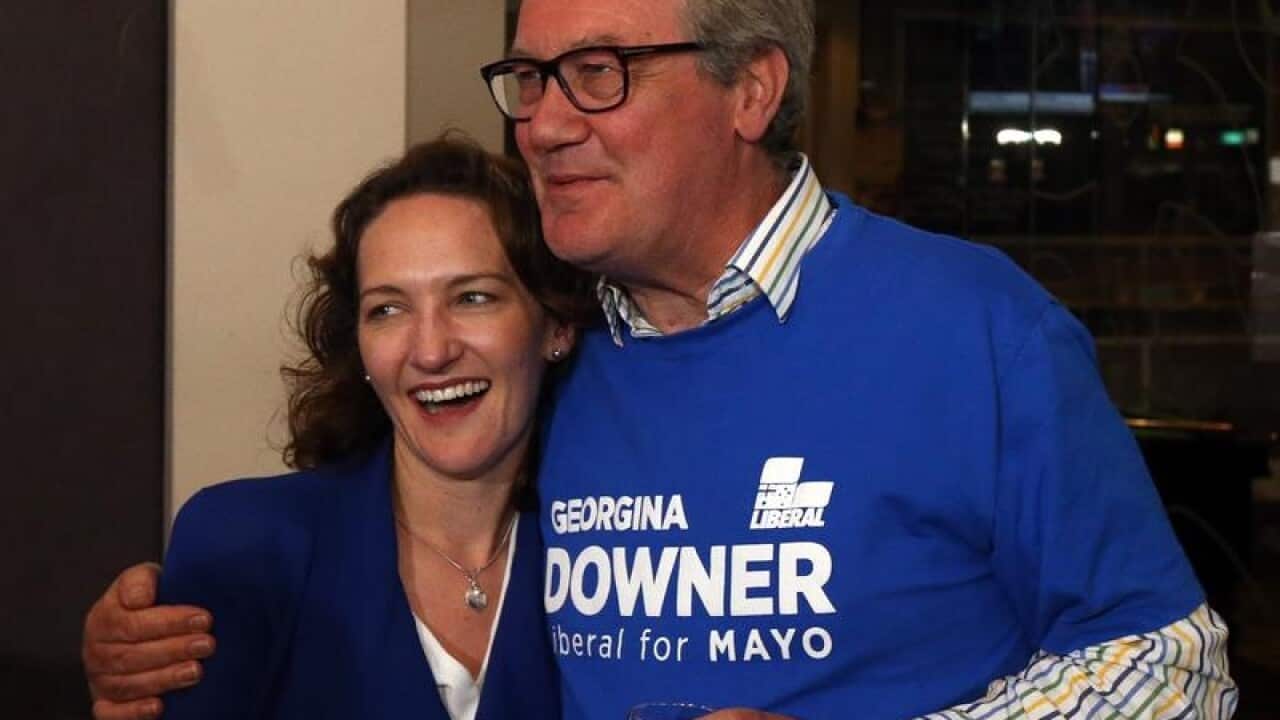 A giant novelty cheque could give the Morrison government a new headache.

Labor has asked the auditor-general to investigate how Liberal candidate Georgina Downer was able to present a taxpayer-funded grant before the local member, Rebekha Sharkie, even knew about it.

Ms Downer, the Liberal party's candidate for the South Australian seat of Mayo, was pictured on social media handing out the prop cheque emblazoned with her image and name for more than $125,000 at a bowling club.

Advertisement
Shadow attorney-general Mark Dreyfus has written to the Auditor-General, Grant Hehir, asking for the matter - he described as inappropriate and unacceptable -to be investigated.

"I query how it is possible for Ms Downer, the unsuccessful candidate for the 2018 Mayo by-election and an unelected candidate for the upcoming federal election, to misuse a taxpayer-funded grant in this fashion," Mr Dreyfus wrote.

Mr Dreyfus said he understood Ms Downer made the announcement to the Yankalilla Bowling Club before Ms Sharkie was made aware the funding had been granted.

Ms Sharkie said she had helped the bowling club with getting the grant.

"In more than a decade of politics I've never seen a taxpayer-funded grant delivered by cheque with a candidate's face and name on it. Rather desperate and misleading," the crossbench MP tweeted.

Ms Downer, the daughter of former foreign minister Alexander Downer, was comprehensively beaten by Ms Sharkie at last July's by-election but will try again at the upcoming general election.

Trade Minister Simon Birmingham defended Ms Downer's actions, saying it's for members and candidates "to help raise the awareness of the fact that they're working and fighting for their local community."