The federal opposition will "seriously consider" a deal to resettle refugees on Nauru in New Zealand, despite it banning detainees from entering Australia. 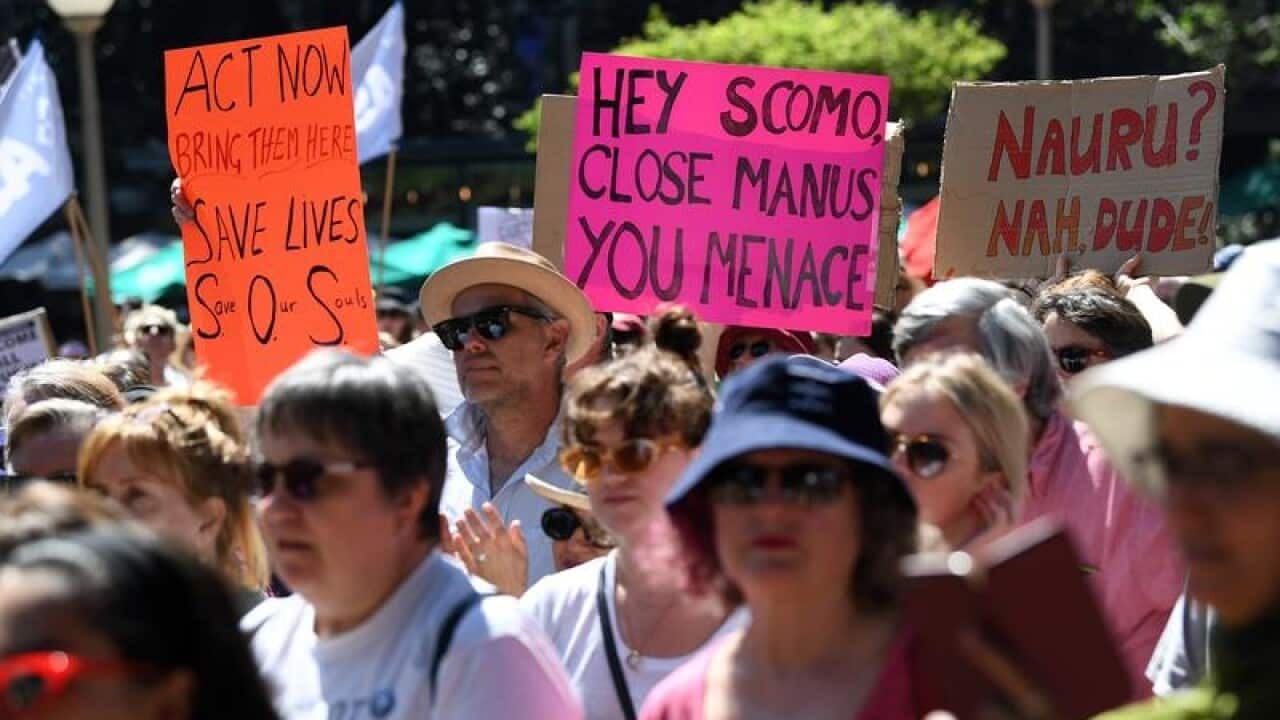 Over 1000 people urging the closure of offshore detention centres have stopped traffic in Sydney. (AAP)

Federal Labor will "seriously consider" resettling asylum seekers on Nauru in New Zealand, as the
public outcry over children in detention on the island increases.

Labor frontbencher Brendan O'Connor says the draft laws, which have been stuck in the Senate for two years, "overreact" by banning detainees resettled on New Zealand from ever coming to Australia.

"But right now the lives of people hang in the balance and we need to get people out of that detention centre and if that is the offer on the table then certainly Labor is going to seriously consider that," he told Sky News on Sunday.

Advertisement
More than 1000 people urging the closure of offshore detention centres stopped traffic in Sydney over the weekend. Source: AAP

"Given the urgent situation in Nauru, we are willing to negotiate with the government to get those detainees, those children, those families, into New Zealand if New Zealand is willing to take that option up."

Prime Minister Scott Morrison has distanced himself from the deal since flagging it as a possibility ahead of the Wentworth by-election.

In an exclusive interview with SBS News last week, however, he stood firm - declaring "you don’t negotiate your borders".

Greens leader Richard Di Natale has vowed to do all he can to ensure children on the island are brought to Australia for medical care, as independent MPs Andrew Wilkie and Rebekha Sharkie also continue to call for action.

"Many Australians see the solution as actually shutting down the centres and bringing everyone to Australia to be processed or to have permanent refuge," Mr Wilkie told the ABC on Sunday.

The YouGov Galaxy poll commissioned by News Corp Australia revealed 79 per cent of people want children and their families transferred off the island.

On Saturday, more than 1000 people stopped traffic in the heart of Sydney while about 500 protesters in Melbourne rallied against the offshore detention centres.