Labor and the Coalition clash over the prospect of a conscience vote on LGBTQI+ students protection bill. 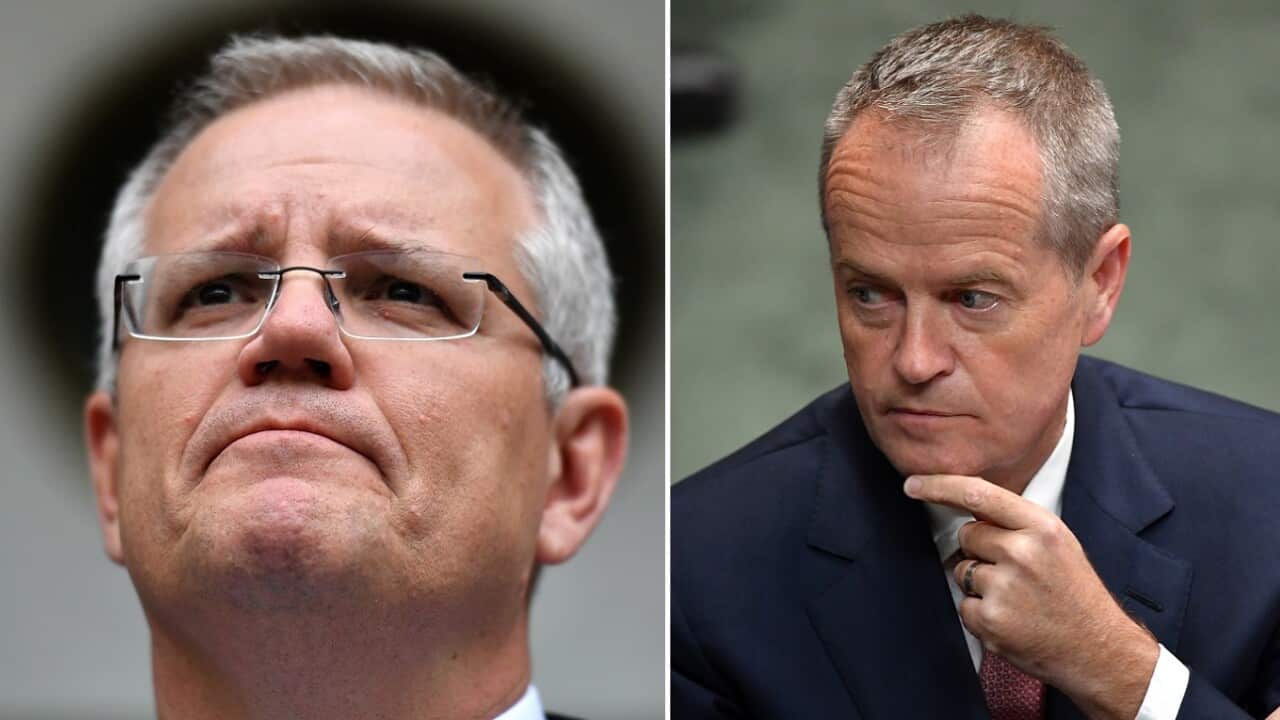 Opposition leader Bill Shorten has accused the Prime Minister of weaponising the debate about religious schools discriminating against LGBTQI+ students, rejecting his call for a conscience vote on the matter.

Mr Shorten ruled out a conscience vote, saying the government's proposed changes would "replace one form of discrimination with another".

"Unfortunately, the Prime Minister has sought to weaponise this dispute," he told reporters on Wednesday.


Advertisement
Mr Morrison proposed a conscience vote earlier Wednesday after Labor and the Coalition failed to find a compromise on changing the Sex Discrimination Act, despite the parties agreeing schools should not be able to discriminate against LGBTQI+ students.

"I'm prepared to have this dealt with as a conscience issue in my party and if he's prepared to do the same thing, then where the parties have been unable to agree, let's take the parties out of it, Bill," Mr Morrison said.

"Let the elected members of the House of Representatives just decide ... What could be more of a matter of conscience than this?"

"Every effort to complicate it is designed to delay and prevent this simple reform from occurring".

The proposed laws eliminate schools' abilities to discriminate against students on the basis of their sexuality, gender or relationship status.

The Human Rights Commission and courts will also be required to take into account the religious nature of a school, and the best interests of the child, when deciding on a complaint.

And a clause specifically allows religious schools to teach in accordance with their religious beliefs.

A conscience vote involves party leaders allowing members to vote based on their own political or moral beliefs, instead of voting on a prearranged party line.

The last conscience vote was on same-sex marriage in 2017.

But Labor has legal advice that says the proposed changes go too far, especially the new clause allowing schools to teach "in good faith" their doctrines, tenets or beliefs.

"For example, a teacher or school could provide inferior instruction to a student on the basis of the student's sex, sexual orientation, gender identity or intersex status or, indeed, exclude that student from instruction entirely," Mark Gibian SC said in advice to Labor.

"A teacher or school could, similarly, impose different or draconian instructional requirements on particular students for discriminatory reasons."

Labor wants the laws to cover gay teachers as well as students, but Mr Morrison has so far refused to include staff.

"I said I would deal with the issue of children in schools," he said.

"No kids should have to fear discrimination when they go back to school," the Centre's Senior Lawyer Lee Carnie tweeted.

While others on social media have also expressed concern about the delay.