Senior government ministers have been threatened with contempt of court over their handling of recent asylum seeker cases. 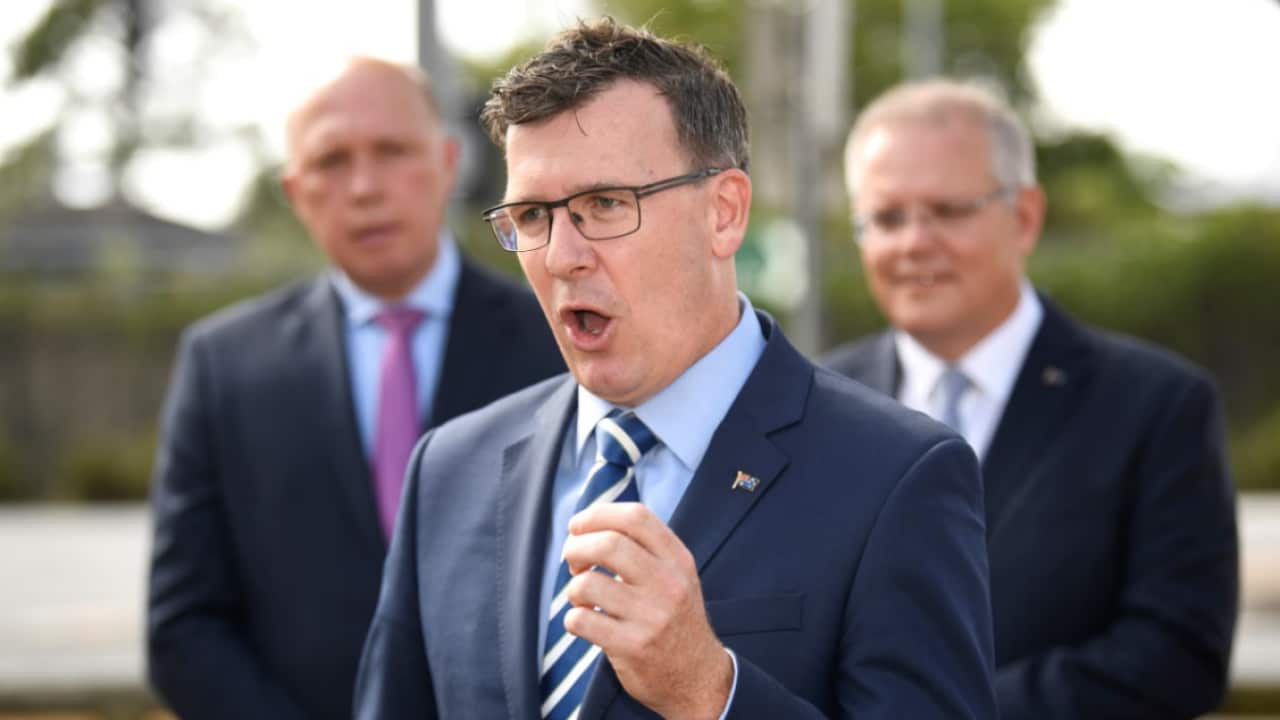 A string of increasingly scathing court judgements have recently cast light on the federal government's legal approach when it comes to asylum seekers.

Now, advocates and lawyers are raising questions about the lengths the government will go to in the courtroom, and whether decision makers have been using their powers in the spirit of the law.

Advertisement
"His conduct exposes him to both civil and potentially criminal sanctions, not limited to a proceeding for contempt," Justice Geoffrey Flick said.

"In the absence of explanation, the minister has engaged in conduct which can only be described as criminal.

"He has intentionally and without lawful authority been responsible for depriving a person of his liberty."

Home Affairs Minister Peter Dutton similarly faced the possibility of being found in contempt of court after delays in the case of an Iranian asylum seeker.

Mr Tudge was in March castigated for his "disgraceful" conduct by a different judge - Federal Court Justice Michael Wigney - over the same Afghan asylum seeker case.

Human Rights for All director Alison Battisson said the court judgements demonstrated a concerning "lack of respect" for the rule of law by senior government ministers.

“If policy trumps law then we are in a world of trouble,” she told SBS News.

“If we have a government that believes whatever it determines is the direction Australia should go in, despite law and despite our separation of powers, then everyone is in a great deal of trouble."

Mr Tudge has strongly rejected any suggestion of improper conduct over his handling of the Afghan asylum seeker case - and has said he is considering options for an appeal.

"The government’s ultimate responsibility is to keep the Australian people and community safe," he told SBS News in a statement.

"This includes protecting the Australian public from the risk of harm posed by non-citizens who engage in criminal conduct or behaviour."

Mr Dutton avoided contempt of court after making a decision to refuse the Iranian asylum seeker a protection visa on the basis of character concerns.

Ms Battisson said both cases demonstrated the “extraordinary length” the government is willing to go to fight refugee and asylum seeker claims.

“This is reflective of the massive amount this government spends on litigating decisions it doesn’t like relating to asylum seekers and refugees from the tribunal and the courts,” she said.

“The current administration is not demonstrating the proper use of government powers."

In the Afghan asylum seeker case, Justice Flick said Mr Tudge had "intentionally and without lawful authority been responsible for depriving a person of his liberty".

Attorney-General Christian Porter has described the judge’s statement as a “robust” assessment made in the "environment of law surrounding visa approvals".

But Greg Barns from the Australian Lawyers Alliance said the government's response demonstrated a "culture" of disregarding court judgements it doesn’t like.

“When the government doesn’t get its way – there is a tendency to disregard what courts say - to in fact go out of your way to subvert court processes.”

The case of the Afghan asylum seeker

Justice Flick delivered the scathing judgement against Mr Tudge after he ignored a tribunal decision and left a 34-year-old Afghan asylum seeker in immigration detention for five days.

In December 2019, the Department of Home Affairs rejected the man's temporary protection visa application on the basis he had been convicted of assault after a drunken fight with a friend over a mobile phone.

The Afghan man was later granted a safe-haven visa on 11 March when the Administrative Appeals Tribunal reversed the government's decision.

Mr Tudge immediately appealed the tribunal's judgement in the Federal Court, with the asylum seeker remaining in the Yongah Hill Detention Centre.

Justice Flick said by not releasing the asylum seeker: “the Minister had acted unlawfully" and "in the absence of explanation, the Minister has engaged in conduct which can only be described as criminal."

Earlier, on 17 March, Justice Wigney also criticised Mr Tudge's conduct in the same case, saying it was "disgraceful" to detain the man "because the Minister did not like the Tribunal's decision".

Justice Flick later found the tribunal had been wrong to grant the man a visa, but determined the minister should not have kept him in detention.

Mr Barns said the seriousness of the judgement meant Mr Tudge's position as a government minister should be called into question.

“To have a … senior judge say about a minister that his conduct could only be described as criminal is a very, very, very serious matter – if ministerial responsibility means anything, he ought to answer for his conduct,” Mr Barns said.

'It is quite extraordinary'

Immigration lawyer Sanmati Verma said such examples demonstrated an "unsurprising" and "obstinate" approach adopted by the government in these cases.

“The conduct of sitting ministers for immigration or ministers for home affairs does not routinely get prescribed as criminal - this is not an everyday occurrence,” she told SBS News.

“It is not normal, it is quite extraordinary, it is fundamentally not done and it should be a matter of concern.”