The Taliban says Afghans have nothing to fear, but reports of the group stoning gay men to death when last in power and judicial support for a return to capital punishment have left some LGBTIQ+ people fearful. 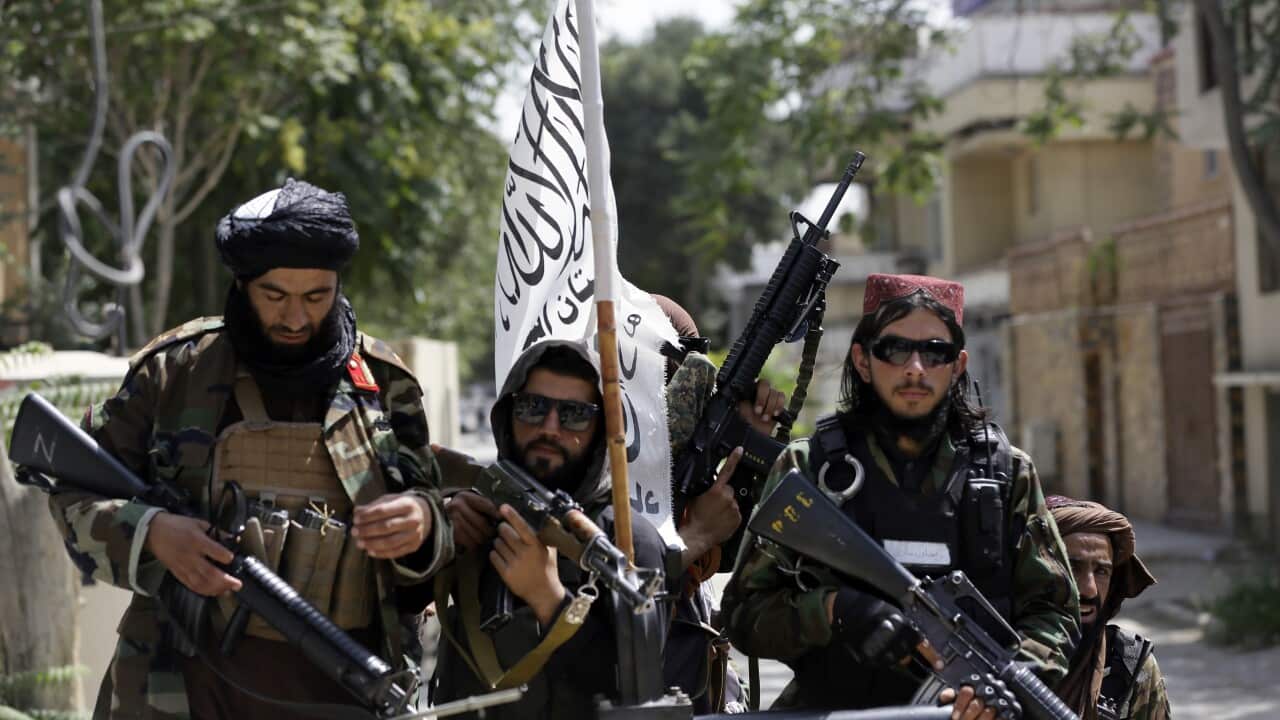 Gay men in Kabul say they fear for their lives under Taliban rule, as they hide at home, holding out in hope of a Western evacuation before a threat to punish LGBTIQ+ Afghans with death is carried out.

The Taliban says Afghans have nothing to fear, but reports of the group stoning gay men to death when last in power and judicial support for a return now to capital punishment have left some LGBTIQ+ people cowering indoors.

"I am feeling very uncomfortable, just crying and thinking, 'What will happen?'" a 21-year-old student, whose name is being withheld to protect his identity, told Reuters by phone from Kabul.

Advertisement
The Taliban swept into Kabul on Sunday, completing a rapid military takeover of the country after the Americans began withdrawing troops.

Even before the takeover, gay men said it had been too dangerous to live openly in Afghanistan, whatever changes had been won over the past 20 years.

But the Taliban's victory has raised fears of a return to brutality if strict Sharia law is imposed and international attention fades.

"They are now telling the world, 'We will not harm anyone, we will not kill anyone.' But they are just lying," the student said. "They will start to do things that they did back in 2001."

Frantic crowds have thronged Kabul's airport desperate to board mainly Western evacuation planes, with LGBTIQ+ Afghans among those who say they feel most at risk from Taliban rule.

Gay and lesbian sex is illegal under Afghanistan's 2017 penal code and the death penalty is technically allowed under sharia law by the constitution, but has not been enforced since 2001, according to LGBTIQ+ advocacy group ILGA-World.

Under the Taliban's first regime, from 1996 to 2001, there were reports that men accused of having gay sex were sentenced to death and crushed by walls pushed over by tanks.

A Taliban judge has said that gay sex should be met with a death sentence of stoning or a toppled wall, according to an interview published last month by German newspaper Bild.

A Taliban spokesman contacted by WhatsApp message did not respond to a Reuters request for comment and did not answer phone calls.

Even before the Afghan capital fell on Sunday, an English teacher, whose name and age are being withheld for his protection, was only able to meet his boyfriend in a park for 30 minutes a day after a relative discovered their relationship.

Since then, apart from one phone call on Sunday when news broke of Kabul's fall, he has not spoken to his partner of two years - the pair grew up together - as the house is full of relatives who had fled from other parts of Afghanistan.

"It is more scary than ever," the teacher said by phone.

He described living in constant fear, awaiting the day when he is taken from his house to a deserted field outside Kabul, tried in a makeshift court then killed, something he heard had happened under the last Taliban rule.

"They will kill. There is no way to forgive the person, because being LGBT is out of Islam, out of every human behaviour - they believe like this," he said.

Both men interviewed said their only hope was to escape overseas with their boyfriends.

To be safe and openly share a home together "would be like living in heaven", the teacher said.

"My country never gave me an opportunity to show myself, to prove myself who I am," he said. "If I'm in a safe country, I will start studying teaching in a very professional way and I will promise that I will be one of the best."