Experts have weighed in on Queensland Liberal Senator Matt Canavan's pending High Court case on whether his Italian citizenship makes him ineligible for office. 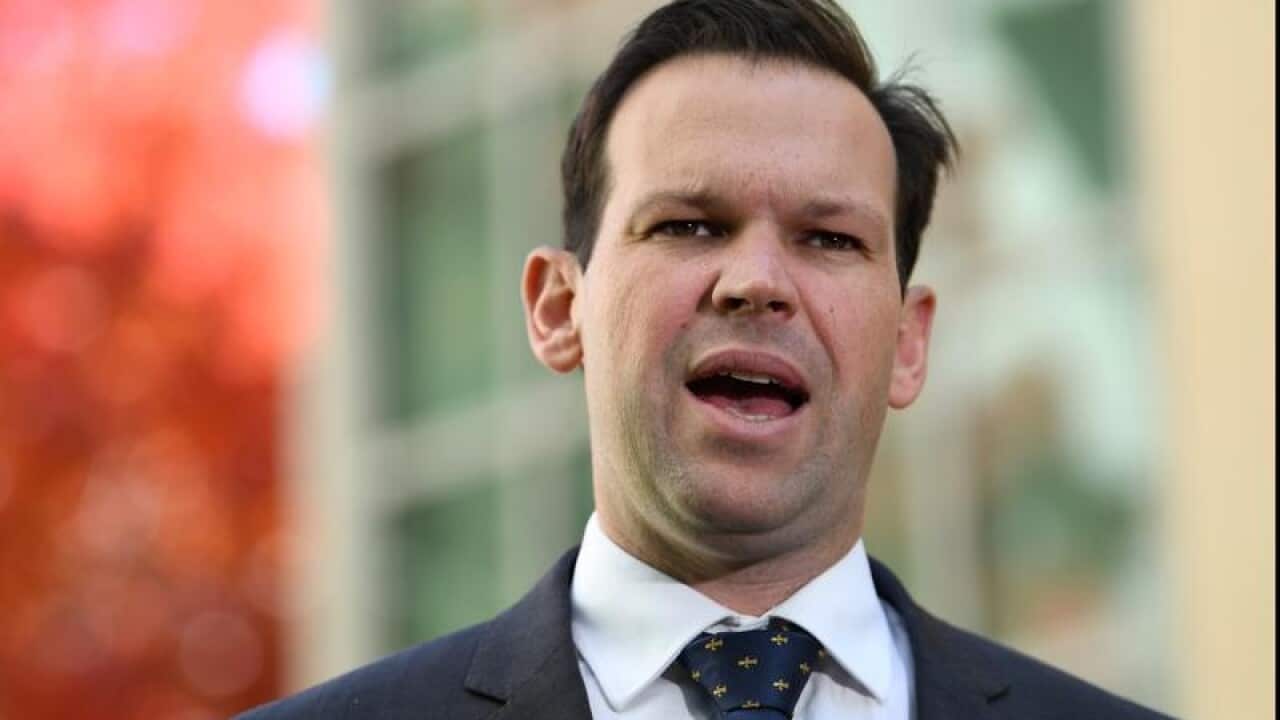 The Queensland Liberal National Party senator resigned from the frontbench on Tuesday night after only just discovering his mother Maria made him a dual Italian citizen 11 years ago.

She registered herself and members of her family as an "Italian resident abroad" - a form of citizenship - with the Italian consulate in Brisbane in 2006.

Advertisement
Senator Canavan, who was 25 at the time, did not sign the form but had taken part in a family discussion about it in 2005.

Under Section 44 of the constitution a person is disqualified from being elected if at the time of their election they are a citizen of "a foreign power" or otherwise have an "allegiance, obedience or adherence to a foreign power."

The Senate will refer the matter to the High Court on August 8, which could lead to Senator Canavan losing his seat.

SBS World News understands Senator Canavan - and not taxpayers - will be paying his own legal bills on the case.

The government has preliminary legal advice that because the registration was obtained without Senator Canavan's knowledge or consent he is not in breach of Section 44.

However, a majority of judges in a 1992 High Court case concluded any candidate who had not actively renounced their foreign citizenship was constitutionally disqualified, regardless of whether they had benefited from, or acknowledged, that citizenship.

However, in a dissenting judgment, Justice William Deane concluded in the 1992 case Section 44 should only apply to "cases where the relevant status, rights or privileges (of citizenship) have been sought, accepted, asserted or acquiesced in by the person concerned".

A senior immigration lawyer told AAP on Wednesday the court did not appear to have any flexibility in the Canavan case, as Maria Canavan's application met the proper requirements for citizenship under Italian law.

"I can't see there's suddenly any flexibility or discretion to create a consent because no one consents to citizenship," the lawyer said.

"Canavan can argue the need for consent but I can't see the High Court inventing that under Section 44."

However, constitutional expert Gabrielle Appleby said the High Court has been flexible in the past on the interpretation of Section 44.

"The question will be if the High Court is willing to interpret any flexibility into Section 44 and if they are, what is the test they are going to apply," the UNSW Law associate professor told SBS World News.

"In relation to renunciation the test they applied was the individual has to take all reasonable steps to renounce citizenship, and obviously that's going to depend on a case-by-case basis.

"There are a lot of constitutional unknowns in these cases."

Deputy Prime Minister Barnaby Joyce said Senator Canavan had told his family in 2005 he had no desire to be an Italian citizen.

"You can use the hypothetical that if Libya decided they were going to sign me up as a Libyan citizen without my knowledge, does that mean I'm Libyan? Of course not. It's an absurdity."


He described his close friend and former chief of staff as "an incredibly decent person".

Senator Canavan, who was promoted to cabinet last year after two years in parliament, will still serve as a senator while the court decides his fate.

Greens leader Richard Di Natale thinks it would have been more appropriate for him to resign.

"The advice we received was that ignorance is no excuse," he said.