Love each other, PM Morrison preaches

Prime Minister Scott Morrison has urged Australians to love each other in a speech aimed at uniting his fractured party. 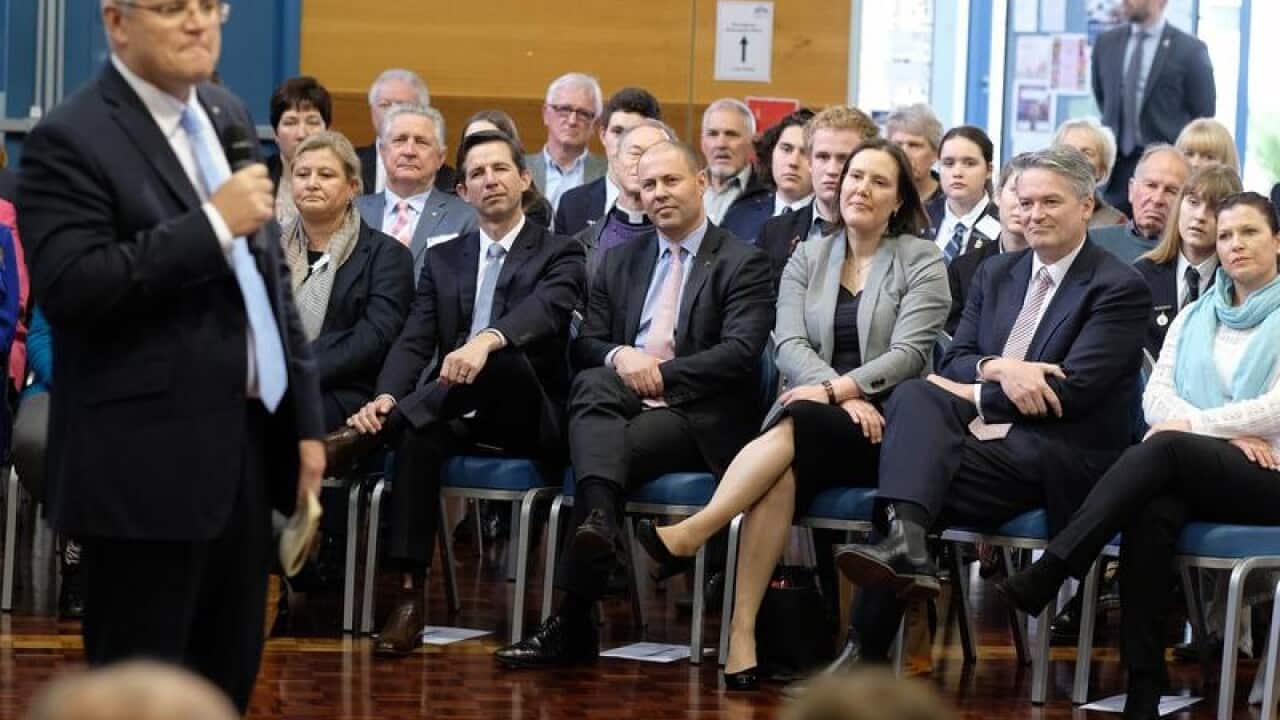 "You love all Australians if you love Australia," Prime Minister Scott Morrison told a forum. (AAP)

In a speech in Albury on Thursday, the prime minister harked back to the values the Liberal party was established on in the NSW border town in 1943.

"Robert Menzies brought them here to unite them about what they believed in," Mr Morrison told the Menzies Research Centre forum on Thursday.

Mr Morrison told his MPs, who are still reeling from a damaging leadership spill, that Menzies spoke about freedom of faith, religion, speech and association.

In a speech that sounded at times like a sermon, Mr Morrison said bringing the country together started with individual choices.

"We all love Australia. Of course we do. But do we love all Australians? That's a different question, isn't it?" he said.

"We've got to. That's what brings a country together. You love all Australians if you love Australia."

Mr Morrison said anyone worried about what he would do to Medicare or Centrelink should know he is committed to looking after people.

"Remember, my value is: we look after our mates," he said.

"That's why we have a safety net in this country, to protect people. But it works as a trampoline, not as a snare."

After dumping a policy to raise the retirement age from 67 to 70, Mr Morrison said he would listen to older and younger Australians.

"Whether it's environment issues in particular, my ears are very alert. The War On Waste - yes, I have seen it, (on the) ABC.

"I get it. That's what's focusing and concerning (young Australians), so that means it matters to me too."

Mr Morrison said he was praying for rain in drought-affected areas, and he urged those who "believe in the power of prayer" to pray too.

He promised "a fair go for those who have a go".

"I think that's what fairness means in this country. It's not about everybody getting the same thing," he said.