Defeat for the 'no' case could turn out to be a blessing in disguise for conservatives, former prime minister Tony Abbott says. 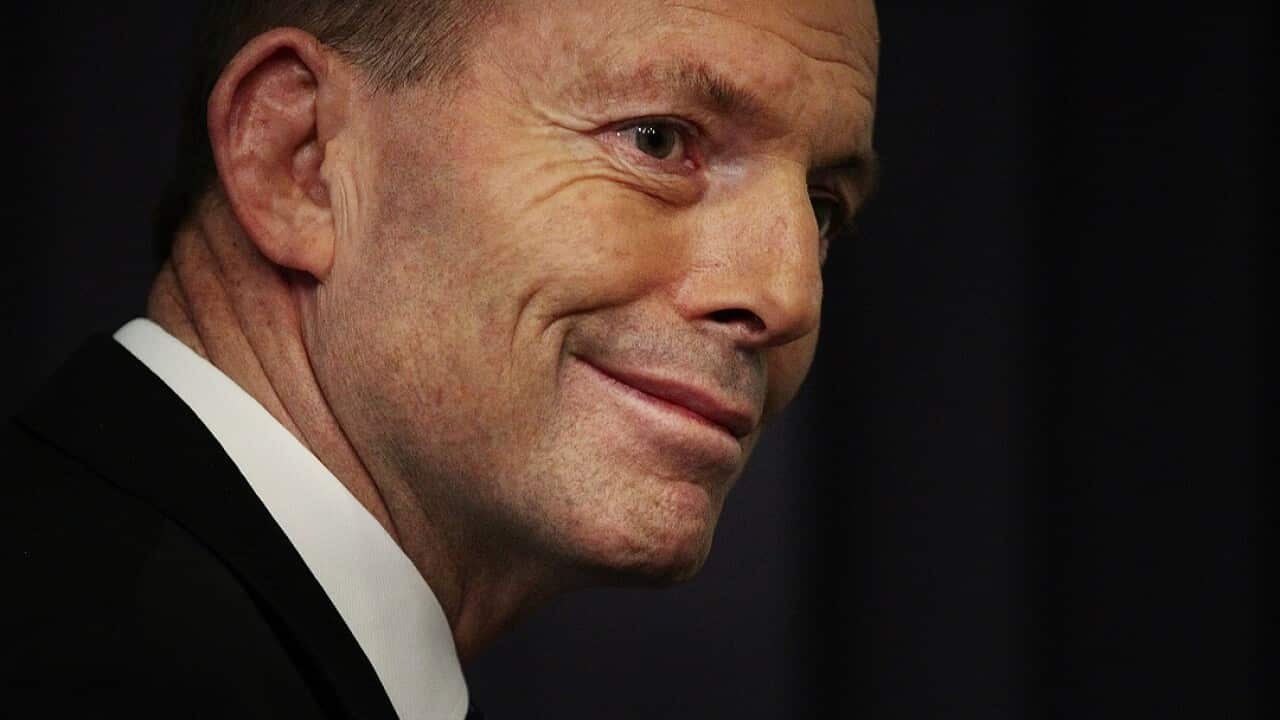 "The challenge will be to keep the faith and stay the course," former prime minister Tony Abbott has told supporters of the 'No' campaign. Source: Getty Images

Tony Abbott has told advocates leading the case against same-sex marriage to keep the faith and prepare for an even bigger struggle.

The former prime minister, who first proposed a popular vote on the issue, has staked out the ground for conservatives in anticipation of a majority 'yes' vote when the result of a postal survey is announced on Wednesday.

But defeat for the 'no' case could turn out to be a blessing in disguise if it forces the "defenders" of Western civilisation out of complacency, Mr Abbott says.

"For too long we have put up with the trashing of our country's history and the rubbishing of our ethical norms because we didn't want to upset people," he wrote in The Australian on Tuesday.

"The challenge will be to keep the faith and stay the course for the even more important struggles ahead."

Mr Abbott has warned both Prime Minister Malcolm Turnbull and Labor leader Bill Shorten they will need to do much more to protect freedom of conscience and religion than outlined in a private bill proposed by Liberal senator Dean Smith.

It did no more than allow ministers of religion to decline to perform same-sex weddings, he said.

Mr Abbott's latest intervention in the debate comes as the coalition prepares for another round of infighting over same-sex marriage.

Conservatives are backing a separate bill, drafted by Liberal Senator James Paterson, which proposes much wider protections for religious freedom and conscientious objection.

Attorney-General George Brandis is walking both sides of the debate.

"I think this is a very, very important human rights reform," he said of same-sex marriage.

"But also, we should respect another human right and that is freedom of religious belief."

People should not be obliged to marry same-sex couples against the teachings of their own church.

"There will be a debate about how wide the exemptions would be, some would have them narrowly cast and some more broadly cast," Senator Brandis told Nine Network.

But he cautioned against getting ahead of the postal survey result, warning there could be a surprise outcome.

Eight in 10 Australians have had their say.