New Closing the Gap targets have been agreed to at a meeting of Indigenous leaders and ministers, with a focus on health, jobs, education and incarceration. 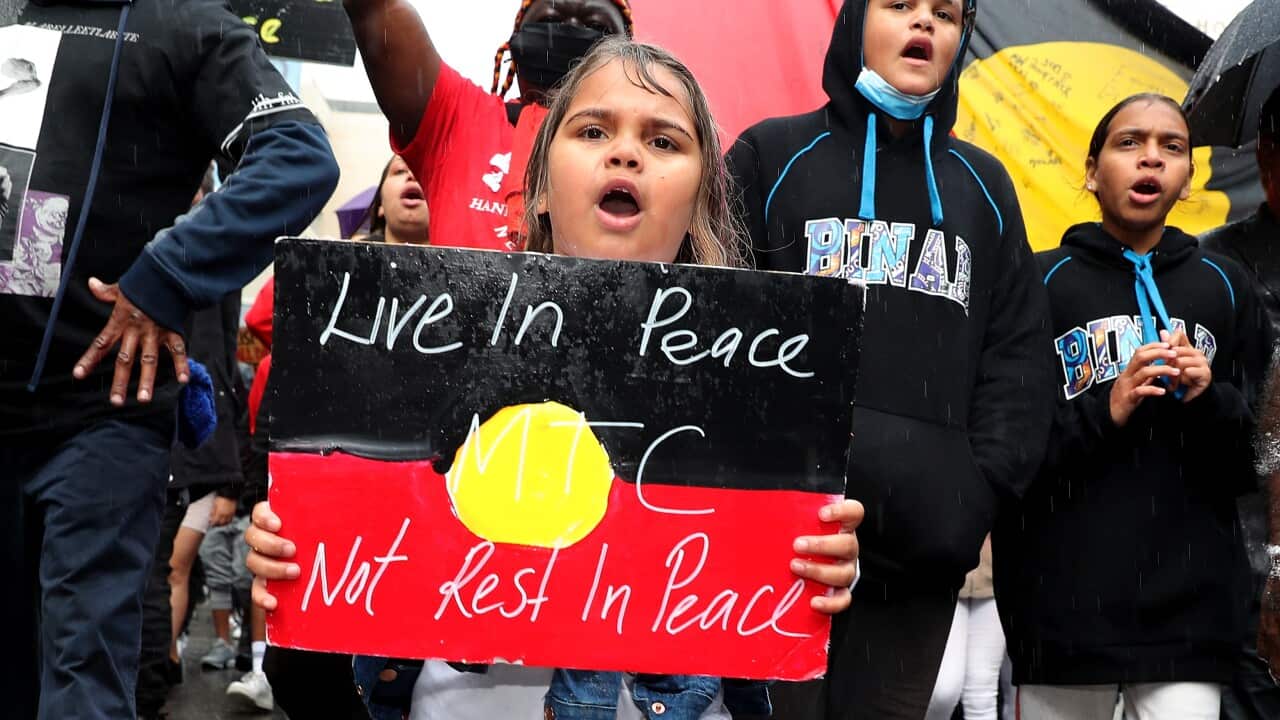 Indigenous leaders and governments have agreed on 16 new targets to improve the health, education and job prospects of Aboriginal and Torres Strait Islander people.

The Joint Council on Closing the Gap met on Friday afternoon by teleconference to establish the refresh of the initiative.

The exact details of the targets won't be released until Prime Minister Scott Morrison and state and territory leaders sign off on them at a national cabinet meeting on 10 July.

Advertisement
But they are understood to cover education, employment, health and wellbeing, justice inequality, safety, housing, land and waters, and languages.

The group met on Friday afternoon by teleconference Source: Supplied

One key priority area for reform for many Indigenous advocates is lowering the disproportionate rates at which Indigenous people are jailed in Australia.

The issue has come into focus again in recent months, with thousands of Australians taking to city streets to draw attention to the number of Aboriginal people who have died in custody in Australia.

Sophie Trevitt, a campaigner at Change the Record, said there are laws all over Australia that disproportionately affect Indigenous people.

“Laws like defaulting on fines and public drunkenness, which see people sent to prison who should have never of been there at all, these laws could all be changed overnight and would make a massive difference in the disparity in Aboriginal and non-Aboriginal people,” she said.

One of the signs at the Brisbane Black Lives Matter rally protesting Indigenous deaths in custody. Source: AAP

Friday's agreement is the first developed and negotiated with Aboriginal and Torres Strait Islander people.

“We are making history. I’m proud to say that we are in the home stretch of bringing this historic national agreement to light,” she said.

“This new national agreement has the opportunity to make a real difference in the lives of our people and has the potential to establish a strong policy foundation to finally give effect to what our people have been saying is needed, for a long time, to close the gaps."

Ms Turner is also calling for more funding in order to achieve the goals, saying it's important funds go directly to Aboriginal and Torres Strait Islander-controlled organisations, to improve outcomes and to hire Indigenous Australians.

Indigenous Australians Minister Ken Wyatt said on Friday he had noticed a bounce in the step of the Indigenous leaders.

"The level of enthusiasm is something I've not heard from a ministerial forum," he said.

The council will monitor progress over the next decade, pending the sign off from governments.

There has been debate within the community and the council on the lack of ambition in some of the Closing the Gap targets and low rates of achievement over many years.

While the federal government is expected to come to the table with extra funding, Labor still holds concerns.

"It would be almost impossible that there's going to be huge improvements unless there is a big investment," opposition Indigenous Australians spokeswoman Linda Burney said.

The latest Closing the Gap report card, delivered in February,
found only two of the seven targets were "on track"
.

The report found improvements in early childhood enrolments and Year 12 attainment, but poor results in health and jobs.

The annual report was initiated by former prime minister Kevin Rudd following the national apology to the Stolen Generations.