Malaysia is sending 'illegal' plastic rubbish back to Australia

Malaysia's environment minister says her nation will send thousands of tonnes of waste back to the countries it came from, including Australia. 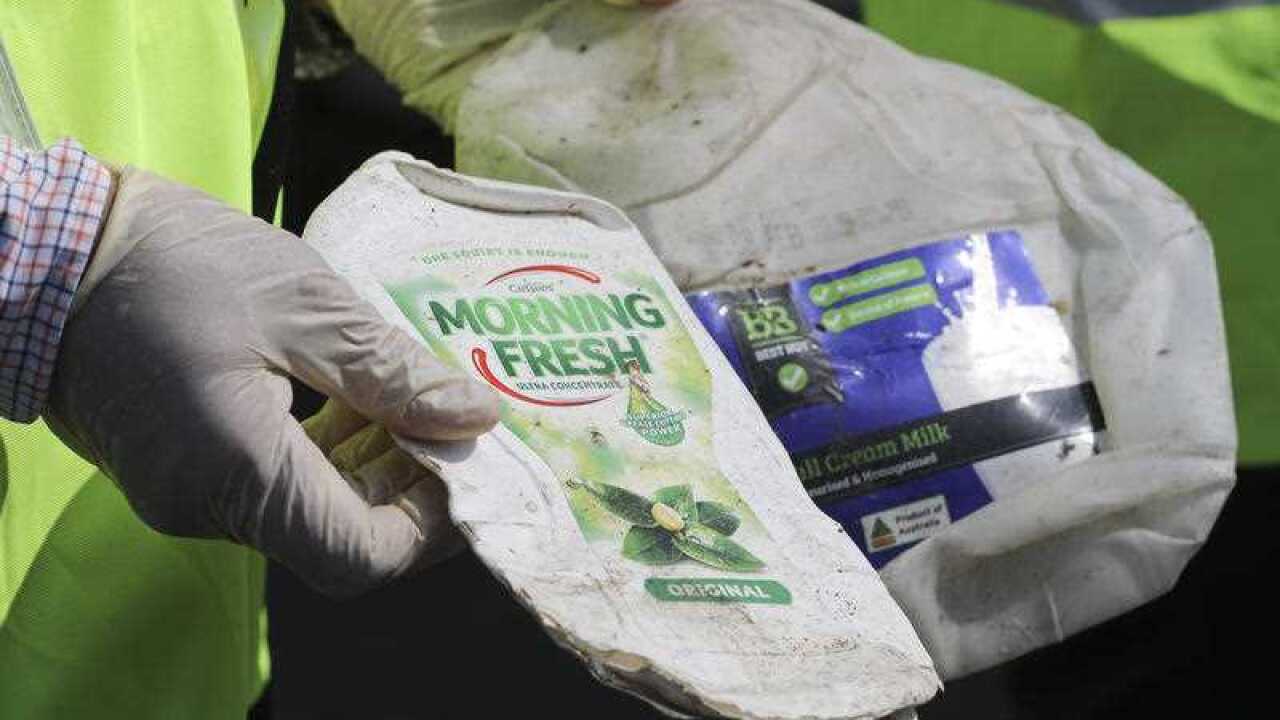 Officers from the Ministry of Environment show samples of plastics waste shipment from Australia in Port Klang, Malaysia, Source: AAP

Malaysia will send up to 3000 tonnes of plastic waste back to the countries it came from, the environment minister said, including back to Australia.

The country became the world's main destination for plastic waste last year after China banned its import, disrupting the flow of more than seven million tonnes per year.

Dozens of recycling factories have cropped up in Malaysia, many without operating licences, and communities have complained of environmental problems.

Malaysian officials have identified at least 14 origin countries, including the United States, Australia, Japan, France, Canada and Britain, for its unwanted waste.

A container filled with plastic waste from Australia in Port Klang, Malaysia, Tuesday, May 28, 2019. Source: AAP

Yeo Bee Yin, minister of energy, technology, science, environment and climate change, said 60 containers of trash that had been imported illegally would be sent back.

"These containers were illegally brought into the country under false declaration and other offences which clearly violates our environmental law," Ms Yeo told reporters, after inspecting the shipments at Port Klang, on the outskirts of the capital.

Philippine President Rodrigo Duterte
last week ordered his government to hire a private shipping company
to send 69 containers of garbage back to Canada and leave them within its territorial waters if it refuses to accept them.

Canada said the waste, exported to the Philippines between 2013 and 2014, was a commercial transaction done without government consent.

Canada had agreed to take the rubbish back but Mr Duterte lost patience as arrangements were being made and ordered it out.

Ms Yeo said citizens of developed nations were largely unaware that their rubbish, which they think is being recycled, is instead mostly being dumped in Malaysia, where it is disposed of using environmentally harmful methods.

"We are urging developed nations to review their management of plastic waste and stop shipping garbage to developing countries," she said.

"If you ship to Malaysia, we will return it back without mercy."