The ownership of a tiny South China Sea island in the middle of a busy shipping lane has created a stoush between Malaysia and Singapore. 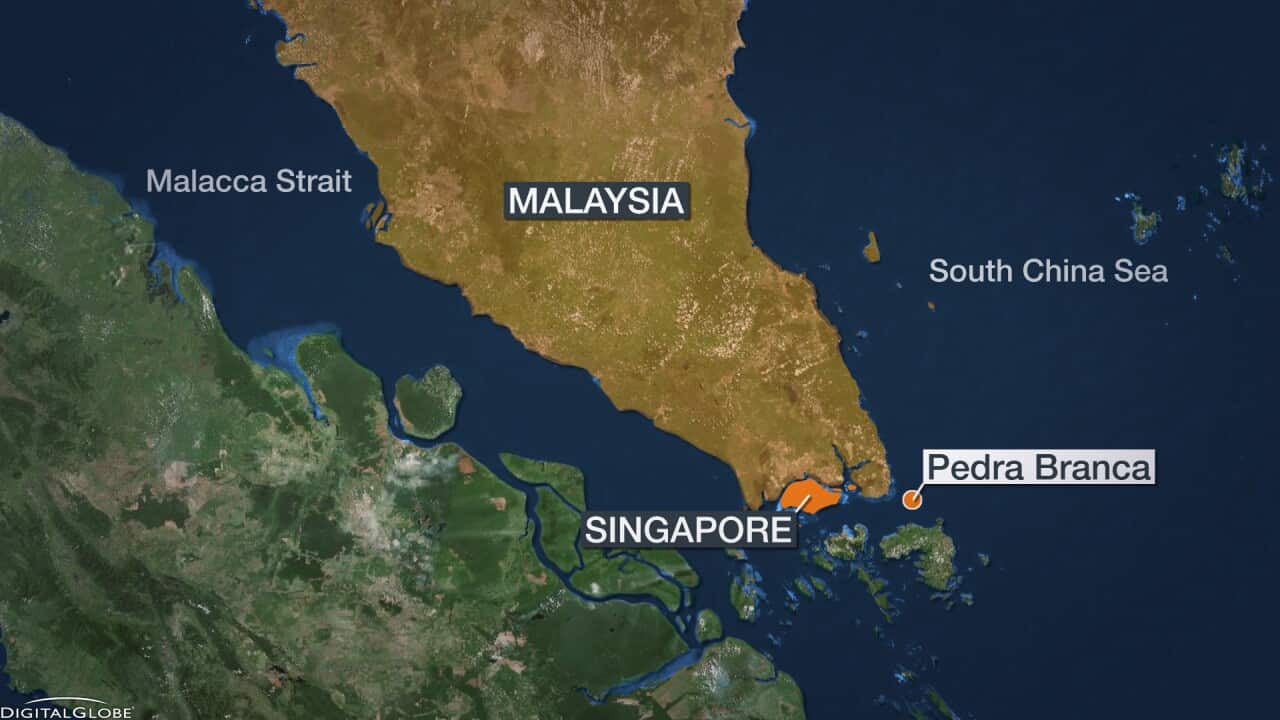 Malaysia is challenging Singapore’s ownership of a tiny rocky island in the middle of one of the world's busiest shipping lanes.

It is the latest event in a series of South China Sea territorial disputes between Asian nations.

Last month Malaysia asked the International Court of Justice in The Hague to review a 2008 decision granting Singapore ownership of island, which lies between the South China Sea and the Singapore Strait.

Advertisement
The island, referred to as Pedra Branca by Singapore and Pulau Batu Puteh by Malaysia, is roughly the size of a football field and has a lighthouse and helipad on it.

Related reading
Yet another twist in the South China Seas controversy

Despite the island’s size, Australian National University international law professor Donald Rothwell said its strategic location, in one of the busiest bottle-necks for maritime trade in the world, made it significant.

“Singapore in particular is very constrained by the geographical proximity of Malaysia and Indonesia, it is not entitled to assert the same maritime claims as many of the neighbouring states because it is geographically compromised,” Professor Rothwell told SBS News.

“Even though these features are very small, they are well worth contesting because of the potential maritime entitlements they generate”

The island, along with several other contest rocks, lie about 40 kilometres east of Singapore's main island and 19 kilometres south of the Malaysian state of Johor.

A British colonial era telegram and a navy log which make reference to the island were uncovered in the British archives last year and are the basis of Malaysia’s new claim.

Singapore became an independent nation in 1965 after it was expelled from the Malaysian Federation, a union of former British colonies.

Pedra Branca means ‘white rock’ in Portuguese and Pulau Batu Puteh the same in Malay, a reference to the bird droppings that regularly cover the rocks.

Director of the Asia Institute at the University of Tasmania, Professor James Chin, said Malaysia’s handling of initial ICJ case was “unprofessional” and the government was keen to revisit the issue.

“There were major criticisms across the board in Malaysia about the way that the whole thing was conducted by the Malaysia delegation,” Professor Chin told SBS News.

“For example, they took a photo that later turned out to be photoshopped as evidence to the ICJ."

Malaysia’s general election is due in the next 18 months and Professor Chin said he believed the timing of the decision to revisit the dispute was coincidental, but Prime Minister Najib Abdul Razak would use it on the campaign trail.

“It’s lucky timing on Najib’s side," he said.

"He can use this as one of the election campaign issues and say he is trying very hard to win back these islands for Malaysia.”

Director of the Lowy Institute’s international security program, Euan Graham, said Malaysia risks souring the diplomatic relationship between the neighbours, which had been improving under the current leaders of both countries.

"It is inevitably a distraction at a time when countries within ASEAN are feeling more fractured than ever, and really, they could do without this extra thorn in the side of South-East Asian cooperation,” Dr Graham said.

Malaysia has recently moved away from the United States and is forming closer military and economic ties with China. Singapore meanwhile, remains a staunch US ally.

“It suits China for Malaysia and Singapore to be arguing with each other, rather than reaching common purpose… which in the larger strategic interest is in south-east Asian countries cooperating more with each other to resist bullying from China,” Dr Graham said.