Malaysian Prime Minister Najib Razak has been outed as the unnamed official the US Justice Department has accused to looting state funds. 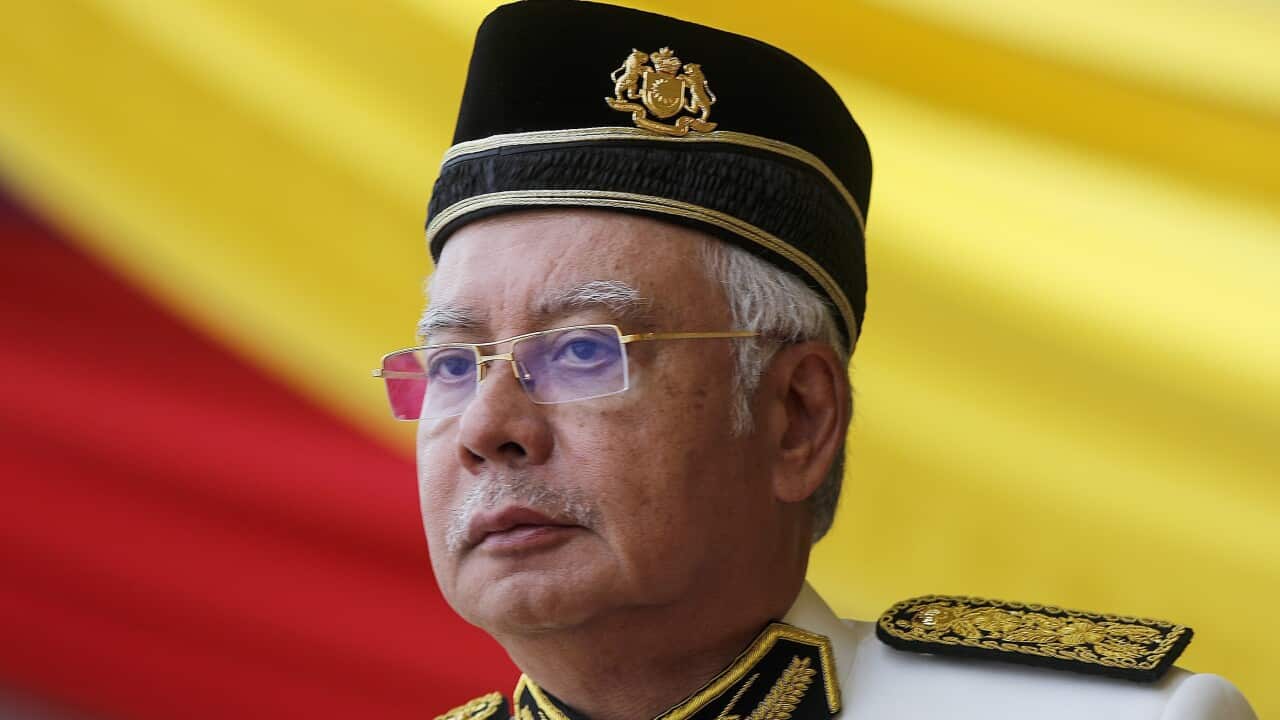 A Malaysian cabinet minister has admitted that Prime Minister Najib Razak was the mysterious unnamed official who the US Justice Department said took part in rampant looting of state funds.

The admission confirmed widespread suspicions that Najib was "Malaysian Official 1" mentioned in a Justice Department lawsuit filed in July.

The lawsuit - part of US moves to seize more than $1 billion in allegedly ill-gotten assets - repeatedly fingered the official as someone conspiring to divert vast sums from state investment fund 1MDB.

Advertisement
Najib, who launched a crackdown last year to contain the spiralling scandal, has so far not commented on the identity of the unnamed official.

But in an interview with the BBC that aired late Thursday, Minister of Urban Well-Being, Housing and Local Government Abdul Rahman Dahlan admitted it was Najib.

"It's obvious that the so-called 'Malaysian Official 1' referred to by the US Justice Department is our Prime Minister," he said in a subsequent clarifying statement.

Rahman Dahlan, who also is communications director for Najib's ruling coalition, did not address whether Najib committed wrongdoing. But he insisted Najib was not a target of the US lawsuit.

His comments, however, will add fuel to persistent calls for Najib to step down and face justice.

Tens of thousands of people paralysed the capital Kuala Lumpur in August 2015 with two days of protest over the scandal.

Najib, however, has shut down Malaysian investigations, clamped down on media reporting of the affair, and purged critics from his ruling party.

1MDB, or 1Malaysia Development Berhad, was launched by Najib in 2009 and closely overseen by him.

Allegations of a vast international scheme of embezzlement and money-laundering involving billions of dollars of 1MDB money began to emerge two years ago.

In its scathing lawsuit, the US Justice Department detailed how "Malaysian Official 1", family members, and close associates diverted billions from the now-stricken fund.

Najib and 1MDB deny any wrongdoing.

The Justice Department has moved to seize assets including real estate in Beverly Hills, New York and London, artworks by Monet and Van Gogh, and a Bombardier jet that it alleges were purchased with money stolen from 1MDB.

It was not immediately clear why Rahman Dahlan, a staunch defender of Najib, had outed him.

But the news dominated headlines in Malaysia, and was a top-trending Twitter topic in the country Friday.

"The Prime Minister .... [must] purge and cleanse Malaysia’s reputation as a global kleptocracy," he said in a statement.

Analysts warn the scandal could harm foreign investment in Malaysia, but Najib has refused to give way.

Political experts see no sign yet that he will be ousted before the next elections, due by mid-2018, due to his long-ruling coalition's firm control.