The Australian Defence Force will assist in what Gladys Berejiklian describes as a "mammoth task" to patrol the NSW-Victoria border when it closes tonight in a bid to stem the spread of COVID-19. 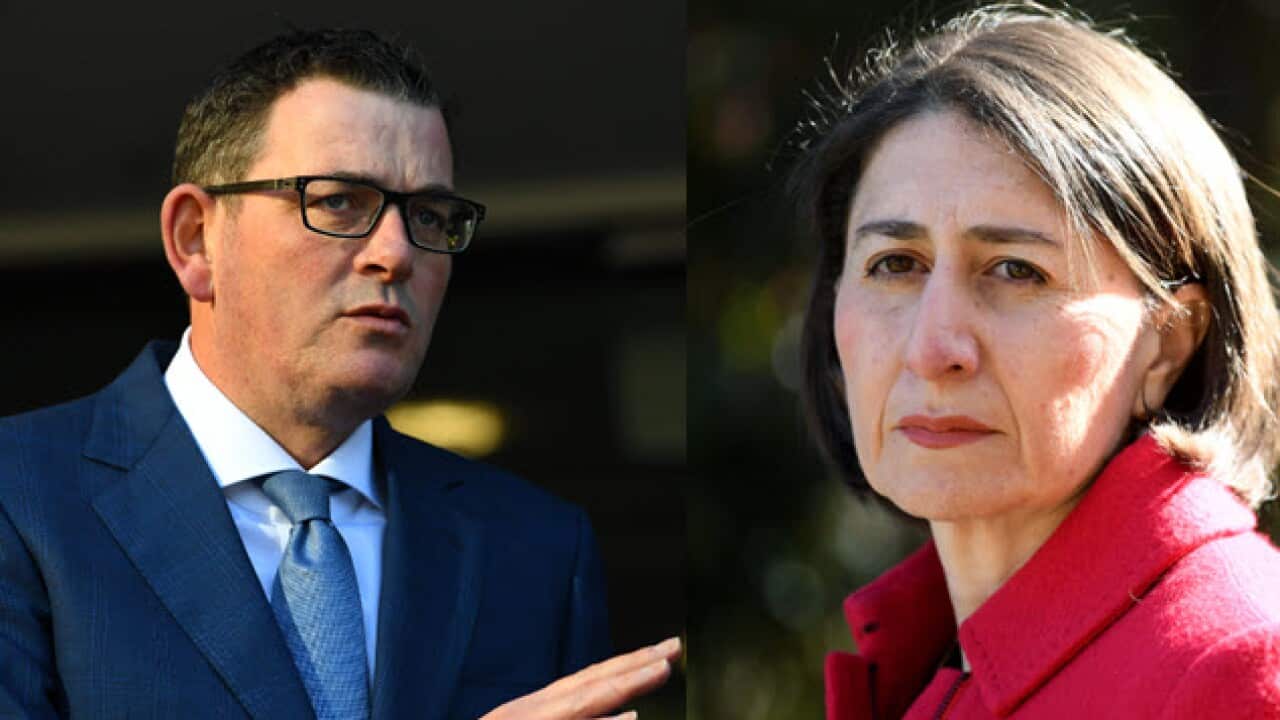 The Department of Defence will help NSW Police in what Ms Berejiklian has labelled the "mammoth task" of border enforcement.

Hundreds of Australian Defence Force troops are being deployed to patrol coronavirus travel checkpoints along the Victoria-NSW border.

Between 350 and 500 personnel will be dispatched to help NSW authorities fortify the closed border from midnight on Tuesday.

Advertisement
The troops will support police operations without directly involving themselves in law enforcement activity.

Another handful of personnel are likely to be sent across the Victorian border to support the state government-led coronavirus restrictions.

"Defence is ready to provide support for a range of contingencies in both states and will continue to work to support states and territories when requested," a Defence spokeswoman told AAP.

NSW residents who return from anywhere in Victoria will from Wednesday be required to self-isolate at home for 14 days.

Two suspected coronavirus cases are being investigated in the Albury area as NSW prepares to close its border with Victoria over the COVID-19 outbreak in parts of Melbourne.

One suspected case had recently been to Melbourne but returned before hotspot travel restrictions came into force.

NSW Health is setting up a pop-up clinic in the border city of Albury from Tuesday, and is urging residents in the area with even the mildest symptoms to get tested.

It comes ahead of the Wednesday border closure, which was agreed to by the NSW and Victorian premiers and the prime minister.

She has also declared a shut Victorian border would harm Albury-Wodonga, with some 50,000 car movements between the cities each day.

There are 55 NSW-Victoria border crossings.

But Ms Berejiklian said the rate of COVID-19 community transmission in parts of Melbourne gave NSW health officials no choice but to close the border.

"To this point, the vast majority of cases around the nation have been from overseas travellers or direct contacts. What is happening in Victoria is a multiplication based on community transmission," Ms Berejiklian told the Seven Network on Tuesday.

"That is what really concerns us and that is what made us take that difficult decision."

Ms Berejiklian added that the border would not reopen until community transmission in Melbourne had dropped to a sustainable level.

NSW Health Minister Brad Hazzard also announced that hotspot travel restrictions would be extended to include residents from Greater Melbourne from Tuesday.

It means they will only be able to enter NSW for limited reasons, such as getting medical care, or fulfilling a legal obligation.

Victoria on Monday had recorded an additional 127 new COVID-19 cases and two deaths.

NSW reported seven new cases of COVID-19 on Tuesday from 9746 tests, including a man who tested negative in hotel quarantine before returning home to Newcastle on Sunday and developing respiratory symptoms. He and his close contacts have been placed into isolation.

The other six cases were in travellers in hotel quarantine.