A man released from prison in America after serving 23 years for murder has spoken about imprisonment for a crime another man was convicted for. 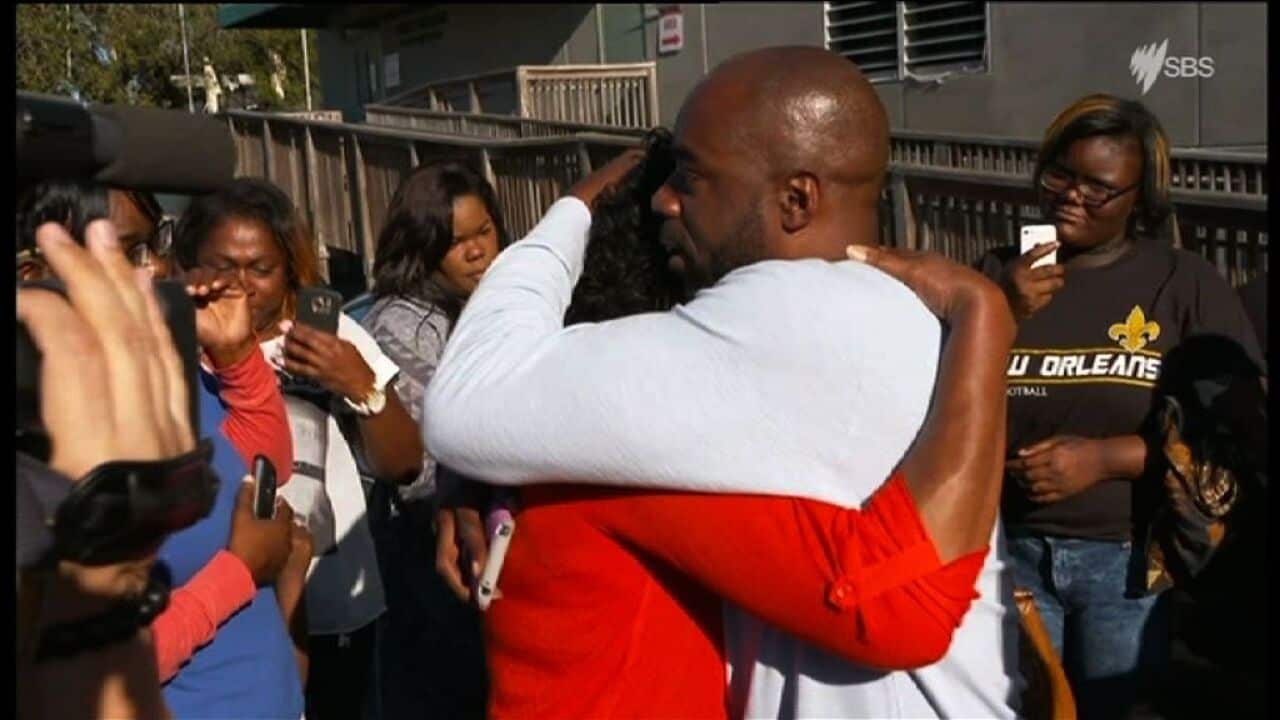 Robert Jones was jailed despite the fact the judge and police detectives involved in his case didn't believe he was guilty. Source: BBC

Robert Jones was jailed despite the fact the judge and police detectives involved in his case didn't believe he was guilty.

"I've been thinking about it for a million years, but I'm glad it has finally come today."

"The wheel of justice turns slow, but it turns."

Advertisement
On his release in New Orleans on Friday Mr Jones, now aged 42, simply said: "It's a great day".

Jones was sentenced to life in prison for the rape and manslaughter of Julie Stott in 1992, even though another man, Lester Jones, had already been convicted for Ms Stott’s murder.

Prosecutors had withheld crucial evidence in Robert Jones’ trial but another hearing in June did not release him.

The original trial judge and arresting officers have said in recent interviews with the BBC that they believed there had been a miscarriage of justice in the case.

This week he was released ahead of another trial after what a Judge called "disturbing testimony from a lead detective".