An Indian man who tried to kill himself by setting fire to his room at a refugee camp in Papua New Guinea faces charges of arson and attempted suicide. 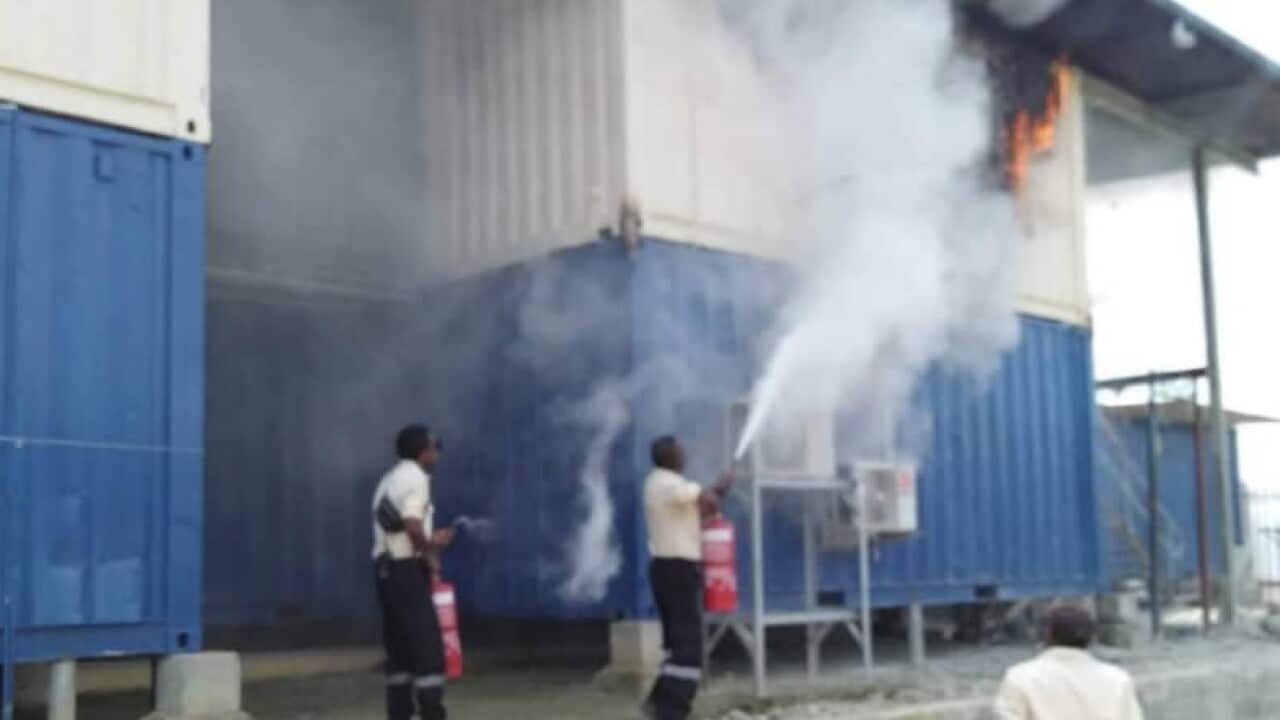 Police and immigration officers can be seen extinguishing the fire at the Manus Island compound. Source: Refugee Action Coalition

The latest person to try and kill themselves with fire at Manus Island's asylum seeker accommodation will be charged with arson and attempted suicide when recovered.

Indian national Ravinder Singh, 30, suffered burns to his face and hand when he locked himself in his room and set it on fire on Friday.

Attempting suicide is considered a misdemeanour under the PNG criminal code, and carries a penalty of up to one year in prison.

Arson carries a sentence of up to life in prison.

Manus police chief inspector David Yapu said once Mr Singh has returned to the island, "police will have him charged accordingly".

His friend, Manjit Singh who is also detained at the same facility, told SBS Punjabi that Mr Singh had been in pain for many months.

“He kept asking for medical treatment for his back and shoulder pain for four… five months now but they would just keep giving him painkillers and not proper treatment,” he said.

"He even struggled to walk."

Mr Singh is one of roughly 500 refugees and asylum seekers stuck in Papua New Guinea, having been stopped from reaching Australia.

The scene where a 31-year-old asylum seeker reportedly set fire to himself and his room at the Hillside Compound on Manus Island on Friday afternoon. Source: Refugee Action Coalition

Under hardline policies, Australia turns back anyone trying to arrive in the country by the sea - including refugees fleeing wars and unrest as far afield as Sudan and Iranian Kurdistan.

SBS News reached out to the Home Affairs department for comment but has been previously told the incident is a matter for the PNG government.

The refugees and asylum seekers on Manus had initially been held at an Australian detention centre, but are now detained in camps run by a private contractor as they await resettlement.