An Indian asylum seeker has reportedly set fire to himself, and his room, on Manus Island today. 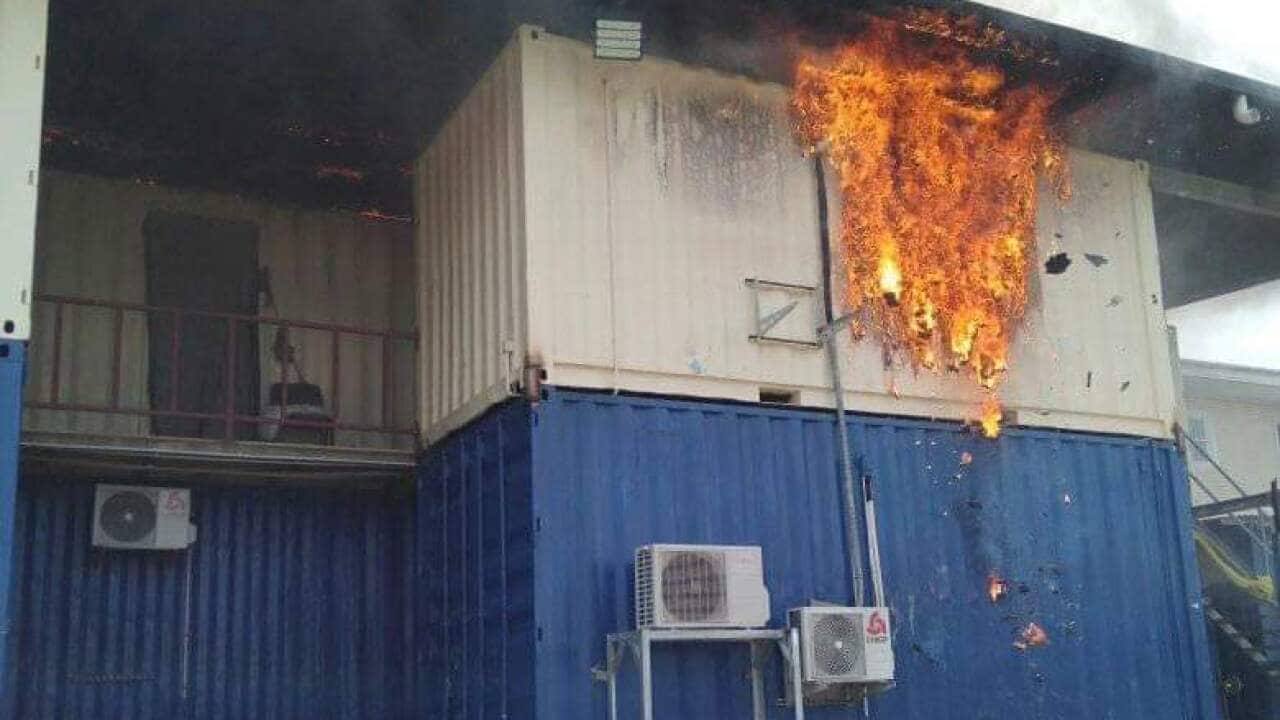 The scene where a 31-year-old asylum seeker reportedly set fire to himself and his room at the Hillside Compound on Manus Island on Friday afternoon. Source: Refugee Action Coalition

A 31-year-old Indian asylum seeker has set fire to himself and his room at the Hillside Compound on Manus Island, community activist organisation the Refugee Action Coalition reports.

Photos and video from the scene show police and immigration officers extinguishing the fire around 1pm on Friday.

The asylum seeker is believed to have suffered burns to his face and hands and has been taken to a health clinic at the East Lorengau compound.

Advertisement
Police and immigration officers can be seen extinguishing the fire at the Manus Island compound. Source: Refugee Action Coalition

His attempted self-immolation is the latest of a growing number of self-harm and suicide attempts on Manus Island.

The Refugee Action Coalition said there had now been more than 95 self-harm incidents, involving more than 62 asylum seekers and refugees.

Spokesman Ian Rintoul said while Canberra was busy debating whether to repeal the Medevac Bill, the situation on Manus was spinning "out of control”.

“Rather than point the finger at ‘advocate doctors’, he  (Home Affairs Minister Peter Dutton) should be getting those who need help off Manus and Nauru.

Mr Rintoul added, it had "always been up to Australia to provide protection for those who sought protection in 2013".

"Now they need to bring them all here.”