Marriage breakdown 'one of the greatest failures of my life': Joyce

The deputy prime minister maintains his personal life isn't public fodder and he's entitled to stand up for traditional definitions of marriage. 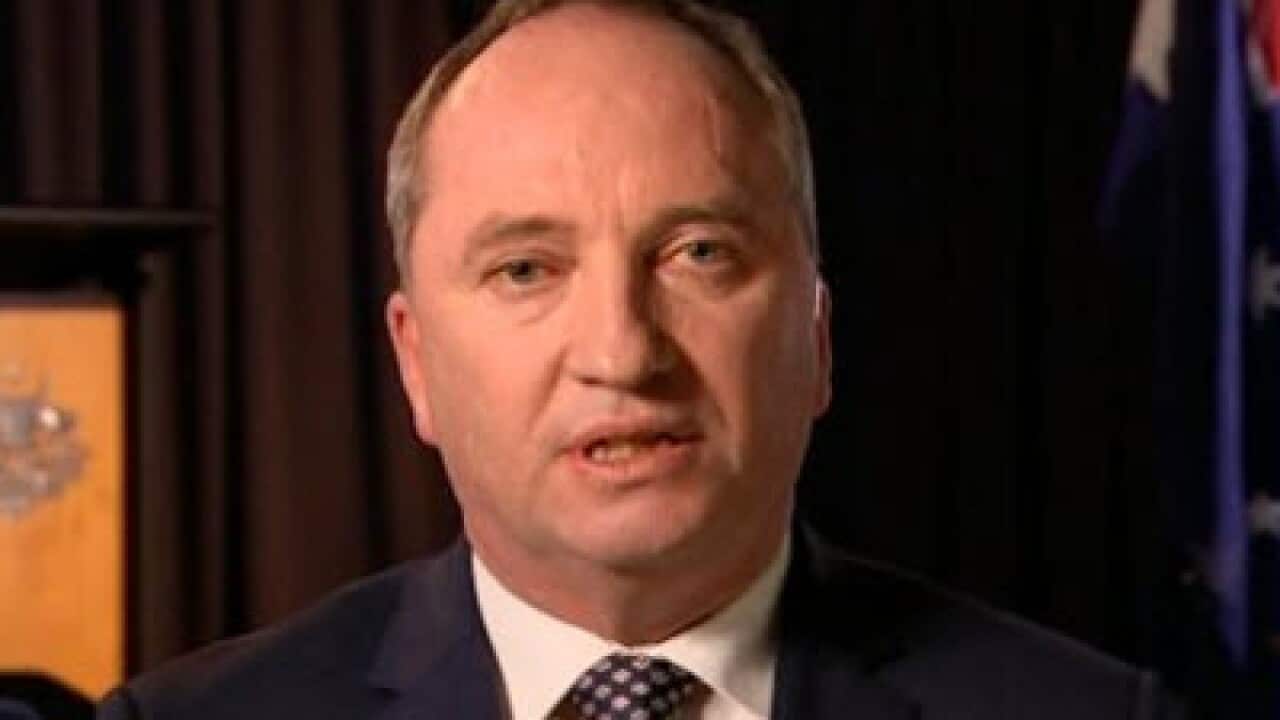 Barnaby Joyce's relationship with a former staffer was in the spotlight after 'The Daily Telegraph' published photos of his pregnant partner in its Wednesday edition.

"I can't quite fathom why a pregnant lady walking across the road deserves a front page, I don't know what the political purpose is to that," he told the ABC's 7.30 program.

"Everybody is trying to second guess what is a deeply private matter and I'm not going to do that."

Asked whether he'd used taxpayer funds to pay for travel or hotels in conducting the relationship, Mr Joyce said he'd already dealt with several Freedom of Information requests on the matter.

"They've FOI'd everything to do with my travel and nothing has turned up because there's nothing there," he said.


"It's not a case of using taxpayers' funds to conduct other things then what is your business."

His admission came as Parliament was debating the legalisation of same-sex marriage.

"The current definition of marriage has stood the test of time – half of them fail, I acknowledge that,” he told the House of Representatives at the time.

"I’ll acknowledge that I'm currently separated, so that's on the record."

"Just because my marriage didn't work out doesn't mean I disregard what marriages are about," he said.

"I'll say up front that one of the greatest failures in my life was the end of my marriage."

A conservative Catholic, has been surrounded by vicious innuendo about his personal life since the New England by-election in October.

As the front page reports surfaced on Wednesday morning, politicians from all sides of politics defended his right to privacy.

"I wish them all well and particularly the baby on the way ... the issues that are being canvassed in the media today have nothing to do with his performance as leader of the Nationals Party," Nationals MP Darren Chester said.

"His personal situation is none of my business and, with respect, it's none of anyone else's business."