A portrait of celebrity chef George Colombaris has taken out the Archibald Packing Room Prize. 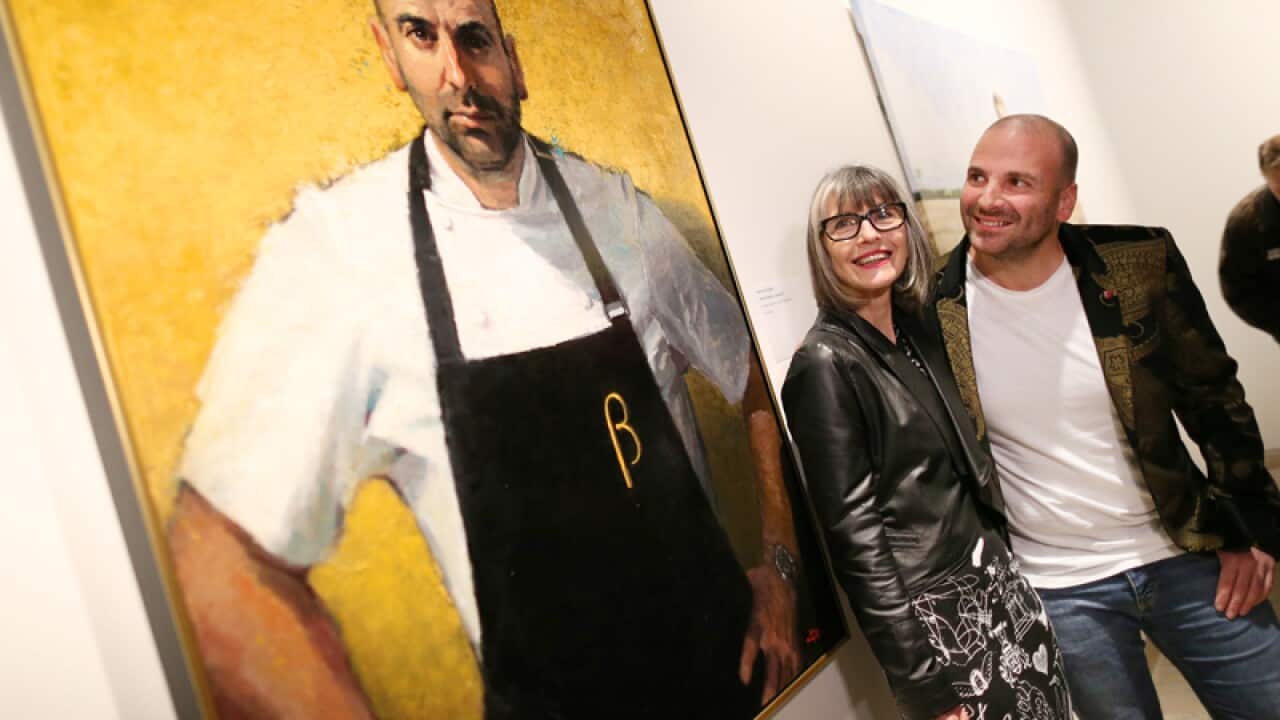 Every day for six weeks, Melbourne artist Betina Fauvel-Ogden would sit quietly in her studio and stare and paint.

The object of focus was her slowly emerging oil-canvas portrait of celebrity chef and restaurateur George Calombaris to enter in the Archibald Prize.

"I am a slow painter. I take a long time, a lot of thinking time," she told AAP.

Advertisement
"You're not actually always painting. You're looking at it, thinking.

"It was breakfast, lunch and dinner, every day."

Her meticulous approach paid off, with her painting of the cooking personality on Thursday taking out the Packing Room Prize, judged by NSW Art Gallery staff who unpack and hang the entries.

The portrait of Mr Calombaris, dressed in a white chef's garb and apron, is one of 51 works in contention for the Archibald Prize, to be awarded next Friday.

A self-confessed MasterChef tragic, Ms Fauvel-Ogden pursued the television personality for eight months until he agreed to be the subject of her portrait.

Once she arranged the first sittings, the next challenge was to overcome nerves.

"I just went for it and somehow a little magic happened," she said.

"I kept the lighting simple and focused on capturing the determination in his eyes."

Mr Calombaris said it was an honour to be the subject of another person's creativity, but admitted it was difficult to stay still for hours on end during three sittings.

"We're like-minded in many ways. The only difference is I put food on a canvas and Betina puts paint on a canvas," he said.

"It was a blessing to stand there and watch this incredible artist produce something."

Ms Fauvel-Ogden's debut entry will have to overcome history to win the Archibald Prize, with no previous Packing Room Prize winner going on to take out the top award.

Other works in the running were unveiled on Thursday, including portraits of comedian Barry Humphries and artist Wendy Whiteley.