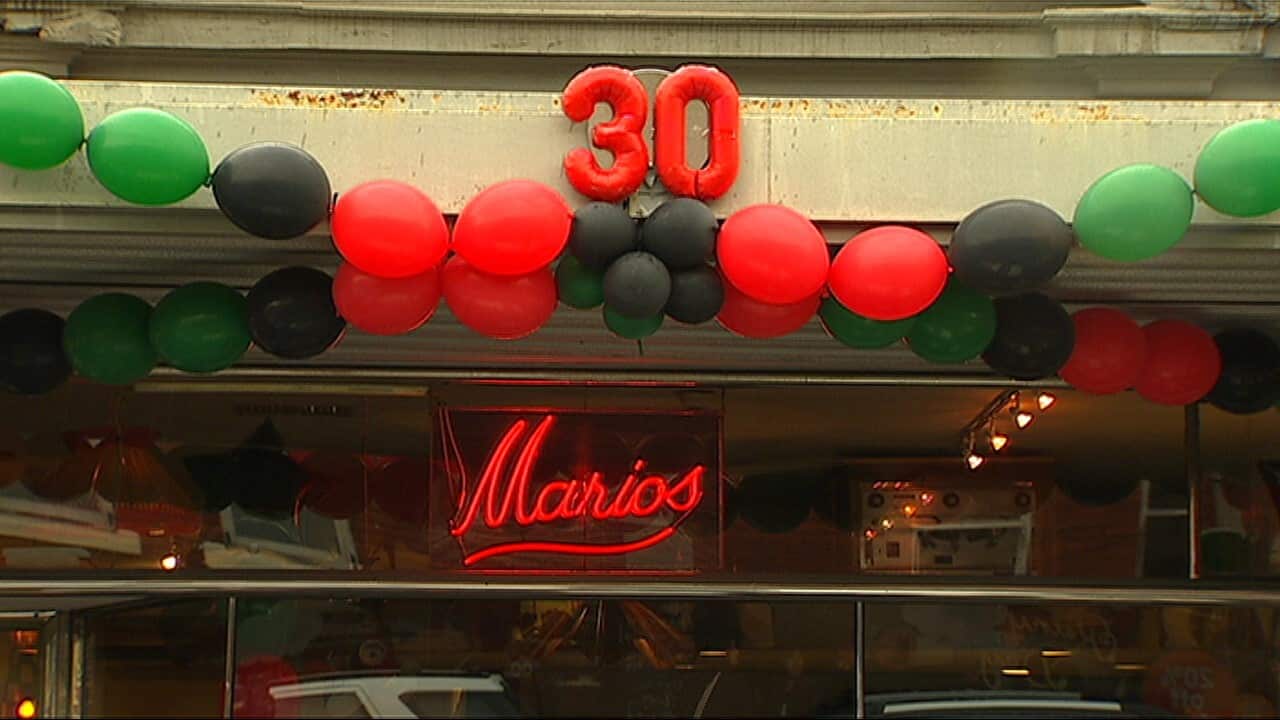 When Melbourne cafe Marios opened its doors 30 years ago, a coffee cost $1.

Two friends who shared Italian heritage and a hospitality background got together to open the Brunswick Street cafe on April 28, 1986.

Destined to become household names in Melbourne, 23-year-old Mario Maccarone initially worked the front-of-house while Mario De Pasquale, 32, was in charge of the kitchen.

Advertisement
While those days are long gone, for one day only, they invited customers to live like it's 1986.

Marios decided to throw a party to say thank you to their loyal customers.

Hundreds of people were expected to walk through the doors right up until the last order is taken at 10.30pm on Thursday.

Mr Maccarone believes the secret to their longevity is quite simple.

"We keep on trying to be relevant. And people keep coming. So we must be doing something right," he added.

When Marios first opened 30 years ago they were offering customers something very different.

"The reception was quite good at the time, because we were quite progressive at the time," Mr De Pasquale said.

"We offer breakfast all day and all night, and anytime. Nobody was doing that in 1986," Mr Maccarone said.

The Marios credit themselves with introducing locals to new culinary experiences.

"I think lots of people might have had avocados for the first time at Marios," Mr Maccarone said.

Since then, famous faces and everyday people have all dropped by for a meal.

"I've been coming here for about 20 years," one woman told SBS.

One young man said he'd been coming since he could remember.

"We love it here, it's an absolute institution of Melbourne," another customer said.