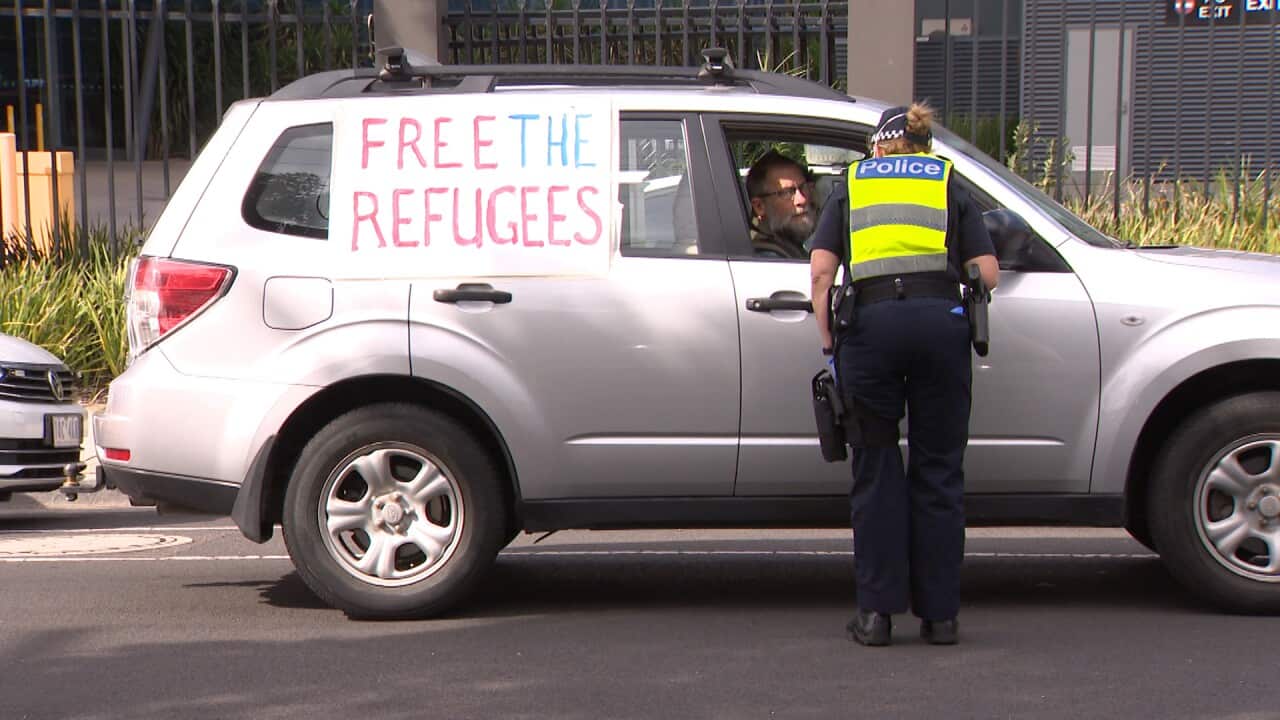 Police question a protester outside the Mantra Hotel in Melbourne. Source: SBS / , Video

Advertisement
Protest organisers said the demonstration was done in cars so that all protesters maintained their required social distance at all times.

Refugees and asylum seekers inside the Mantra Hotel in Melbourne. Source: SBS / , Video

SBS is committed to informing Australia’s diverse communities about the latest COVID-19 developments. News and information is available in 63 languages at
sbs.com.au/coronavirus.