Victoria Police say the deadly attack in central Melbourne has caused them to re-plan security at three key weekend events. 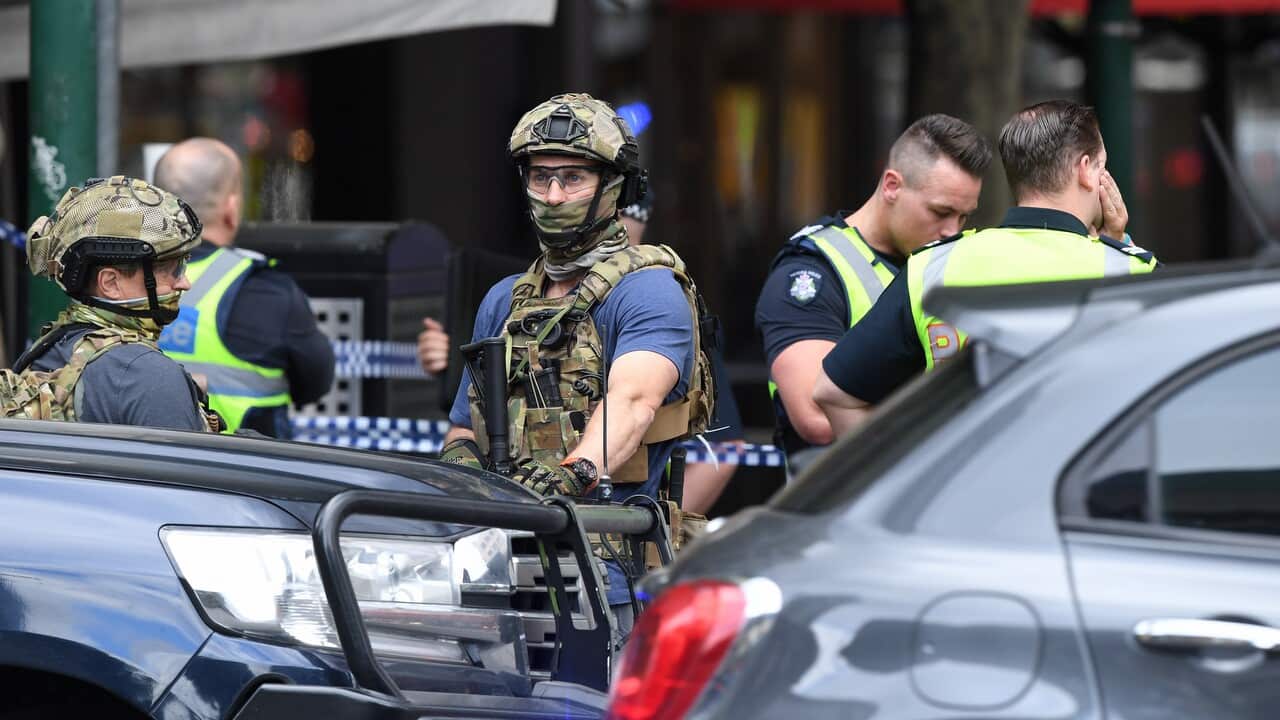 A violent terror attack in the heart of Melbourne has caused police to revise plans for public safety at major events over the weekend.

Speaking to the media on Friday night, Chief Commissioner Graham Ashton said in light of Friday's incident, he had asked police to re-formulate public safety plans for Stakes Day at Flemington Racecourse, football at AAMI Park and Remembrance Day on Sunday.


"We are doing security reassessments of those events in light of what's occurred here in Melbourne in the late afternoon," he said.

Advertisement
A man yet to be identified parked his ute in bustling Bourke Street just after 4pm and preceded to stab three men, one of whom died at the scene.

He was tasered and then shot in the chest by police and died in Royal Melbourne Hospital.

The vehicle he arrived in burst into flames with the bomb squad involved after gas bottles were discovered in it.

Premier Daniel Andrews called the deadly attack an "evil act" but said Victorians should not be defined by it.

"To the victims and their loved ones, we offer our prayers, support and deepest sympathies," he said.

"Victorians will continue to go about their business, together and with resolve".

Opposition leader Matthew Guy said there had to be an end to "this kind of extremism on the streets".

"I think all Victorians like myself would say that we do not have to live like this," he said.